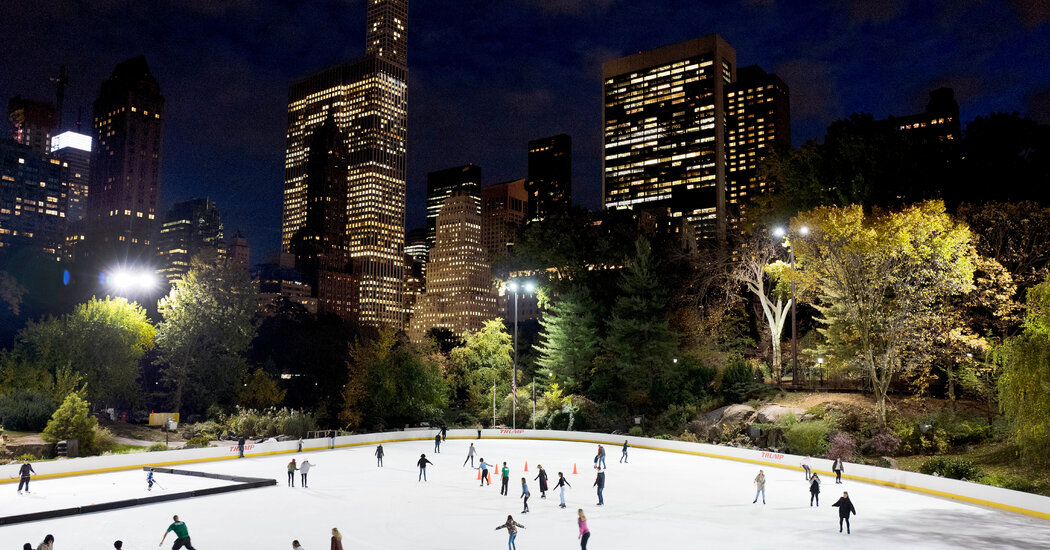 New York City is investigating whether it can cancel its contracts with the Trump Organization after last week’s deadly riot at the U.S. Capitol, Mayor Bill de Blasio said on Tuesday.

Mr. de Blasio, who has repeatedly accused President Trump of provoking the violent siege, said his legal team was assessing the city’s options.

“We are looking at that very, very carefully and very quickly,” Mr. de Blasio said when asked about the contracts at a news conference. “The president incited a rebellion against the United States government — clearly an unconstitutional act and people died. That’s unforgivable.”

It is not the first time the city has examined the Trump Organization’s contracts with the city, which include two ice skating rinks at Central Park, the Central Park Carousel and the Trump Golf Links at Ferry Point, a city-owned golf course in the Bronx. Mr. de Blasio’s administration has looked at the issue several times since 2015, including two years ago during the legal troubles of Mr. Trump’s former lawyer, Michael Cohen.

Some legal experts have said that it could be difficult for the city to terminate the contracts. The agreements contain language that forbids “arbitrary” or “capricious” reasons for cancellation if the decision appeared to be motivated simply by personal animus toward the president.

The city could also let the agreements expire. The contracts at Wollman Rink, near Central Park’s southern edge; Lasker Rink, in the northern end of the park; and the carousel end in April. The contract for the golf course ends in April 2032.

Many companies and institutions have moved to sever ties with President Trump and his family after the riot, including the 2022 P.G.A. Championship, which will no longer be held at the Trump National Golf Club in Bedminster, N.J.

Schools have also stripped the president of honorary degrees, and the New York State Bar Association announced it was investigating Mr. Trump’s personal lawyer, Rudolph W. Giuliani, which could lead to his removal.

New Yorkers have already sought to distance themselves from Mr. Trump, who was born and raised in New York City but repeatedly attacked the city as he ran unsuccessfully for a second term as president. His name has been stripped from private properties, including the Trump SoHo hotel, now the Dominick, and some former Trump Place condominiums in Manhattan.

In 2019, the Trump name was quietly removed from the skating rinks. It was particularly noticeable at Wollman Rink, where Mr. Trump’s name had long been splashed all over. In its place, logos read: “Wollman Rink NYC Central Park.”

While losing the New York City contracts might not be the greatest financial hit Mr. Trump is facing, it would be a major symbolic rebuke from his hometown.

Mark Levine, a Democratic city councilman who represents a slice of northern Manhattan, has long supported cutting the city’s ties with the Trump Organization.

“It’s been a no-brainer for years, but it would be beyond outrageous if, even now, we allow him to continue to profit off those businesses, which are on public property that is our sacred public green space,” Mr. Levine said.

Mr. Levine, who formerly chaired the Council’s parks committee, said he believed the city had the legal grounds to terminate the contracts because they were “at will” agreements. There is also a business rationale, he argued. Even before the pandemic, the concessions run by the Trump Organization were not doing well.

“They’ve been underperforming, so the city is getting a worse and worse deal out of it,” he said. “People are avoiding these places because of the Trump name.”

Mr. Levine sponsored a resolution in December 2019 “calling upon the mayor to not renew or issue new contracts with any entity that results in a direct financial benefit to President Donald Trump.” Soon the pandemic hit, and the resolution never passed the Council despite public support from Corey Johnson, the Council speaker.

In 2015, after Mr. Trump made derogatory comments about Latinos, Mr. de Blasio tried to terminate the licenses. But city lawyers said that was not possible because of First Amendment protections for Mr. Trump’s speech.

Mr. de Blasio said then that he did not believe that the city could cancel the contracts, but that it would not “do any business with him going forward.”

“My impression is that unless there has been some breaking of a contract or something that gives us a legal opportunity to act,” he said, “I’m not sure we have a specific course of action.”