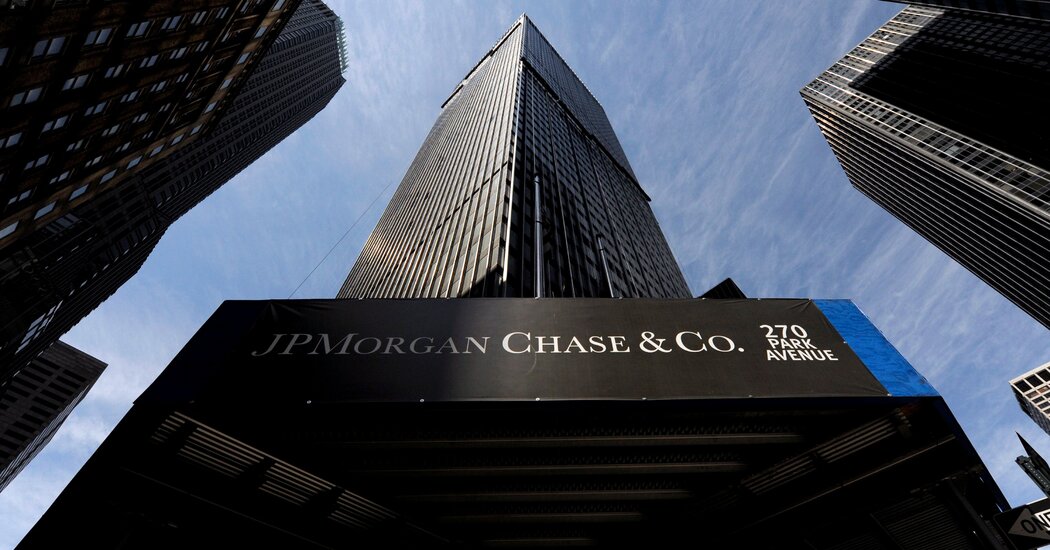 Big businesses often donate to both political parties and say that their support is tied to narrow issues of specific interest to their industries. That became increasingly fraught last week, after a pro-Trump mob stormed the Capitol and some Republican lawmakers tried to overturn Joseph R. Biden Jr.’s win in the presidential election.

A flurry of companies have since reviewed political giving via their corporate political action committees, according to the DealBook newsletter.

Some big banks are pausing all political donations:

Other banks, including Bank of America and Wells Fargo, said they would review their corporate contribution strategy.

Some companies are pausing donations to specific politicians. Marriott said it would pause donations from its PAC “to those who voted against certification of the election,” a spokeswoman told DealBook. She did not say how long the break would last or how the bank would decide when to resume.

Blue Cross Blue Shield, Boston Scientific and Commerce Bancshares are taking a similar, targeted approach to donation freezes. The newsletter Popular Information is tracking the responses of these and other companies that donated to lawmakers who challenged the election result.

The suspensions coincide with the first quarter after a presidential election, which is typically light on fund-raising anyway. Efforts by some companies to pause PAC donations to all lawmakers — those who voted to uphold the election as well as those who sought to overturn it — are raising eyebrows. And companies can still give to “dark money” groups that don’t disclose their donors but often raise far more money than corporate PACs.

In other fallout, the P.G.A. of America said it would no longer hold its signature championship at the Trump National Golf Club in Bedminster, N.J.; the social app Parler, popular among conservatives as an alternative to Twitter, went dark this morning after Amazon cut it off from computing services; the payment processor Stripe banned the Trump campaign from using its services; YouTube blocked Steve Bannon’s podcast channel; and the debate continues over tech giants’ influence over public speech.

The Paycheck Protection Program reopens this week, and underserved borrowers — including women-led businesses and those run by Black, Latino and Asian owners and other minorities — will be first in line to tap the new funds, The New York Times’s Stacy Cowley reports.

Giving community lenders a head start is intended to address complaints that the aid was not distributed equitably the last time around. Here are more details about the new program.

In the hours and days after a mob of President Trump’s loyalists stormed the Capitol, the nation’s biggest tech companies began to shut down accounts that helped incite the rampage. In the days and weeks before the attack, President Trump had used his Twitter feed and Facebook page to spread the lie that he had won the November election. It was that falsehood that helped drive the mob from to the Capitol last Wednesday after a speech by the president.

Facebook said the risks were too great to allow the president’s posts. Twitter followed suit. The focus shifted to Parler, a favorite app for right-wing figures. Citing posts on Parler that encouraged violence and crime, Apple and Google removed the app from their app stores. Then Amazon told Parler it would stop hosting it.

For Big Tech, the events of the past week raised tricky questions about politics, free speech and radicalization of people online.

How Parler, a Chosen App of Trump Fans, Became a Test of Free Speech

The app has renewed a debate about who holds power over online speech after the tech giants yanked their support for it and left it fighting for survival. Parler was set to go dark on Monday.

Stripped of Twitter, Trump Faces a New Challenge: How to Command Attention

The president became a celebrity through television, but Twitter had given him a singular outlet for expressing himself as he is, unfiltered by the norms of the office.

Amazon, Apple and Google Cut Off Parler, an App That Drew Trump Supporters

The companies pulled support for the “free speech” social network, all but killing the service just as many conservatives are seeking alternatives to Facebook and Twitter.

The president’s preferred megaphone cited “the risk of further incitement of violence.” It acted after Facebook, Snapchat, Twitch and other platforms placed limits on him.

Mark Zuckerberg, Facebook’s chief executive, said the risks of Mr. Trump using the service were too great, even as Twitter lifted its lock on the president’s account.

The ability of a handful of people to control our public discourse has never been more obvious, our columnist writes.

Nothing has stopped the stock market’s momentum over the last year: not the pandemic, not record unemployment and not the Capitol riot.

But don’t take that as a sign that the market is envisioning a calm and prosperous six months ahead, writes The New York Times’s Jeff Sommer. Instead, the rally simply reflects the greed of bullish investors. Here’s what’s fueling the high hopes:

George Barrios and Michelle Wilson — the former co-presidents of World Wrestling Entertainment who abruptly left the company a year ago — are announcing a new project: Isos Capital Management, an investment firm focused on media, entertainment and sports. The DealBook newsletter was the first to report the new venture.

Mr. Barrios and Ms. Wilson are veterans of the sports and entertainment business, including more than a decade at WWE. “We feel really proud of everything that was accomplished during our tenure, so we’re excited about the next chapter with Isos,” Ms. Wilson said. After WWE, they both considered several opportunities — including chief executive roles — but decided instead to continue working together.

The new fund will look at companies at all stages of development, with a focus on new technologies that keep fans and subscribers engaged. “There are spaces — whether it’s video gaming, e-sports, sports betting — that will drive fan engagement, and that digital transformation will really become the vehicle to make that happen,” Ms. Wilson said. She and Mr. Barrios declined to comment on other details about the fund.

As money has poured into the industry and deal-making has picked up, the fund’s founders believe their experience and contacts set them apart; at WWE, they led the company’s aggressive international push and signed content deals with USA Network and Fox Sports, among others. The company’s media division has helped counteract declining performance in its live performance unit in recent years.

“Capital is important, but it’s fungible,” Mr. Barrios said. “What Michelle and I bring is expertise, credibility and a global network.”

When the government releases its latest consumer price inflation reading at 8:30 a.m. on Tuesday, Wall Street investors will be eagerly watching the...
Read more
Business

All eyes are on Midtown Manhattan as everyone anxiously waits to see if and when office workers and tourists will return to what...
Read more