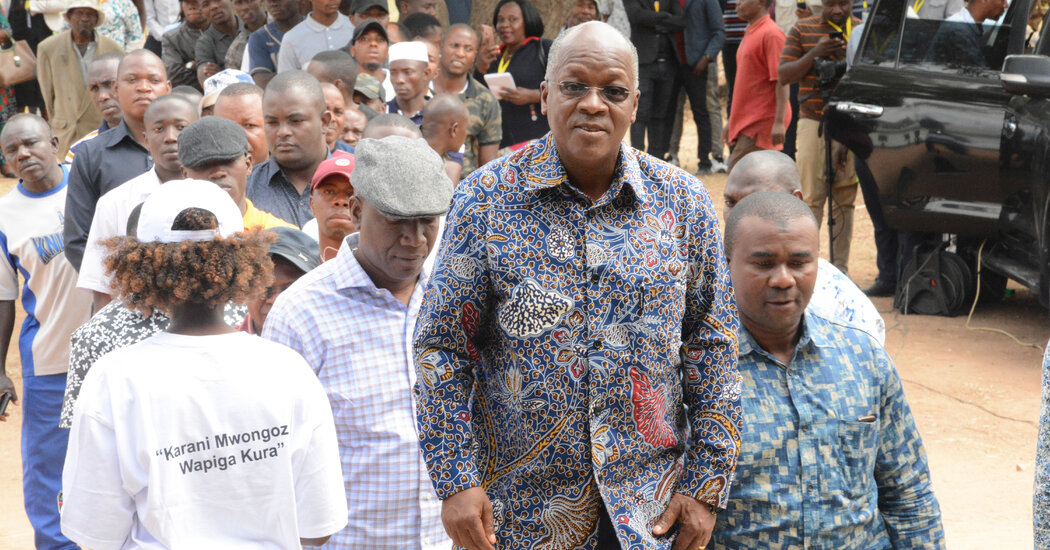 Tanzania’s president cast doubt on coronavirus vaccines and other measures to curb the spread of the pandemic, doubling down on his line of reasoning that only God could protect the East African nation. His comments came a day before the World Health Organization urged the nation to take measures to protect its population.

President John Magufuli of Tanzania, speaking to a large, unmasked crowd in the country’s northwest on Wednesday, questioned the efficacy of vaccines and discouraged the Ministry of Health from pursuing doses, saying the shots were not “beneficial” to the East African nation.

On Thursday, Dr. Matshidiso Moeti, the regional director for the W.H.O. in Africa, urged the Tanzanian government to share data, establish measures to protect its citizens from the virus and prepare for the vaccine. “Science shows that #VaccinesWork,” Dr. Moeti tweeted.

From the start of the pandemic, the Tanzanian government has been widely criticized for its approach to the virus, and Mr. Magufuli’s personal denial of the severity of the public health concerns has grown increasingly problematic in recent months. On Wednesday, he warned Tanzanians about being used as “guinea pigs” in the vaccine rollout, asked them to eat well and pray to God, and said that they need not expect any restrictions from his government.

“I do not expect to announce a lockdown even for one day because our God is living, and he will continue to protect Tanzanians,” Mr. Magufuli said to applause.

Mr. Magufuli also accused some Tanzanians of leaving the country to get vaccinated, only to bring back a “strange type” of the coronavirus. Mr. Magufuli has in the past scoffed at social distancing and mask wearing, promoted an unproven herbal tea from Madagascar as a cure and questioned testing kits supplied by the Africa Centers for Disease Control and Prevention. Since the middle of last year, his government has also not shared any data on the virus with the World Health Organization, with reported cases in the country, which has a population of about 58 million, still at 509, with 21 deaths.

Mr. Magufuli was re-elected to a second, five-year term in October in a vote marred by accusations of widespread fraud, a clampdown on the opposition and social media restrictions.