Tae Keller Wins Newbery Medal for ‘When You Lure a Tiger’ 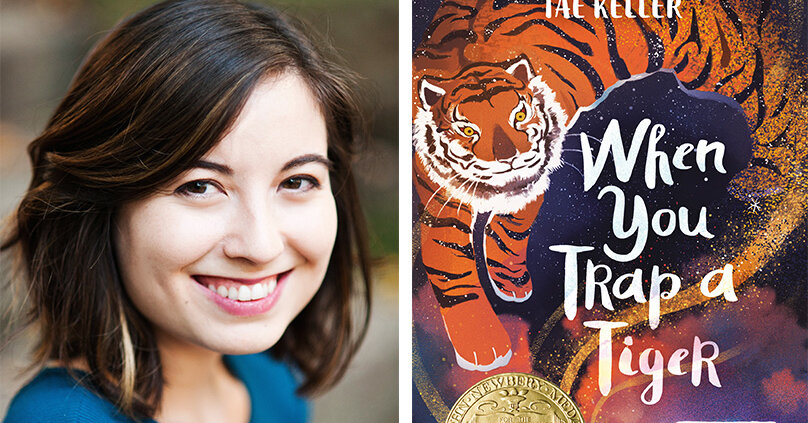 The American Library Association announced two of the country’s most prestigious prizes for children’s books on Monday: the Newbery Medal, which went to Tae Keller for “When You Trap a Tiger,” and the Caldecott Medal, an award for picture books, for “We Are Water Protectors,” illustrated by Michaela Goade.

“When You Trap a Tiger,” published by Random House Children’s Books, follows a biracial girl named Lily whose family moves in with her ailing grandmother. A magical tiger appears, a figure from her grandmother’s Korean folk tales, and offers Lily a deal in exchange for restoring her grandmother to health.

Keller, who grew up in Hawaii and, like Lily, is biracial, previously wrote the 2018 children’s book “The Science of Breakable Things.” The Newbery recognizes the year’s “most outstanding contribution to children’s literature.”

“We Are Water Protectors” was written by Carole Lindstrom and published by Roaring Brook Press, a division of Holtzbrinck Publishing. Goade, the illustrator, uses billowing watercolors and floral patterns in the book, whose main character, an Ojibwe girl, joins with other Indigenous people to fight the Dakota Access Pipeline.

Goade, who won the American Indian Youth Literature Award for Best Picture Book for “Shanyaak’utlaax: Salmon Boy” in 2018, is an enrolled member of the Tlingit and Haida Indian Tribes of Alaska.

The John Newbery and Randolph Caldecott Medals were announced at the American Library Association midwinter meeting, which was held virtually this year.

The organization announced other major prizes on Monday, including awards named for Coretta Scott King recognizing an African-American author and illustrator for outstanding work.

The illustrator award went to Frank Morrison for “R-E-S-P-E-C-T: Aretha Franklin, the Queen of Soul.” It was written by Carole Boston Weatherford and published by Atheneum Books for Young Readers, a Simon and Schuster Children’s Publishing Division imprint.

The author award went to Jacqueline Woodson for “Before the Ever After,” published by Nancy Paulsen Books, an imprint of Penguin Random House. Woodson has won several major awards in recent years, including a 2020 MacArthur “genius” grant, the National Book Award for young people’s literature for “Brown Girl Dreaming,” and the Hans Christian Andersen Award, which is a lifetime achievement prize in children’s literature.

In 2020, with many children stuck at home and not attending school in person, book sales for young people shot up. Print sales of juvenile fiction rose 11 percent compared with 2019, according to NPD BookScan, and juvenile nonfiction was up 23 percent. Print book sales overall climbed more than eight percent.