Regina King: Talking Reality to Energy By way of Her Artwork 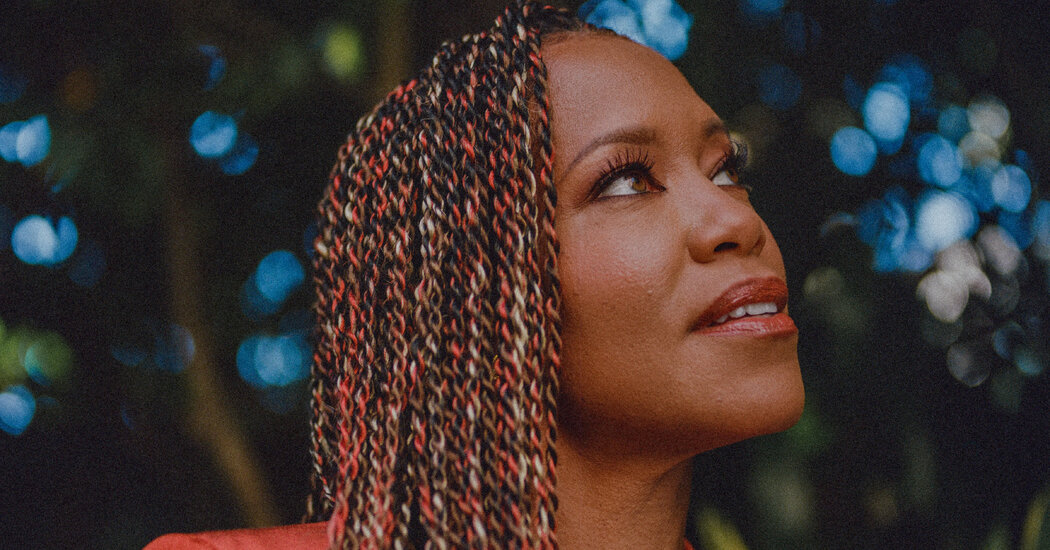 “One Night in Miami,” which will arrive on Amazon Prime on Friday, is a fictional account of a real 1964 meeting of four legends. On Feb. 24 of that year, Muhammad Ali, Jim Brown, Sam Cooke and Malcolm X got together several hours after the boxer won his first World Heavyweight Championship. Although in real life they did share ice cream as they do onscreen, in the film’s imagining, they also listened to music and vigorously debated their roles in and the goals of the civil rights movement.

Set in Malcolm’s humble room at the Hampton House, a Miami motel that Black guests frequented, the acclaimed drama follows each of these men as they confront life-altering choices in their political consciousness and professional careers:

—Malcolm (played by Kingsley Ben-Adir) is on the verge of leaving the Nation of Islam, which he serves as its most charismatic minister and for which he has recruited the 22-year-old Cassius Clay.

— Clay (Eli Goree) is planning to announce his affiliation with the Nation of Islam and his name change to Muhammad Ali the next morning.

— The All-American athlete Jim Brown (Aldis Hodge) is torn between his desire to make a difference on the big screen as an actor and his football career with the Cleveland Browns.

— And asserting his artistic independence, the singer Sam Cooke (Leslie Odom Jr.) has become one of the few Black Americans to own their record label, amassing dozens of Top 40 hits, including, that February, “A Change Is Gonna Come.”

The film focuses on that evening; in real life, tragedy quickly came. By December, Sam Cooke would be dead, killed in a Los Angeles motel room. Malcolm would be assassinated a few months later. And by 1967, Ali was facing prison and effectively banned from boxing after a conviction for draft evasion in the Vietnam War. Of the four, only Brown, who retired in 1966 as the N.F.L.’s leading rusher for a career in Hollywood, remains alive.

“One Night in Miami” started life as a 2013 play by Kemp Powers (“Soul”) who also adapted the screenplay. It was his stirring attempt to transform figures who had come to be revered as monuments into three-dimensional characters who could be remembered as men.

Moved by Powers’s emphasis on intimacy over iconicism, the actress Regina King immediately wanted to tell this story onscreen, making “One Night in Miami” her film directorial debut. While King has directed episodes of television shows, she is best known for giving some of the most powerful performances on the big and small screen, winning several Emmys, most notably for last year’s “Watchmen,” in which she played Angela Abar, a Tulsa cop by day and a ninja-nun by night. In 2019, she won an Oscar and a Golden Globe for supporting actress for Barry Jenkins’s “If Beale Street Could Talk.”

This time the Oscar buzz surrounding King is for best director. There is also talk of honors for the performances she cultivated, particularly from Odom and Ben-Adir, who spar onscreen. (Ben-Adir won a Gotham Award this month.) In a video interview, King discussed how she wanted to depict the men behind the legends, how her relationship with her 24-year-old son, Ian Alexander Jr., informed this film, and why she found it necessary to complete the project during our summer of unprecedented racial protests. These are edited excerpts from our conversation.

What originally attracted you to this story?

In 2019, I read the play, and then immediately after I read the screenplay. But, this subject has been present for Black people ever since our history in America has existed. I also thought Kemp’s words were a love letter to the Black man’s experience. As an audience member, I feel like I don’t often get the opportunity to see our men realized onscreen the way we see them in real life.

These men were so iconic in the 1960s. How did you balance representing them onscreen without being overly hagiographic?

Kemp’s work is not a biography about every single one of their lives. That would have had to be a mini-series, because these men’s lives were so full. It’s not a cradle-to-grave movie. The intention was to capture the sides of these men that we don’t get a chance to see. We tend to treat them as though they are gods almost. But while these men were larger than life, they also had the same sort of angst and concerns that my father, my uncles, my friends have as well. So often we don’t get the opportunity to see the vulnerability that Black men possess and their humanity. You can’t have true strength without vulnerability.

Younger people might have heard of Malcolm X or Muhammad Ali, but might be less familiar with Jim Brown and Sam Cooke. How did you approach introducing them to a new generation?

The film is a quiet film, but it’s loud as far as the subject matter. I’m one of those people that feels like these four men are timeless. Malcolm’s autobiography had an impact on my son just as it had on me in my 20s. But it’s a gamble. When you talk about the 20-somethings of the world, some of them might not be able to be patient enough to sit down and just take it in. Luckily, I’ve been able to live vicariously through my son to see the technology and things that spark their interest. So, while this is a period piece, I still want it to be visually attractive and thought saturating it with color was more likely to get the attention of younger people than a muted palette. The color also represents the resilience of Black people. We still managed to smile, dance, laugh, love, even with all of the things that we are up against, just in day-to-day life.

You were filming “Watchmen” when you decided to direct “One Night in Miami.” How did that experience influence your making of this film?

It was perfect timing. Our entry point into “Watchmen” was the Tulsa massacre. We track the pain that Angela [her character] had inherited from that event and the discoveries that she then makes about herself and her family. For me, “One Night in Miami” is a companion to it. Depending on who you talk to or what book you read, a lot of this history has been revised, omitted or just ignored. But, even if you look at my other work — in “American Crime” or “Seven Seconds” — these are the projects that God has blessed me with and that I want to be part of telling. I don’t really classify myself as a great speaker or a Dr. King, no pun intended, but I do feel like there are things that I’m consciously and subconsciously attracted to that have allowed me to use my art to speak truth to power.

You are one of the most celebrated actors of your generation. How do you think your background as an actor and a television director helped you to pull out certain performances from your cast?

Television moves much faster; you have more prep time with film. But what I did do here that’s more like directing for TV than film is to have Kemp by my side throughout the process. Most of the time with movies, the writers are omitted, but I felt like it would be a disservice to not have him as part of the entire process. In my experiences in TV, the writer is very much involved, so I’ve seen the benefit of that.

One of the things that attracted me to his script is that it’s an actor’s piece. And being an actor, of course, I’m going to gravitate to something that I feel like is an opportunity for thespians to really sink their teeth in. And being an actor, I understand what it takes to get to emotional space and “what’s easy” for one actor is not necessarily easy for another, how one communicates is not the same for another. I’m sensitive to all of those things.

2020 was an unprecedented year in so many ways. How did the Covid-19 pandemic and racial justice protests impact your making of this film?

We started shooting in January 2020 and left New Orleans in February, because we always intended to shoot two more scenes in Los Angeles. And then Covid hit, so we figured that we’d pause and not be hasty because these conversations are always happening. We felt like they weren’t going anywhere. But we could not have guessed that the uprisings were going to happen. So, when we found ourselves in that powder keg moment [in June], I began speaking to Eli, Leslie and the other actors, and everyone was like, “Oh, got to do it.” As filmmakers, we felt it was our responsibility to be safe and that as soon as L.A. was going to open up to shoot again, we could create a really small footprint and do almost like a skeleton crew to get those two scenes done.

I was surprised by how much acrimony exists between Malcolm X and Sam Cooke in your film as they disagree over what their roles in the Civil Rights movement should be. In our current political moment, what do you hope audiences take away from the complicated relationships these men have with each other as well as with Ali and Brown?

For me, watching Malcolm and Sam was more of a reminder that all of those perspectives have to exist in order to actually make a movement move. And when you get to their conversation about social responsibility, that’s just two approaches. But it was also necessary to have Cassius and Jim help each of them see the other’s perspective.

The thing that’s so beautiful in “One Night in Miami” for me is both Sam and Malcolm realize, “Yeah, I shouldn’t have said that.” They don’t necessarily say, “I’m sorry.” But they do say, in so many ways, “I see you, man. And I hear you, and I feel you.” And that’s a beautiful thing these actors capture. I just hope that comes across and is received. That you can debate with love and respect.