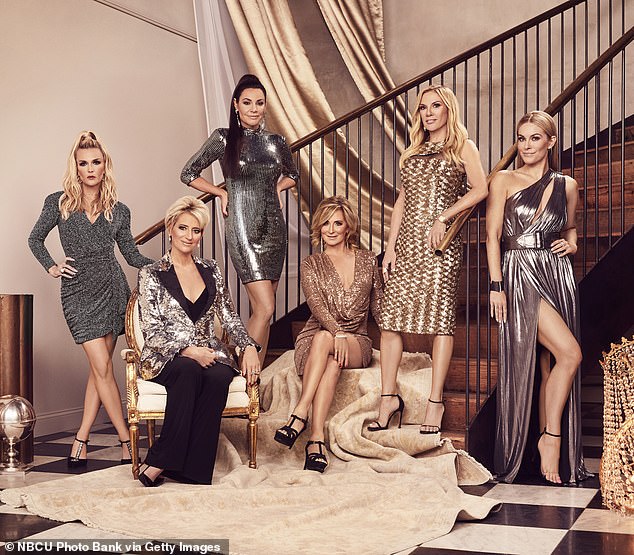 By Brian Marks For Dailymail.com

The Real Housewives Of New York City has gone into another shutdown after a member of the principal cast tested positive for COVID-19.

The affected housewife hasn’t been publicly named yet, but they only have mild symptoms at the moment, Page Six reported on Thursday.

In October, DailyMail.com revealed exclusively that the production was slowed down after a cast member contracted the novel coronavirus.

Shutdown again: Production on The Real Housewives Of New York City was shut down again for two weeks after one of the cast members tested positive for COVID-19, Page Six reported Thursday

The news of the positive test has reportedly left other members of the cast and crew seeing red.

The production was set to end its drawn-out season with a dramatic trip from the city to upstate New York, but the trip has now been postponed until everyone is feeling better and free of the virus.

‘Everyone’s pissed because now they have to wait another two weeks, then do the trip,’ said a source with the series.

Another insider added: ‘The trip was canceled as part of the network’s strict safety protocols for cast and crew during COVID.’ 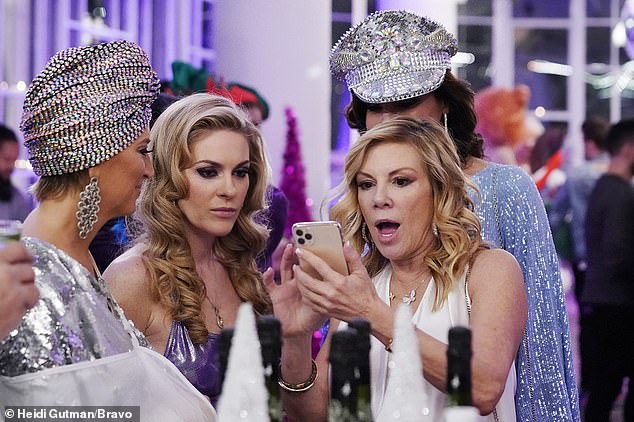 Health scare: In October, DailyMail.com revealed exclusively that the production was slowed down after a cast member contracted the novel coronavirus 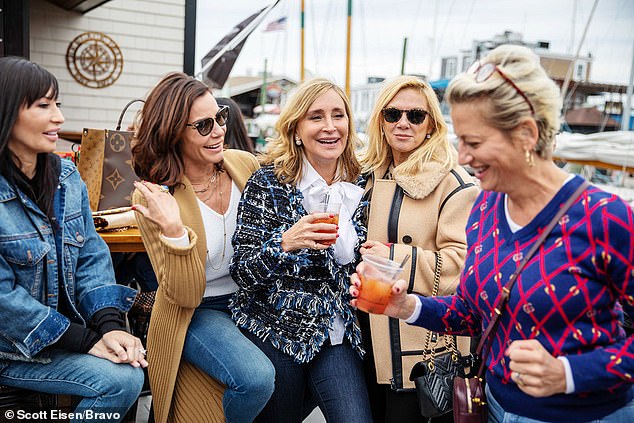 Delayed: The cast and crew were set to travel to upstate New York to film a special gathering, which will have to wait

Bravo hasn’t yet commented on reports of the newest shutdown.

Although other outlets reported that a crew member had tested positive for COVID-19 in October, DailyMail.com stuck with its report that one of the housewives contracted the virus.

At the time, an insider said the ‘production goes to great lengths to keep everyone safe, so as soon as the diagnosis was revealed, filming immediately stopped.’ 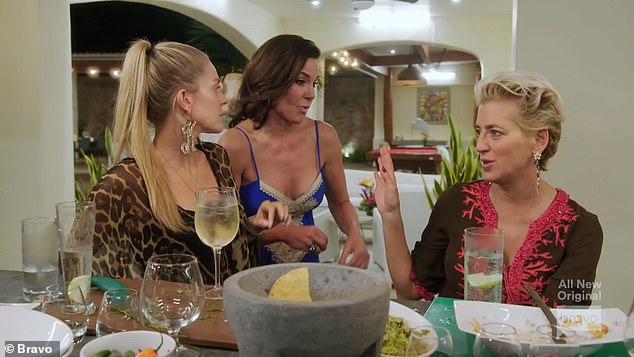 Staying put for now: ‘Everyone’s pissed because now they have to wait another two weeks, then do the trip,’ said a source with the series

The ongoing season 13 will represent a significant change for the long-running reality series, as longtime stars Dorinda Medley and Tinsley Mortimer departed after season 12.

‘Watch Leah and Ramona battle it out this season while poor Luann is really struggling without her cabaret or any sort of storyline,’ our insider said.

Due to New York City’s attempts to battle the ongoing pandemic, Luann de Lesseps’ performances have had to go on hiatus. 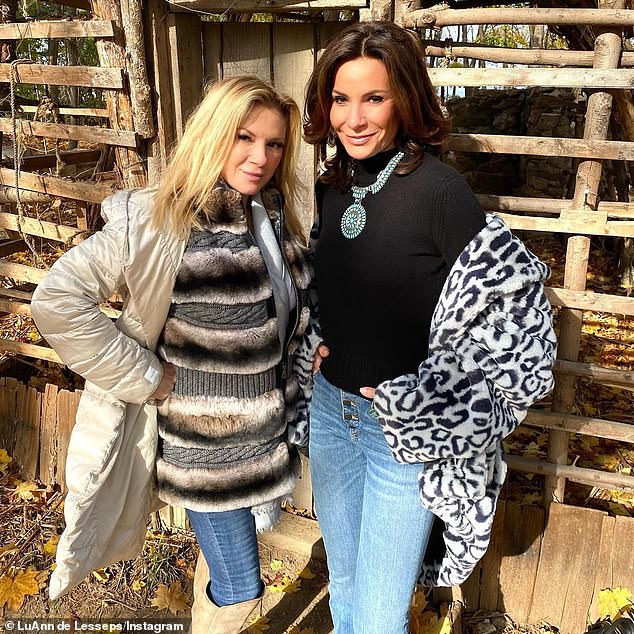 Not doing well: As of the last coronavirus shutdown, an insider told DailyMail.com that Luann de Lesseps was ‘really struggling’ 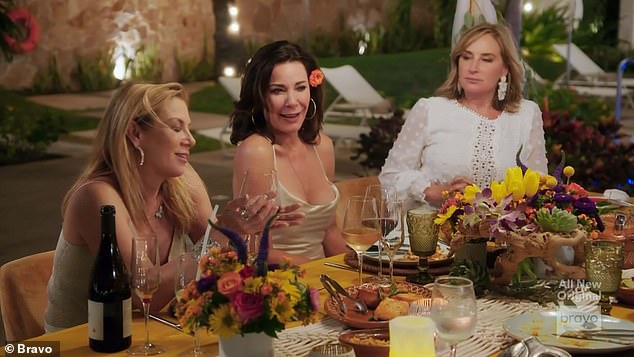 On hold: She had trouble finding good material to film ‘without her cabaret or any sort of storyline,’ as NYC’s response to the ongoing pandemic prevents her from performing with live audiences

‘After stealing Jovani from Dorinda, she has now hijacked her health coach, Dr. Daryl Gioffre,’ they continued.

‘Luann has also latched onto the newest housewife, Eboni, in a last ditch attempt to stay relevant. You can tell she is worried this is her last season.’

This is the first season for Eboni K. Williams, an attorney and former Fox News host who becomes the first Black housewife on The Real Housewives Of New York City.

She represents a departure for the series, as she isn’t married and doesn’t have any children. 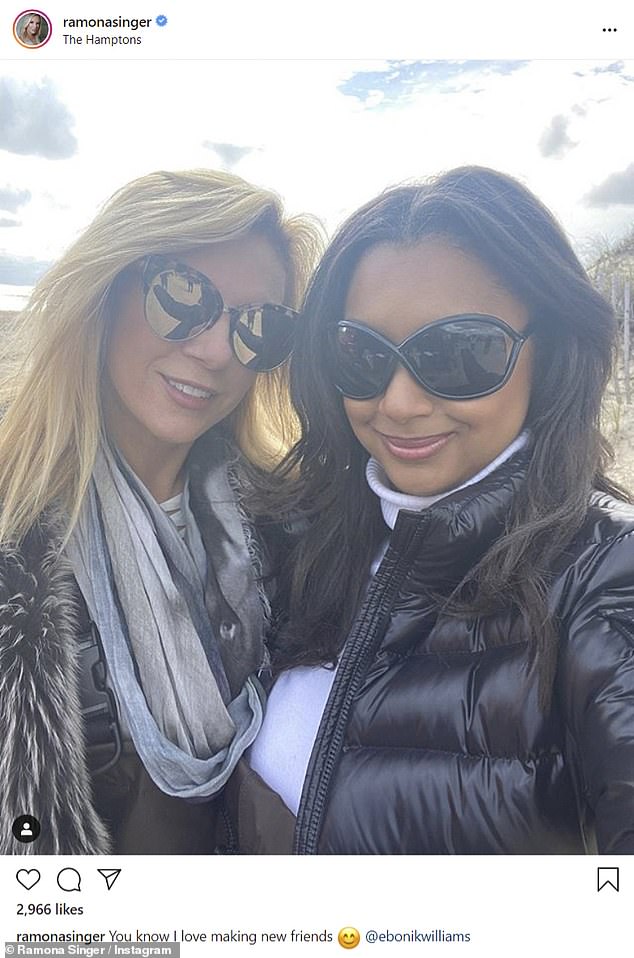 Fresh air: Eboni K. Williams will be the first Black housewife. She also departs from the other housewives, as she’s unmarried and doesn’t have children 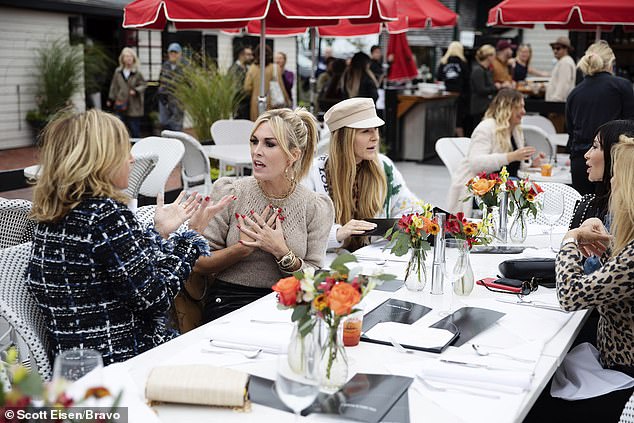 Back at it: Other returning housewives including Ramona Singer, Sonja Morgan and Leah McSweeney 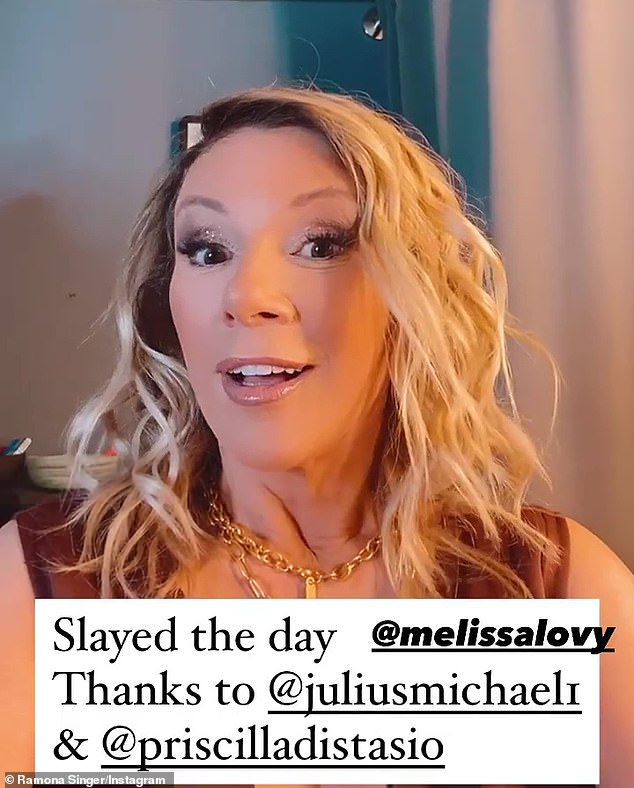 Looking good: Ramona Singer checked in later on Thursday for ‘another day of filming’ in what she called ‘the hot seat’ while she thanked her hairstylist and makeup artist

WASHINGTON: For the first time, Canada takes the top spot overall in the 2021 Best Countries Report, a ranking, and analysis project by...
Read more
NEWS

WASHINGTON: The Biden administration, in a fresh submission before a US court, has reiterated its support to India's request for the extradition of...
Read more
NEWS

WASHINGTON: President Joe Biden has greeted the Muslims in the US and across the world observing Ramzan, and hailed the contributions of the...
Read more