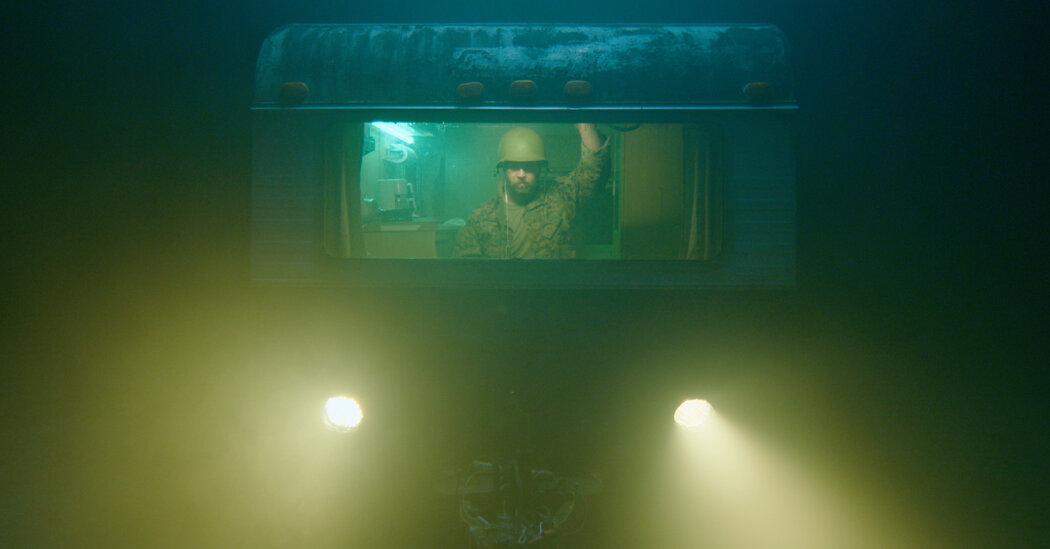 What can an opera company actually do in a pandemic? Yes, some previously planned performances can be turned into livestreams, and broadcasts of past stagings can be made freely available — if only to remind the public what it’s missing.

But where some companies might be resigned to only that, Opera Philadelphia pluckily spent 2020 commissioning new work and launching its own streaming service. OperaPhila.tv, which debuted in October and is available as an app for major streaming devices, so far features just one vintage broadcast: an engaging 2015 production of Verdi’s “La Traviata,” featuring a then-rising soprano Lisette Oropesa. Everything else, including a new version of David T. Little’s “Soldier Songs” that premieres on Friday, has been produced during the pandemic. (Subscriptions for the season, which continues through May 31, cost $99, though individual titles are available to rent.)

Compared with other American companies, Opera Philadelphia is laying claim to the mantle of making new material during the pandemic. (The Metropolitan Opera, for example, maintains a vast digital library of past performances, but is postponing any premieres until next season.) Still, what’s most notable about OperaPhila.tv is not its mere existence, but the strength of the work on offer. It debuted with a stirring, pretaped recital headlined by the tenor Lawrence Brownlee, and shortly thereafter added another searing performance — also starring Brownlee — of Tyshawn Sorey’s “Cycles of My Being,” a work first presented by the company in 2018.

As a performer, Brownlee visibly delights in the bel canto repertoire (check out his Donizetti, in that recital), as well as in Sorey’s contemporary language. The Opera Philadelphia producers have clearly found ways to create videos, complete with distinct aesthetics, that complement the singer’s range.

David Devan, Opera Philadelphia’s president, recalled in a recent interview that as live performances came to a halt last spring, he told artists and donors, “I don’t want to band-aid my way through this” — a guiding statement that has helped turn the company into a pacesetter for virtual performance.

So when the baritone Johnathan McCullough proposed turning a new production of the chamber-sized “Soldier Songs,” originally planned for the stage, into a film, Devan quickly gave the green light. “We got a grant, we found a partner, and we went ahead and filmed it,” Devan said. “Not having any idea what we were going to do with it, or where it was going to go.”

Arriving online about half a year and $350,000 later, this version of “Soldier Songs” is a worthy addition to the far-too-slight catalog of opera presented in cinematic form — productions that place equal importance on camera work and sound fidelity, as opposed to simply taping a live performance.

The original, live staging would have situated the protagonist — a soldier whose tale derives from interviews Little conducted with veterans of war — inside a trailer. McCullough, the production’s star and director, had proposed to Opera Philadelphia that this trailer could tour to multiple cities; in the film version, the trailer becomes a location from which the soldier experiences flashbacks and visions.

That filmic conception puts a fresh — even revelatory — gloss on “Soldier Songs.” Its imagistic playfulness accords with the subtlety of the score’s blend of post-Minimalist and hard-rock influences. And the film’s engagement with text is likewise sharp. In Little’s libretto, the character of the soldier is presented at different ages: as a child playing with toy guns and soldiers; as a video-game-addled teen; as a fresh recruit in combat; as an experienced war maker dealing with loss; and finally, as an elder managing trauma.

With quick cuts and striking imagery, McCullough’s filmed version allows a more fluid, vertiginous tour through the character’s timeline. Instead of progressing in the linear fashion of the libretto, the soldier’s full life is often in view, inside single shots, no matter the age being dramatized within a particular song. When the teen is playing militarized video games, we see him cramming junk food in his mouth while manipulating a controller; later, when the soldier is listening to music during combat (“Still Life With Tank and iPod”), he steers the trailer, doubling as the tank, using that same controller.

McCullough’s singing was captured live during shooting; he sang to instrumental tracks that Corrado Rovaris, the music director, recorded with members of the company’s orchestra last fall. (Prerecorded samples that have lived with the work since its early days were also used.) For this film version, McCullough wrote a new screenplay with the producer, James Darrah, whose experience in film production helped compensate for McCullough’s being a newcomer to directing.

To my eye, this production of “Soldier Songs” ranks with some of the best vintage work in filmed opera. (Some exemplary models include the Vienna Philharmonic’s “Salome,” starring Teresa Stratas, and the Hamburg State Opera’s “Wozzeck,” starring Toni Blankenheim.) While not as exalted as a movie, it also belongs in a conversation with adaptations of operas by noted film directors, such as Powell and Pressburger’s “The Tales of Hoffmann” and Ingmar Bergman’s “The Magic Flute.”

Opera companies have rarely explored this visual realm, outside of telecasts. On one level, that’s understandable, given their need to sell the uniqueness of a live experience. But the success of film directors like Franco Zeffirelli and Anthony Minghella on operatic stages also suggests that there’s a profitable aesthetic dialogue to be had.

Even before the pandemic, filmed opera was on Devan’s to-do list, going back to the Opera Philadelphia’s O18 festival, in 2018. At that time, the company began exploring a filmed version of its cabaret presentation of Poulenc’s “La Voix Humaine,” which is expected to be a part of the season next fall.

Devan said that when live, in-person performances resume, the company might take a fusion of approaches. “We want to integrate this cinematic work into our in real-life performance world, so that at Opera Philadelphia, you can choose,” he said. “You can self-curate a wide range of operatic experiences.”

Until then, the company has more virtual premieres of chamber pieces in store. Four additional “digital commissions,” overseen by Sarah Williams, the new works director, are set to arrive on OperaPhila.tv this spring. Each was conceived as a 20-minute film, featuring a singer and a few instrumentalists.

Those commissions come from some contemporary music heavyweights, including Courtney Bryan, Angélica Negrón, Caroline Shaw and Sorey (once again). For opera fans missing the thrill of new stagings and premieres, Philadelphia’s modest but steady diet of virtual content — more than merely a pandemic substitute — promises to be one of the best bets going, worldwide.