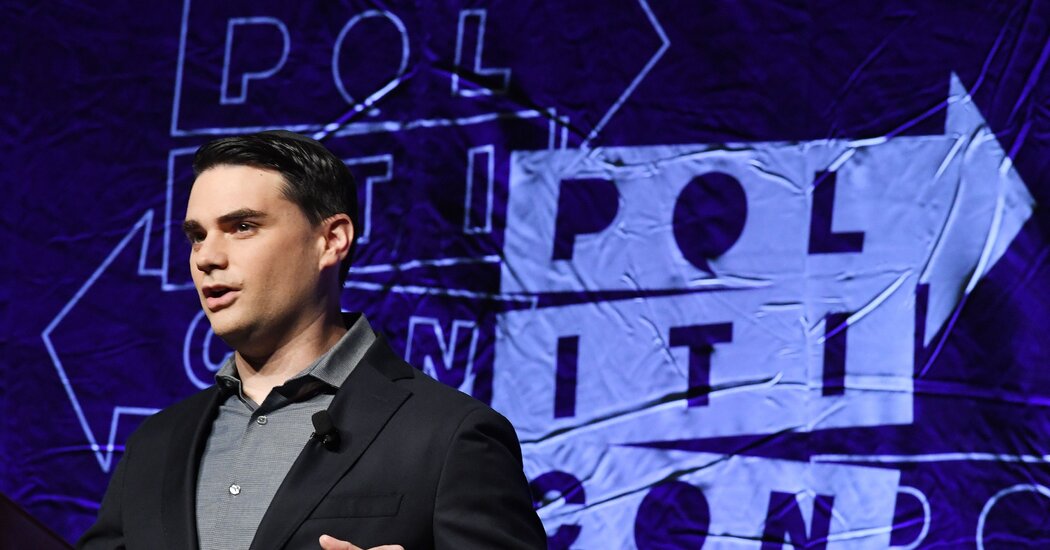 Politico faced a backlash from its staff on Thursday after it handed its Playbook newsletter, a popular morning read in Washington, to the right-wing commentator Ben Shapiro for a day.

A month after the exit of Playbook’s two longtime writers, Politico has brought in a series of guests to handle the daily missive. In recent days, they have included Chris Hayes of NBC News; Eliana Johnson, the editor in chief of The Washington Free Beacon; and James Bennet, the former New York Times opinion editor.

Politico’s decision to give Mr. Shapiro a turn drew criticism from Politico journalists. More than 200 members of the staff joined a Zoom call with the editor in chief, Matthew Kaminski, on Thursday afternoon to discuss the move. Many argued that Politico should not have given the platform to Mr. Shapiro, the host of the podcast and radio program “The Ben Shapiro Show,” according to two reporters on the call, who spoke on the condition of anonymity to describe internal conversations.

In his edition of the newsletter, Mr. Shapiro wrote that Republican leaders were justified in opposing the second impeachment of President Trump because of “a deep and abiding conservative belief that members of the opposing political tribe want their destruction, not simply to punish Trump for his behavior.”

Mr. Shapiro is a former editor at large at Breitbart News and the author of “Brainwashed: How Universities Indoctrinate America’s Youth” and “How to Destroy America in Three Easy Steps.” He has said transgender people suffer from a “mental disorder.” In 2016, Mr. Shapiro wrote on Twitter that Trayvon Martin, a Black teenager whose killing in 2012 by a neighborhood watch volunteer in Florida made national news, “would have turned 21 today if he hadn’t taken a man’s head and beaten it on the pavement before being shot.” (The circumstances of Mr. Martin’s death were in dispute. There were no witnesses to the shooting.)

A Politico spokesman said in a statement that the publication had tried to “assemble a roster of guest authors who are prominent thinkers and writers and represent a range of perspectives.”

“What sets Politico apart in this intense political and media moment is that we rise above partisanship and ideological warfare — even as many seek to drag us into it,” the statement continued.

Mr. Shapiro said Thursday that he was grateful to Politico for the opportunity and unsurprised by the reaction. “I openly warned editors at Politico that they were likely to face this kind of blowback for hosting me, and to their credit, they hosted me anyway,” he said in an email interview.

Mr. Shapiro said the criticism from Politico’s staff had proved a point he has been making for years. “This phenomenon — the ostracization of conservatives more broadly as the end-goal of many on the Left — was the exact point of my piece in Playbook,” he wrote in the email.

The writers of Playbook for four years, Jake Sherman and Anna Palmer, left in December to start Punchbowl News, a Politico competitor, with another former Politico reporter, John Bresnahan.