P.O.V.: You’re Geppetto, Lacking Your Wood Son From Contained in the Stomach of a Fish 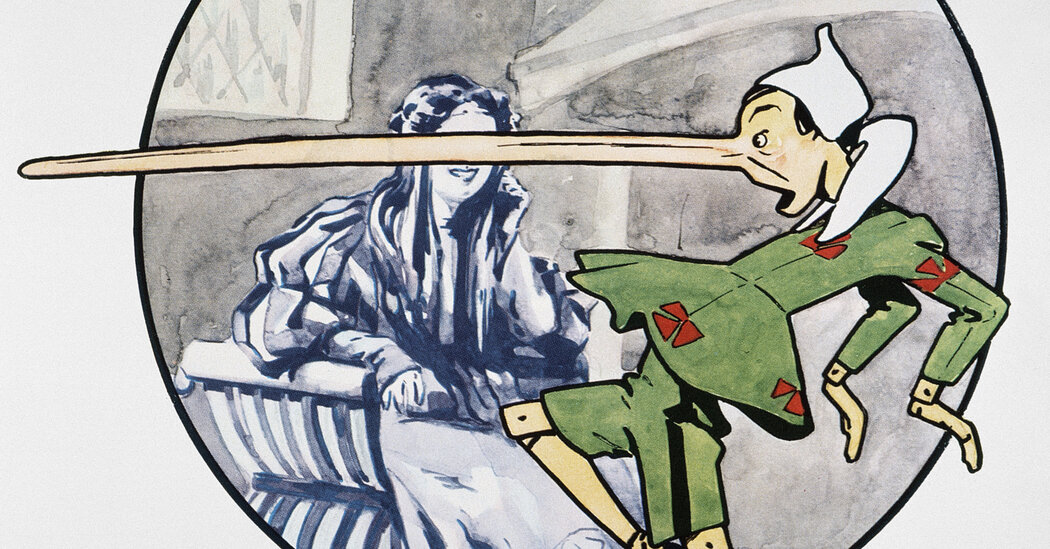 THE SWALLOWED MAN
By Edward Carey

Pinocchio endures; why, I’m not sure. Carlo Collodi’s original 19th-century fairy tale is often funny, but with its rambunctious wooden hero who can’t become “real” until he learns to behave, and who is further shamed by a phallic, lie-detecting nose, the story mixes morality and physiognomy in noxious, silly ways. Somehow, though, this mash-up of Mary Shelley and Cotton Mather has resonated for generations: Most everyone knows of Walt Disney’s very freely adapted 1940 film, but there have also been movie, TV and stage Pinocchios from the Czech Republic, Russia, Canada, France and Japan — and so many Italian Pinocchios that Roberto Benigni has managed to star in two. Sequels on page and screen have taken the puppet to America, Africa, outer space and the year 3000, while yet more are reported in the works from Guillermo Del Toro and Robert Zemeckis. Francis Ford Coppola fought for years to make his own version. Miraculously, Jerry Lewis never got the bug.

Amid this glut, the novelist and playwright Edward Carey has had the inspired idea to cut the marionette loose and focus instead on Geppetto, the lonely old woodcutter who carves Pinocchio from an enchanted block of pine, giving him form and life — which is about as close as men get to immaculate conception, even in fantasy. Carey’s odd duck of a book is less a proper novel than a riff on the entwined themes of fatherhood and creative spark. Faithful to Collodi in outline if not in spirit, “The Swallowed Man” takes place inside the giant fish (not a whale, as in Disney) that swallows Geppetto after he sets off to sea in search of his runaway wooden offspring.

The text purports to be Geppetto’s captivity journal, kept on the pages of a captain’s log from the ship, also swallowed whole, in which Geppetto makes his dank home. He recounts the story of Pinocchio’s creation and truancy; he records his own fish-confined madness and despair; he continues to make art, painting portraits of lost loves and fashioning filial surrogates — lifeless, alas — out of old hard tack and shards of crockery. The book originated in an exhibition Carey staged in 2018 at the Parco di Pinocchio in the Tuscan town of Collodi, and includes reproductions of Geppetto’s drawings, paintings and sculptures. But they’re mostly filigree. What keeps this book afloat, as it were, is the voice Carey gives to Geppetto. The author — whose previous books include “Little,” a historical novel about Madame Tussaud, and a Dickensian-style trilogy for middle grade readers — is a master of the dusty yet droll tone. Recalling Pinocchio’s first lie, Geppetto writes: “That nose — the nose of the thing, already prominent — it grew longer! O disobedient wood! O unfamiliar life! … I watched that nose stretch and increase until I thought it might touch the wall. It grew so much it started to imbalance the creature, to tip him over, nosefirst. What an abhorrence. What a vile root. Such an unwelcome growing. It quite panicked me.” If that prose doesn’t delight you, this is not your book.

With distance, Geppetto comes to appreciate Pinocchio’s peculiarities; his meditations on paternal love and the ache of separation can be moving (“My son, I dream of you all nights. I search for you in my dark sleeping”). At other times, the slender novel set entirely inside a big stomach feels like a stunt — entertaining, clever, but a stunt nonetheless. Halfway through, however, I absently flipped back to the dedication: “In loving memory of my father (1938-2010) and my first son (2006).”

Well, that gutted me. Should it matter to a reader why an author writes something, what he’s trying to work out on the page, or thinks he is? Academics can worry that bone; Carey’s dedication haunted me as I finished “The Swallowed Man,” and enriched it. I’ve not suffered the kind of grief he implies, but I understand a father’s infinite, obsessive love for a child — and the ways in which that love leaves you vulnerable. Like most parents, I know what it feels like to be consumed.