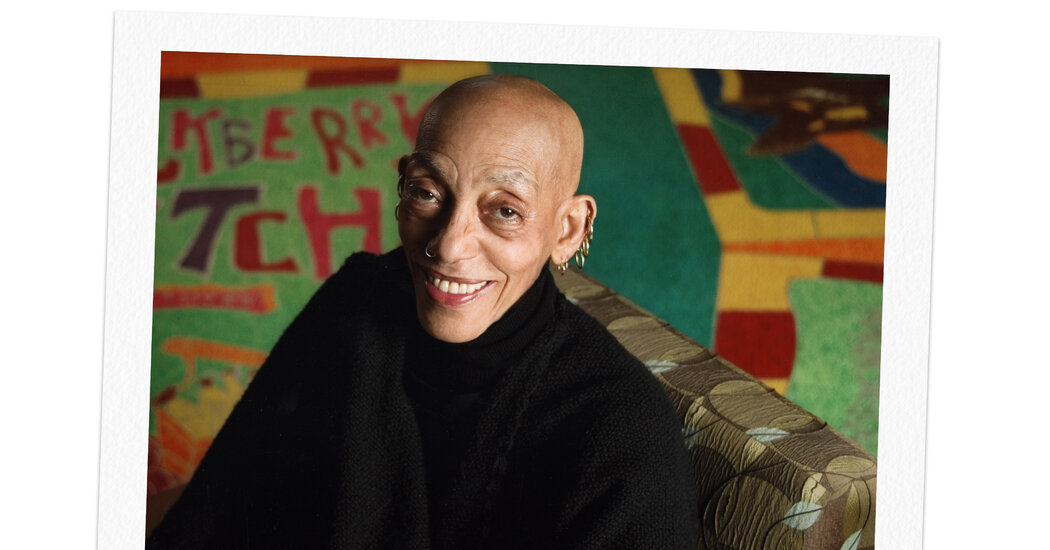 Over the years, Robinson developed a bespoke vocabulary for her projects. One central concept in her work was “RagGonNon,” the sometimes monumental mixed-media pieces that would “rag on and on” over time, as she encrusted them with beads, thread and even, say, shells, to communicate an abiding spiritual connection to Black history and identity.

Her “Water Street (The Legend of Chipo Village)” RagGonNon, a 60-foot-long piece that was shown at the Akron Art Museum in 2011, took nearly 25 years to complete. It depicts African-Americans going about their everyday lives on Water Street, a street in downtown Columbus that she learned about from an uncle. When that street later became Marconi Boulevard, Robinson wanted to capture the significance of the lives lived there that had been paved over.

The piece takes on a mystical quality, starting with a panel that, in stitched lettering, reads “In the Beginning” before the eye is directed to an embroidered map meant to represent the community’s connections to its ancestral past. Robinson layered fabric, snakeskin and thousands of buttons to make the bodies of the figures she depicted seem to rise up out of the piece.

“She says she was grounded in the African concept of sankofa,” Carole Genshaft, curator at large of the Columbus Museum of Art, said in a phone interview. Sankofa, a word in the Akan language of Ghana, roughly means “Go back and get it.”

“I think that accounts for much of her passion to do pieces that included Africa,” Genshaft said, “before enslavement, the middle passage, enslavement, emancipation and migration.”

In Shepard, her Columbus neighborhood, Robinson was a beloved, if somewhat eccentric, figure, though her prolific portfolio took her to galleries and museums across the country and around the world. In a 2006 review of a show at the Brooklyn Museum, the New York Times art critic Grace Glueck described the exhibit “Symphonic Poem: The Art of Aminah Brenda Lynn Robinson” as almost overflowing its galleries.

“The nearly 100 pieces,” Glueck wrote, “include scroll-like books unrolling for more than 40 feet and a cluster of totemic sculptures with built-in music boxes ranging from 8 to 10 feet high.”

LOS ANGELES — It was midafternoon on a Monday and the Pritzker Prize-winning architect Frank Gehry — having just turned 92...
Read more
HOUSE DESIGN

ANTIQUITIESBy Cynthia OzickGiven the vicissitudes of the present, it can be a relief to sink into a fictional past, even through the eyes...
Read more