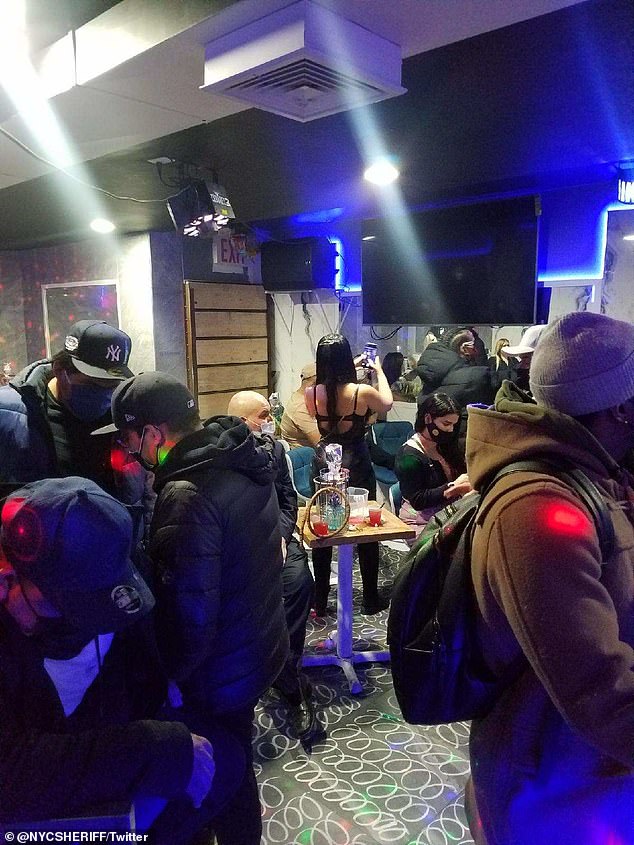 Authorities in New York City on Sunday raided an underground nightclub operating out of the basement of an apartment building in Queens and caught dozens of revelers drinking alcohol and smoking hookah inside the crowded speakeasy.

New York City Sheriff Joseph Fucito announced that deputies and NYPD officers busted at least 75 patrons inside the illegal bar located at 65-25 Roosevelt Avenue in Queens at around 12.30am on Sunday.

The makeshift nightclub was protected by a ‘heavily fortified’ door and had blocked exits, posing a potential safety risk in case of a fire, Fucito said. 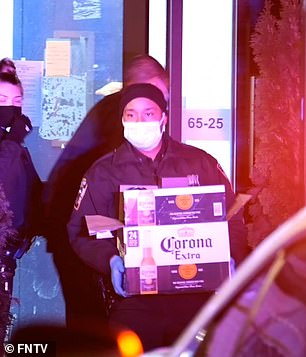 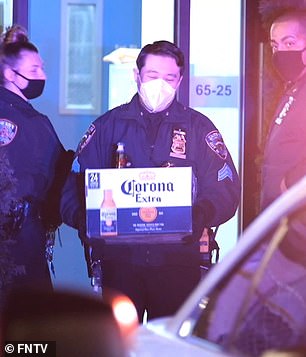 Officers are seen carrying out cases of Corona brand beer from an illegal nightclub, which had been operating out of the basement of a Queens apartment building 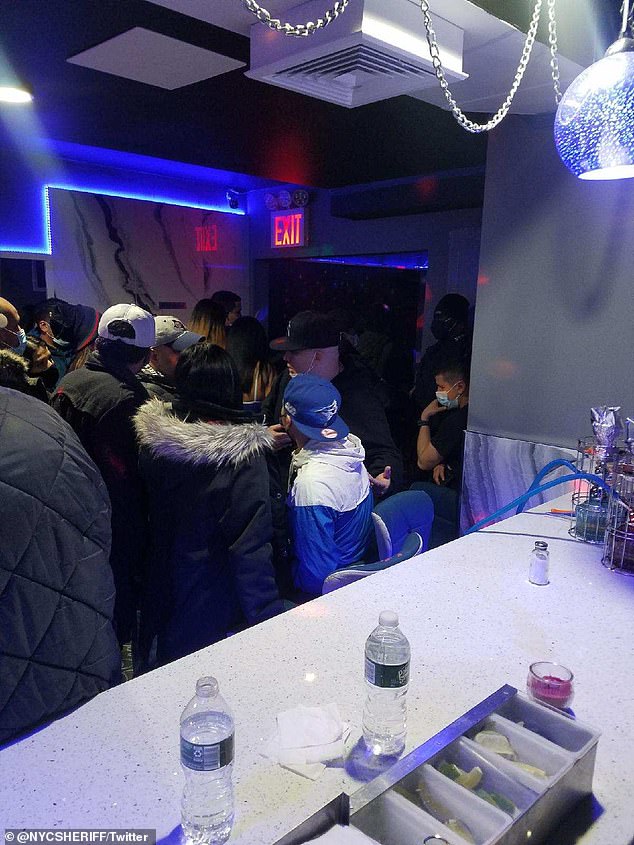 Inside, officials found some 75 revelers drinking alcohol and smoking hookah

Officials with the National Grid utility also reported that a dangerous level of carbon monoxide was being vented into the nightclub, which could have resulted in injury or death, reported NBC New York.

As deputies made their way inside the space, they ‘were met with immediate violence and resistance to process’ at the hands of the owner, Marco Chacon, who allegedly tried to physically restrain them.

Photos taken inside the basement show men and women crowding around small tables laden with what looks like alcoholic beverages.

Video from the raid captures police officers carrying cases of Corona brand beer out of the nightclub. 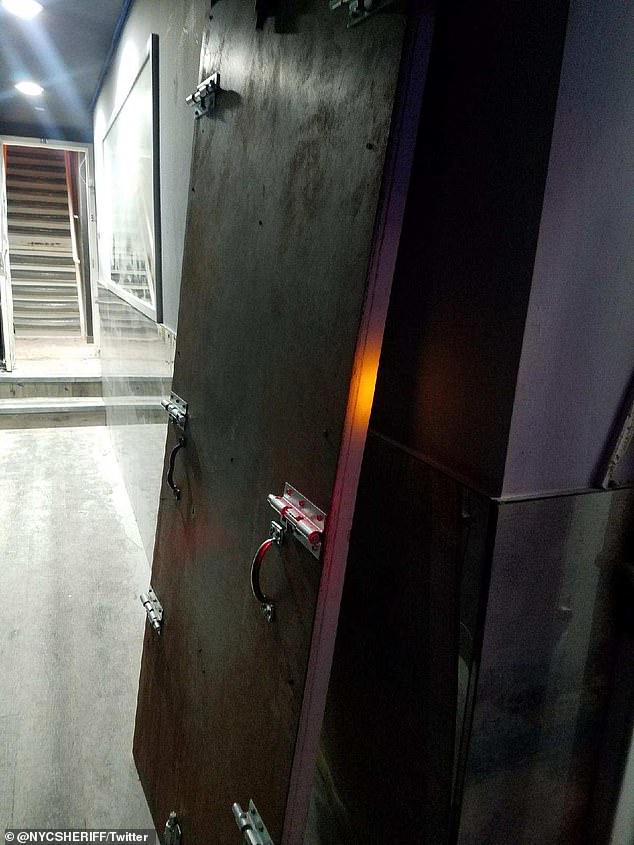 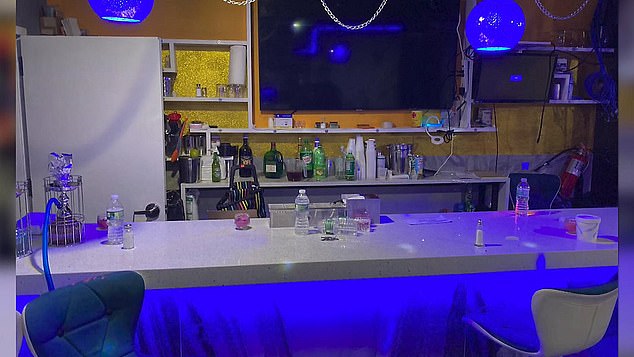 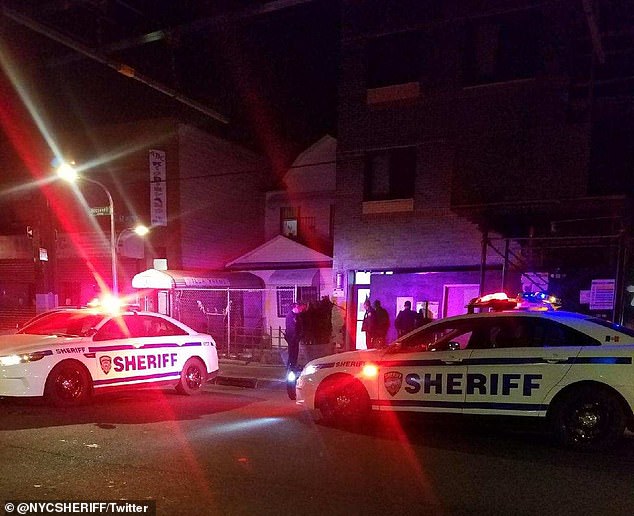 The owner was also found to lack a valid liquor license. He face additional beverage control charges and a $15,000 fine.

Sixty-three patrons are now facing civil penalties of $1,000 for illegally gathering inside of an unlicensed establishment.

Deputy sheriffs said they had been monitoring the illegal bar after receiving tips.

The raid comes as COVID rates are rising throughout New York City, especially in Queens and Brooklyn, with the two boroughs accounting for more than 67 per cent of all city fatalities caused by the virus during the seven-day period between January 15-20.