‘Infamous’ Port Authority Bus Terminal Could Get a $10 Billion Overhaul 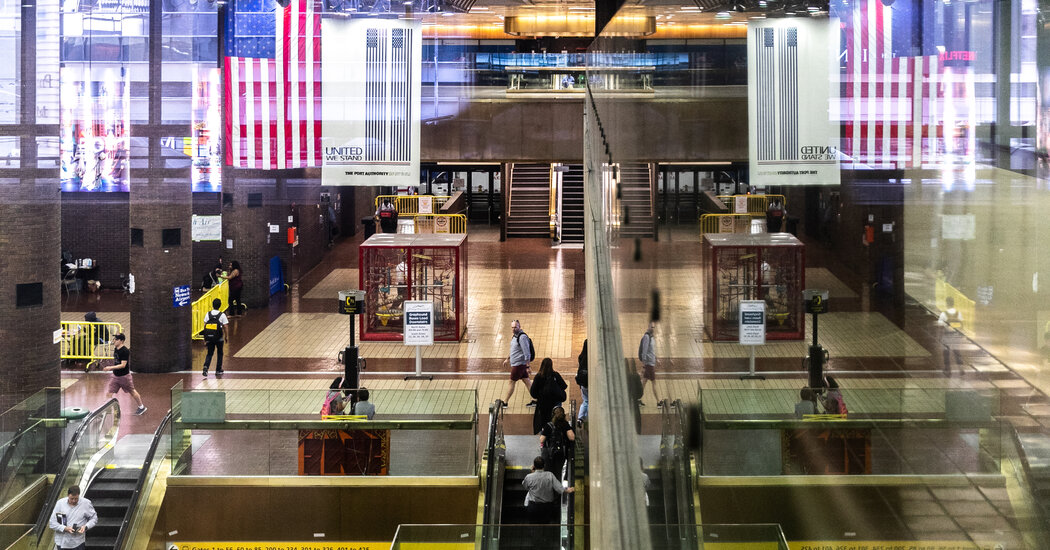 The Port Authority has eliminated several alternatives, including building the new terminal under the old one, under the Jacob K. Javits Convention Center or in New Jersey.

“They’ve come up with a much better plan than they had originally,” said Thomas K. Wright, chief executive of the Regional Plan Association, an influential planning group.

Mr. Wright said replacing the terminal is a necessity no matter how much it costs because of the integral role it plays in the city’s daily commute. More than 250,000 people passed through it on a typical weekday before the pandemic, according to the Port Authority. Since March, that traffic has dropped by more than 65 percent.

“New York ceases to exist without its connections to the surrounding communities and the work force,” Mr. Wright said. “Without it, the city enters into a period of decline.”

The bus terminal, a brick hulk perched at the mouth of the Lincoln Tunnel, has long exceeded its capacity — when it opened in late 1950, it was expected to handle 60,000 passengers a day. Though the station was rehabilitated in the early 1980s, it cannot accommodate the crush of commuters mostly from New Jersey that use it in normal times.

The Port Authority wants the new terminal to be able to handle 1,000 buses during the peak evening rush hour, up from about 850 today. It also would be designed to provide charging equipment for electric buses, according to the plan.

Buses may be less romantic than trains, but other big cities have been investing in their bus transit systems to help alleviate traffic and pollution from cars. More than a dozen American cities, including San Francisco, Denver and Raleigh, N.C., have moved in the past decade to build new bus stations or create multimodal transit hubs that bring together bus and rail services, said Joseph P. Schwieterman, a professor of public service at DePaul University in Chicago.