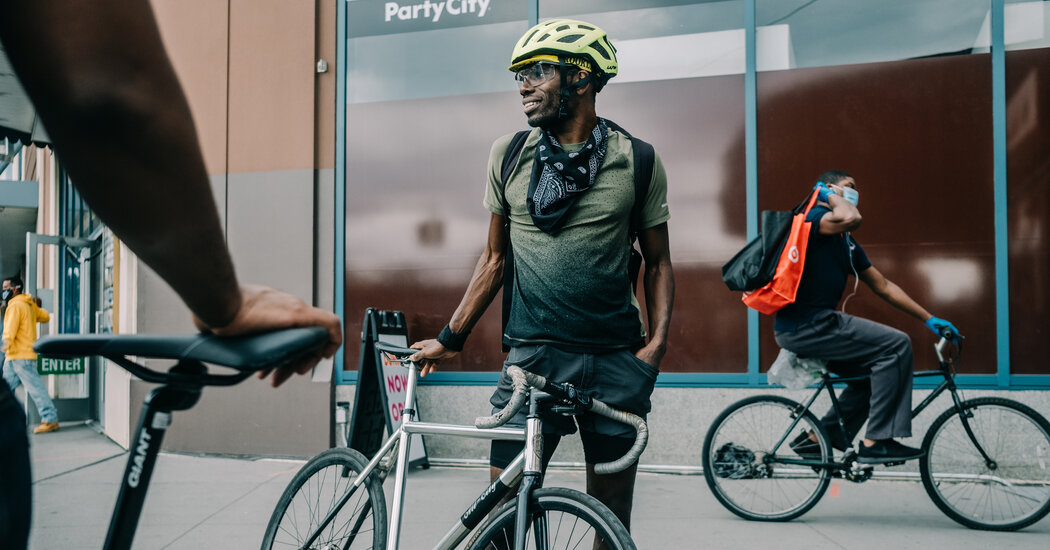 The report cited repeated instances in which city officials had failed to carry out promises to increase bike parking, including building more parking near transit hubs and adding 1,500 bike racks annually.

City officials said they took bike parking “very seriously” and were working to expand it. Despite the pandemic, 1,150 new bike parking spaces were installed last year, including around hospitals and schools to serve health workers, teachers and students and in commercial corridors and business districts. Officials also plan to add 200 more parking spaces in 13 new corrals beginning this winter.

“We’re committed to accommodating the cycling boom with more accessible parking,” said Mitch Schwartz, a spokesman for Mayor Bill de Blasio. “It wasn’t easy to play offense in 2020, but we focused last year’s efforts on adding capacity near hospitals and schools.”

Bike parking has become an increasingly crucial part of urban transportation systems. In the Netherlands, where biking has become a way of life, the city of Utrecht finished the world’s largest bike parking garage in 2019 with room for more than 12,650 bikes under a train station. In doing so, it surpassed Tokyo, which has an automated underground parking garage for 9,400 bikes at the Kasai metro train.

In this country, Seattle and Portland, Ore., two cities with well-established biking cultures, have accommodated cyclists by significantly expanding parking. In Seattle, parking for bikes and scooters has increased by more than a third since 2015, while Portland has added more than 1,800 bike parking spots since 2018 for a total of 8,888.

In New York, cyclists complain that bike parking often seems like an afterthought. When the Moynihan Train Hall opened in Midtown Manhattan earlier this month, they pointed out the gleaming new station did not include any dedicated bike parking.