Home NEWS N.Y.C. Is Days Away From Working Out of Vaccine
NEWS

N.Y.C. Is Days Away From Working Out of Vaccine 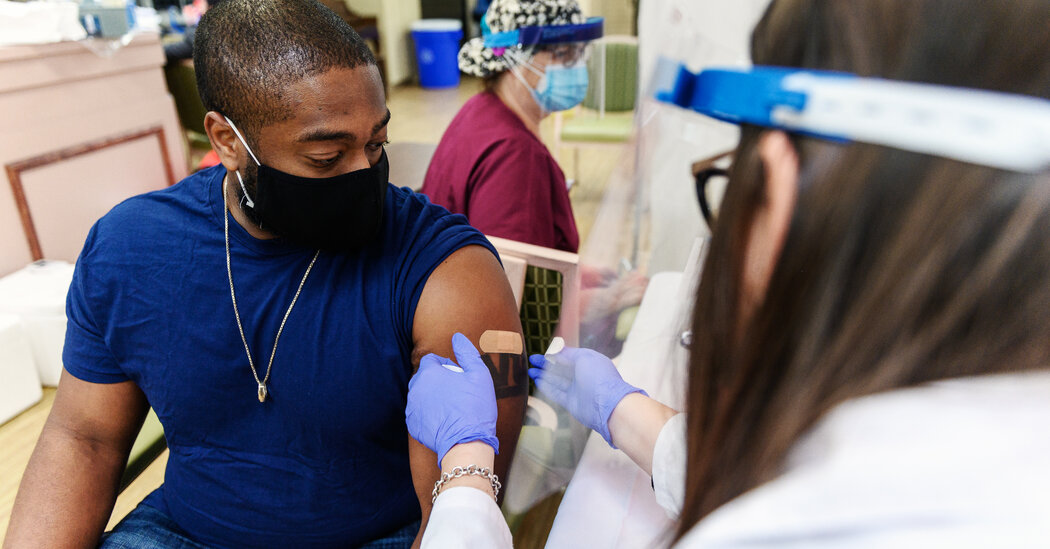 Mayor Bill de Blasio weeks ago set an ambitious goal for New York City: one million coronavirus vaccinations by the end of January. The sluggish pace of the vaccine’s initial rollout muted those hopes.

Now city officials are facing a new obstacle: There are not enough doses. On Tuesday, the mayor warned that the city was on track to exhaust its supply before the end of the week.

“We will have literally nothing left to give as of Friday,” Mr. de Blasio said. “This is not the way it should be.”

Here are three things to know about the rollout:

Vaccinations have accelerated, but doses are limited.

More New Yorkers — including police officers, public transit workers and teachers — were allowed to begin receiving the vaccine last week. But as of Tuesday morning, city officials said, only about 116,000 first doses remained in stock.

Since last Wednesday, on average, the city has given out roughly 24,000 first doses per day. People are considered fully vaccinated after receiving two doses.

Another vaccine shipment is expected next Tuesday, Mr. de Blasio said. Still, with inoculation sites set to open at Yankee Stadium, Citi Field and the Empire Outlets on Staten Island, he called on the state to increase its allocation.

Gov. Andrew M. Cuomo has repeatedly urged federal officials to expand the supply and has asked the drug maker Pfizer to sell vaccine directly to the state.

Appointments will be canceled.

For many New Yorkers, scheduling appointments was already tough, with confusing websites contributing to the frustration.

There is a host of other challenges.

The rollout has sometimes resembled a free-for-all, as throngs have rushed to sites after rumors of extra vaccine. Some unused doses have even been thrown away.

Also, many workers at nursing homes in particular are declining to be inoculated, raising concerns about vaccine hesitancy among those who are in contact with individuals at a high risk of a severe infection.

And some public health experts are worried that the expanded eligibility will undermine goals to prioritize communities hit hard by the virus — primarily low-income New Yorkers and people of color.

While the exact order of vaccine recipients may vary by state, most will likely put medical workers and residents of long-term care facilities first. If you want to understand how this decision is getting made, this article will help.

Life will return to normal only when society as a whole gains enough protection against the coronavirus. Once countries authorize a vaccine, they’ll only be able to vaccinate a few percent of their citizens at most in the first couple months. The unvaccinated majority will still remain vulnerable to getting infected. A growing number of coronavirus vaccines are showing robust protection against becoming sick. But it’s also possible for people to spread the virus without even knowing they’re infected because they experience only mild symptoms or none at all. Scientists don’t yet know if the vaccines also block the transmission of the coronavirus. So for the time being, even vaccinated people will need to wear masks, avoid indoor crowds, and so on. Once enough people get vaccinated, it will become very difficult for the coronavirus to find vulnerable people to infect. Depending on how quickly we as a society achieve that goal, life might start approaching something like normal by the fall 2021.

Yes, but not forever. The two vaccines that will potentially get authorized this month clearly protect people from getting sick with Covid-19. But the clinical trials that delivered these results were not designed to determine whether vaccinated people could still spread the coronavirus without developing symptoms. That remains a possibility. We know that people who are naturally infected by the coronavirus can spread it while they’re not experiencing any cough or other symptoms. Researchers will be intensely studying this question as the vaccines roll out. In the meantime, even vaccinated people will need to think of themselves as possible spreaders.

The Pfizer and BioNTech vaccine is delivered as a shot in the arm, like other typical vaccines. The injection won’t be any different from ones you’ve gotten before. Tens of thousands of people have already received the vaccines, and none of them have reported any serious health problems. But some of them have felt short-lived discomfort, including aches and flu-like symptoms that typically last a day. It’s possible that people may need to plan to take a day off work or school after the second shot. While these experiences aren’t pleasant, they are a good sign: they are the result of your own immune system encountering the vaccine and mounting a potent response that will provide long-lasting immunity.

No. The vaccines from Moderna and Pfizer use a genetic molecule to prime the immune system. That molecule, known as mRNA, is eventually destroyed by the body. The mRNA is packaged in an oily bubble that can fuse to a cell, allowing the molecule to slip in. The cell uses the mRNA to make proteins from the coronavirus, which can stimulate the immune system. At any moment, each of our cells may contain hundreds of thousands of mRNA molecules, which they produce in order to make proteins of their own. Once those proteins are made, our cells then shred the mRNA with special enzymes. The mRNA molecules our cells make can only survive a matter of minutes. The mRNA in vaccines is engineered to withstand the cell’s enzymes a bit longer, so that the cells can make extra virus proteins and prompt a stronger immune response. But the mRNA can only last for a few days at most before they are destroyed.

From New York Times Opinion: The Homicide Spike Is Real

New York City saw a sharp rise in deaths of homeless people between June 2019 and July 2020, which experts believe was largely influenced by the pandemic. [Gothamist]

Police officials in upstate New York said two children were abducted from a foster home by men in ski masks. [Democrat and Chronicle]

And finally: Drawing strangers on the subway

The videos follow a pattern: Devon Rodriguez points his camera toward an unwitting subway passenger. He pans down toward a sketchbook, where he draws everything from facial features and masks to the details of shopping bags and shoelaces.

Even before the pandemic, Mr. Rodriguez, 24, was known for his photorealist paintings of New York City commuters. But in August, he decided to also create less time-consuming drawings.

When he posted his first time-lapse video of a subway sketch to TikTok, it racked up more than four million views. Since then, his near-daily videos have sparked glee among New Yorkers at a time when ridership in many areas remains far lower than usual.

“The pandemic changed the entire look of the subway, and I really wanted to do something to capture the history,” Mr. Rodriguez said. “But I never expected drawing to go viral.”

Mr. Rodriguez, who is from the Mott Haven neighborhood of the Bronx, said his interest in art began around age 4 and grew as many of his friends did graffiti. In his freshman year at Samuel Gompers Career and Technical Education High School, he said, an art teacher showed him an old sketchbook filled with subway sketches and encouraged him to practice on the train. “I ran with it even since then,” he said.

He would later transfer to the High School of Art and Design in Manhattan, and in his free time he would get on the No. 6 train at Brook Avenue in the Bronx and walk through the cars until he spotted a quirky or otherwise compelling subject.

While Mr. Rodriguez occasionally posts videos of himself handing over the drawings to surprised riders, at other times the subjects stumble across his videos on social media.

“I try to use my instincts on who not to start handing drawings to,” he said with a laugh.

I moved from the East Coast to Seattle, my husband’s hometown, in the early 1970s. Two decades later, we decided to show our teenage daughter the highlights of the United States — cultural centers and places of natural beauty — during three summer vacations to different regions.

For our trip to New York City, I was able to get a special deal that allowed us to stay at the Plaza Hotel, a real treat.

Our first morning there, we asked the concierge where the closest subway stop was.

New York Today is published weekdays around 6 a.m. Sign up here to get it by email. You can also find it at nytoday.com.

What would you like to see more (or less) of? Email us: nytoday@nytimes.com.