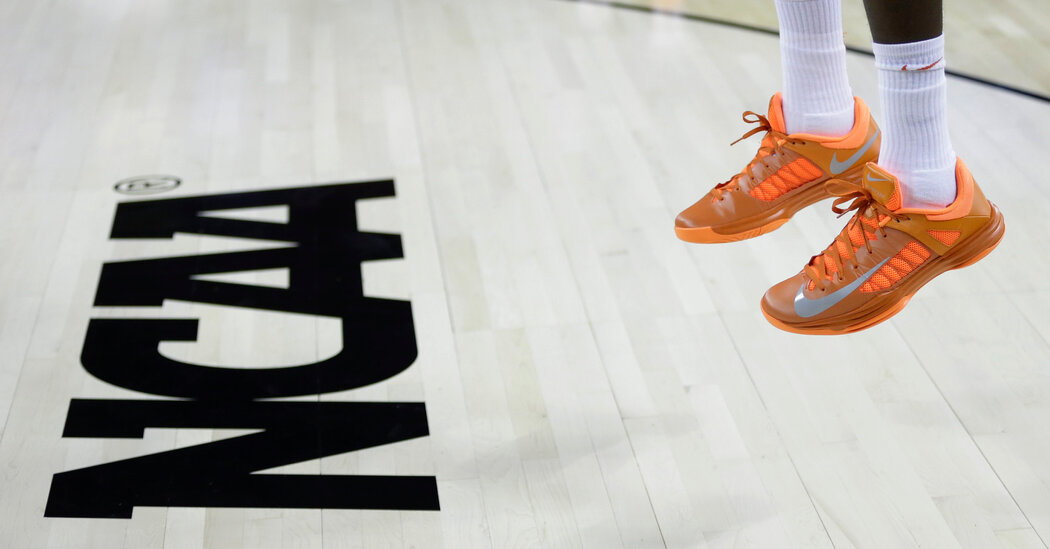 But in a four-page letter first reported by USA Today on Friday, Makan Delrahim, who oversees antitrust issues at the Justice Department, warned Emmert that the government wanted to ensure that any N.C.A.A. rules “will allow college athletes to benefit from robust competition for their talents.”

“College athletes, like any other American, deserve competition on and off the field,” said Delrahim, the assistant attorney general to whom Emmert wrote on Saturday.

In an interview on Saturday night, Emmert repeatedly expressed frustration and described the Justice Department’s move, which he said had stunned N.C.A.A. officials, as a “massive monkey wrench” that eviscerated months of careful planning.

“We were right on the cusp of making some really, really important changes to provide some much-needed flexibility and, all of a sudden, now we’ve got to pause,” said Emmert, who nevertheless vowed that the N.C.A.A. would ultimately change its rules.

“We just have to use whatever time it takes to sort this out” with the government, he said.

Even before the Justice Department aired its misgivings, some of the most influential figures in college sports, including Greg Sankey, the commissioner of the Southeastern Conference, had suggested that N.C.A.A. officials consider delaying votes on the subject. Recent and imminent machinations in Washington, they reasoned, could reshuffle the debate once more.

Perhaps most crucially, the United States Supreme Court recently agreed to hear the association’s appeal in an antitrust case related to benefits for student-athletes. The shifting balance of power in Washington is also certain to affect deliberations over a possible federal law governing college athletics.

Senator Cory Booker, Democrat of New Jersey, for instance, in December announced a proposal to give student-athletes a share of the profits in moneymaking sports like basketball and football. A Republican-led bill that surfaced in the Senate last year would have granted the N.C.A.A. an antitrust exemption.

A few days after going to a grocery store over the winter, Milwaukee Brewers reliever Brent Suter woke up feeling off. As the...
Read more
Sports

The time has come to press pause and reimagine the Olympics. It might even be time, I’ve come to believe, for the entire...
Read more
Sports

You didn’t speak with many actual players for the book. Why?Primarily, this is a book about watching basketball. I’m a terrible basketball player....
Read more