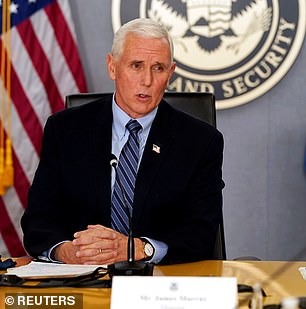 Vice President Mike Pence called Kamala Harris on Thursday, almost three months after the election was called for her and President-elect Joe Biden.

He congratulated her and offered his assistance to his successor as vice president.

In the closing days of the administration, Pence appears to be filling a leadership void left by President Donald Trump, who has not reached out to Biden and said he won’t attend the inauguration ceremony next week. Pence will be there.

Additionally, Pence and his wife Karen may have Harris and her husband Doug Emhoff to the Naval Observatory – the official residence of the vice president – before Wednesday’s change in power, The New York Times reported.

It was the first time Pence and Harris had spoken since they debated one another during the campaign. It’s also the first known contact between the elected members of the outgoing and incoming administrations. Conversations have happened at the staff level regarding the transition of power.

Pence and Harris’ conversation was gracious and pleasant, officials told The Times. 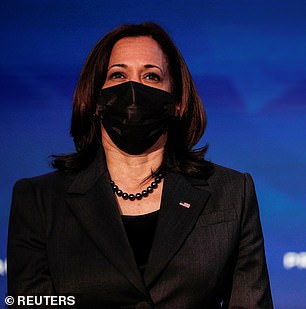 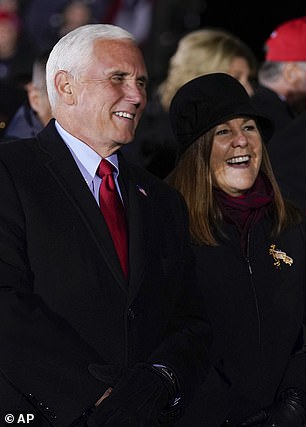 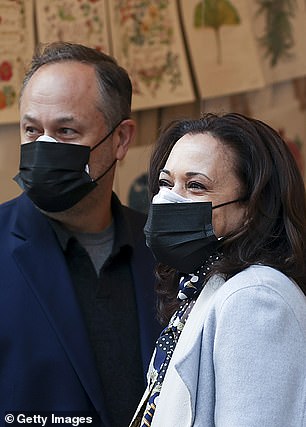 The call came as relations between Trump and Pence have deteriorated significantly since the Capitol riot on January 6, when pro-Trump supporters stormed the building as Pence was presiding over the formal certification of Biden’s victory.

Trump had called on Pence to block the certification, which Pence did not have the constitutional authority to do and said he would not carry out.

Some of the mob could be heard chanting ‘Hang Mike Pence.’ The Washington Post reported they got within 100 feet of the vice president.

As the Trump administration prepares to leave the White House Pence has taken over many duties traditionally done by an outgoing president, including receiving a briefing at FEMA Thursday on inauguration security, stopping at a federal office building to thank executive operators for their work, final photo-ops with staff and their families, handing out challenge coins, and thanking the troops for their service.

Pence stopped at the U.S. Capitol on Thursday night to thank National Guardsmen ahead of Wednesday’s inauguration ceremony.

‘Thank you for stepping forward for your country,’ the vice president told the guardsmen, who huddled up around him as the Capitol Dome stood, lit up in the background.

It was Pence’s first trip back to the Capitol since MAGA rioters attacked the building last week. Pence had been whisked off the Senate floor mere minutes before the insurgents stormed it.

There will be 20,000 guardsmen in Washington D.C. for Biden’s inauguration ceremony as FBI Director Chris Wray warned the agency is hearing more threats online about the event.

‘God bless you. It’s been my great honor to serve as your Vice President,’ he told them.

Pence did not go back inside the Capitol, where he oversaw the election certification process after rioters were cleared from the building. Pence is credited with helping coordinate the response to the attack, speaking with officials last Wednesday from the Capitol basement as the mob raced through the building.

He chit chatted with individual guardsmen outside on the East Front of the building Thursday evening, asking them where they are from and how long they served.

Pence ended with a final thanks and wishes for ‘a safe inauguration and a swearing in of a new president and Vice President.’

‘Hooah,’ the guardsmen yelled in response. 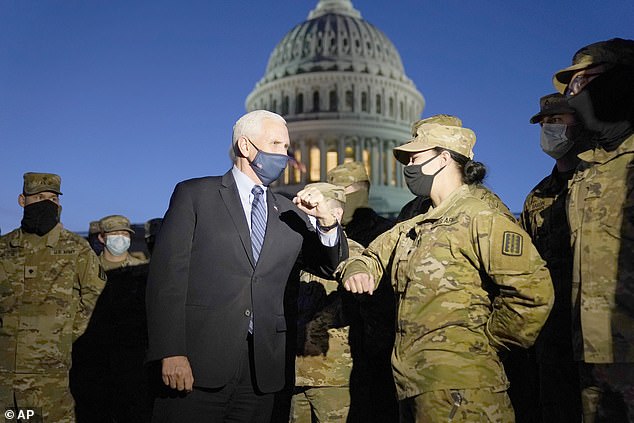 Vice President Mike Pence stopped at the U.S. Capitol to thank National Guardsmen for their service ahead of next week’s inauguration ceremony 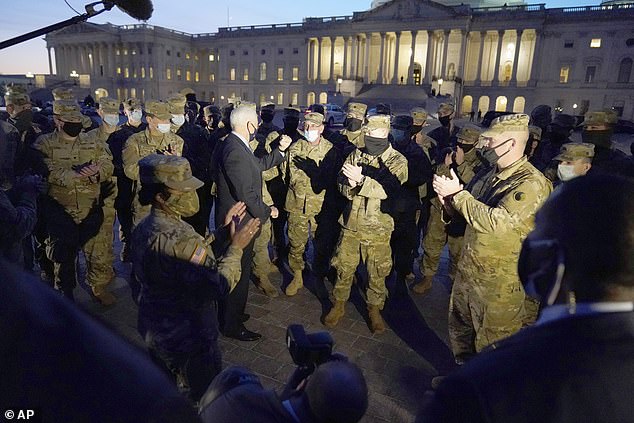 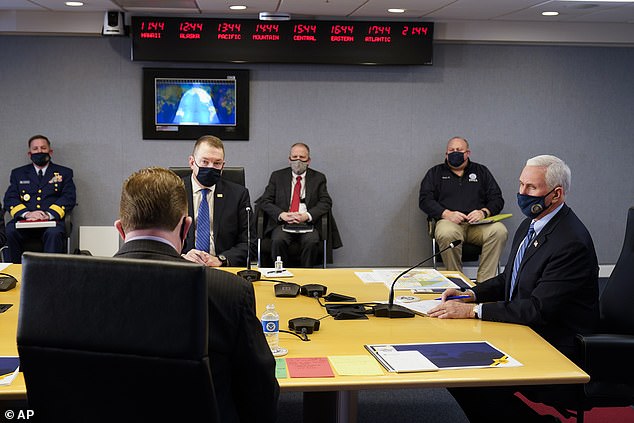 During Thursday’s FEMA briefing, Pence thanked the group for their work and acknowledged the complications caused by the MAGA riot on Capitol Hill last week, when a group of pro-Trump insurgents swarmed the Capitol to interrupt the certification of Joe Biden’s victory.

‘We all lived through that day, January 6. As the President made clear yesterday, we are committed to an orderly transition into a safe inauguration. The American people deserve nothing less,’ he said.

He vowed to make sure that Biden and Harris ‘are sworn in as the President and Vice President of the United States in a manner consistent with our history and traditions.’

Meanwhile, Trump is planning to hold an unprecedented farewell event at Joint Base Andrews the morning of Biden’s inauguration and then leave town before his successor takes the oath of office.

Trump’s farewell will take place at the base outside Washington where Air Force One is headquartered. No recent president has had his own sendoff ceremony at JBA.

Officials are considering an elaborate event that would have the feel of a state visit, with a red carpet, color guard, military band and 21-gun salute all being discussed, the Associated Press reported.

He then plans to fly to his Mar-a-Lago residence before Biden takes the oath of office at noon, which is when Biden will become the nation’s 46th president.

The timing makes it unlikely Trump and first lady Melania Trump will host Joe and Jill Biden for coffee – a tradition by the outgoing first couple for their replacements on the morning of the inuguration.

Traditionally, an outgoing president attends his successor’s swearing-in, then departs the ground of the U.S. Capitol in a military helicopter to fly to JBA where he takes a government plane to his final destination.

The Bidens will be staying across the street from the White House at Blair House, the official guest residence.

Some White House advisers have urged Trump to host Biden for a White House meeting ahead of Inauguration Day, but there has been no sign Trump is willing to do that, an administration official told Reuters.