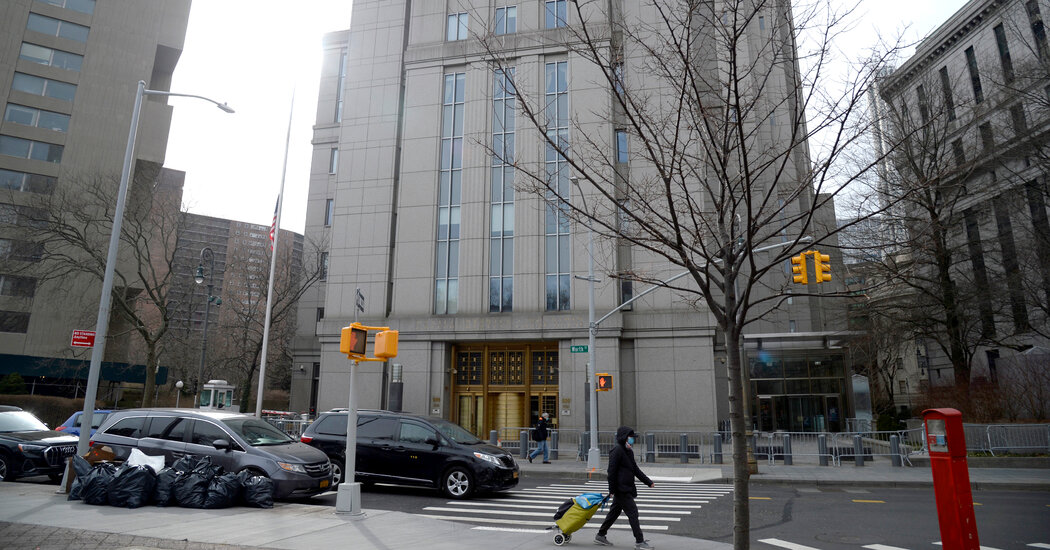 “Your brother is putting your entire family at risk with his lies and other words,” one of the messages read, according to a criminal complaint. “We are armed and nearby your house. You had better have a word with him. We are not far from his either.”

The message included a picture of a home near where Mr. Jeffries’s brother, Hasan Jeffries, a history professor, lives.

The source of the threats on Jan. 6 remained unclear until Tuesday, when federal authorities in New York City arrested a California man and charged him with sending those messages, among others.

Robert Lemke, 35, of Bay Point, Calif., told Representative Jeffries’s brother in the texts that he was part of a group of “active/retired law enforcement or military,” and that the group had “armed members near your home,” according to the criminal complaint. He insisted that they were “not white supremacists.”

On the same day, the complaint said, Mr. Lemke also threatened a family member of George Stephanopoulos, the ABC News anchor and former White House communications director under President Bill Clinton. Mr. Lemke texted a relative of Mr. Stephanopoulos, saying that the journalist’s “words are putting you and your family at risk. We are nearby armed and ready.”

The federal complaint, unsealed in Manhattan, did not identify Hakeem Jeffries or his brother by name, but the congressman confirmed that they were the targets in a statement. The congressman thanked the F.B.I. and other law enforcement authorities for protecting his family and other members of Congress.

It was unclear how Mr. Lemke, who was arrested in Bay Point on Tuesday, had obtained telephone numbers for the people he was accused of threatening. Neither he nor his family members could be reached for comment on Tuesday afternoon, and it was not immediately known if he had a defense lawyer.

Mr. Lemke was expected to appear before a federal judge in California on Wednesday. He faces one count of threatening interstate communications, the complaint said. If convicted, he could be sentenced to up to five years in prison.

Mr. Lemke identified himself on Facebook as a former sergeant with the Alameda County Sheriff’s Department as well as a former captain in the United States Air Force, the complaint said.

But a spokesman for the sheriff’s department, Sergeant Ray Kelly, said that Mr. Lemke had never worked there. And a spokeswoman for the Air Force said that there was no record of Mr. Lemke’s having served.

In the days after the presidential election, Mr. Lemke posted ominous messages to his Facebook account, court documents showed. In one post, he said to his followers: “Folks. Be ready for war. Trump has refused to cede.”

Mr. Lemke’s is the latest in a string of cases in which the former president’s supporters have been arrested on charges of threatening public figures in New York and elsewhere.

Last week, a Queens man, Brendan Hunt, was arrested on charges that he had made death threats against several prominent Democrats, including Senator Chuck Schumer and Representative Alexandria Ocasio-Cortez.

Earlier this month, another Queens man, Eduard Florea, was charged with weapons offenses after having posted threatening messages during the riot at the Capitol. Mr. Florea wrote that the time for peace and civility was over and that “here in New York we are target rich.”

The messages from Mr. Lemke in California were a further proof of just how widespread the calls for violence were on Jan. 6, the day that Congress’s plan to certify the results of the election was interrupted by a mob that overran the Capitol.

Since then, federal agents have targeted not just participants in that riot, but various others, including Mr. Lemke, who have been accused of making violent threats and taking other actions in the run-up to the inauguration that appeared aimed at keeping Mr. Biden from assuming office.