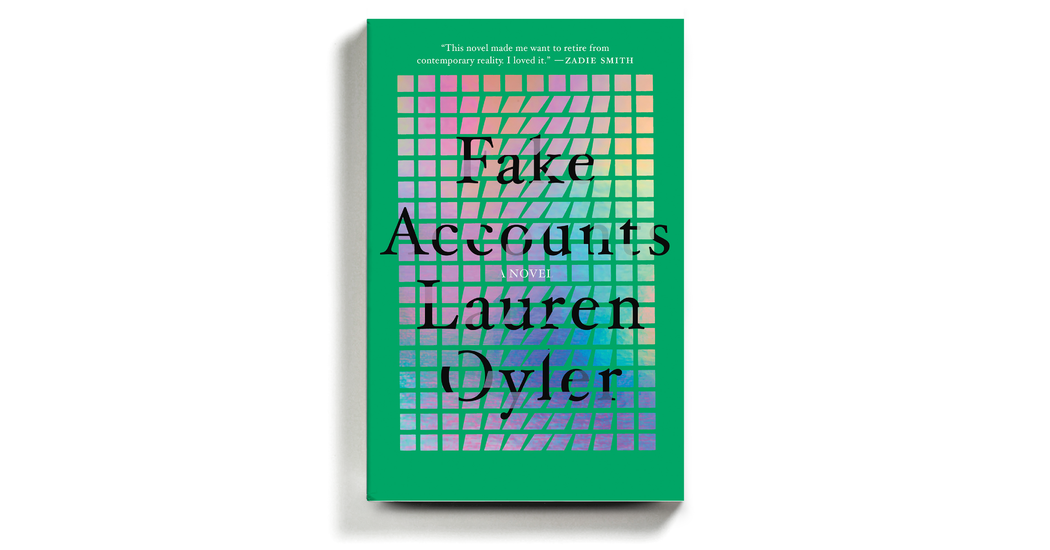 Before she can confront Felix, she receives news that he has died. She moves to Berlin, where they met and where she writes the novel we are reading. If the dull, continuous roar of social media isn’t interruption enough for her, she imagines a Greek chorus of ex-boyfriends reading over her shoulder, criticizing and annotating her every line. She begins dating again but adopts different personas in a vaguely conceived social experiment: “My deception would not be selfish, cruelly manipulative of innocents looking for love, but a rebellion against an entire mode of thinking, which was not really thinking at all, just accepting whatever was advertised to you. Dare I say: It was political?”

That’s the plot, and it couldn’t matter less. It exists, one suspects, just to get the character to Berlin, and that for no palpable reason. We experience the book locked into the consciousness of the narrator, and that consciousness largely resides on — and has been shaped in response to — Twitter.

My favorite line: “Throughout my childhood I’d been warned that I’d grow up to spend a significant portion of my time doing something I could barely stand,” the narrator tells us, “but I’d been led to believe I would be paid for it.”

The novel has Points it would like to make — about self-mythologizing on the internet and in life, the overlap of the virtual and the actual; they are obvious and easily mapped. The riffs are its strongest aspects. Social media has lurked in the background of contemporary literary fiction, only occasionally becoming a plot point (Megha Majumdar’s “A Burning” is set in motion by a Facebook post). Sometimes it becomes the big boogeyman (Dave Eggers’s “The Circle”), but here it feels, finally, fully and thoroughly explored, with style and originality. Oyler writes well about flowing from platform to platform during a daylong conversation, about how staring at the internet can somehow be compulsion and reward.

Like the narrator, Oyler has worked in feminist media. She’s also written two books with Alyssa Mastromonaco, the former deputy chief of staff for operations under President Obama. But she’s best known for her scathing critiques of popular writers like Roxane Gay and Jia Tolentino.

There’s a particular move Oyler favors in her reviews. She likes to begin by quoting someone saying something stupid. “A guy I know, mid-30s, recently told me he’d never really considered having a kid until he listened to the audiobook of Karl Ove Knausgaard’s ‘My Struggle.’ I marveled at this display of male simplicity,” she writes at the start of a piece about Sheila Heti’s novel “Motherhood.” Her review of “Having and Being Had,” by Eula Biss, begins much the same way, with Oyler at a cafe, opening her laptop with its sticker: “NEVER WORK.” A woman (supposedly) chirps at her: “If you love what you do, you never have to work a day in your life!” In another interaction, which opens an essay about the word “necessary,” a woman laments about how little art seems to matter in the middle of a political emergency: “I can’t see how anyone justifies talking about books anymore.”

Like Loading...
Facebook
Twitter
Pinterest
WhatsApp
Previous articleThe State Division is warning Individuals that assist shall be restricted in the event that they go overseas for nonessential causes.
Next articleCate Blanchett seems stylish as she rugs up in a coat whereas heading out in New York Metropolis