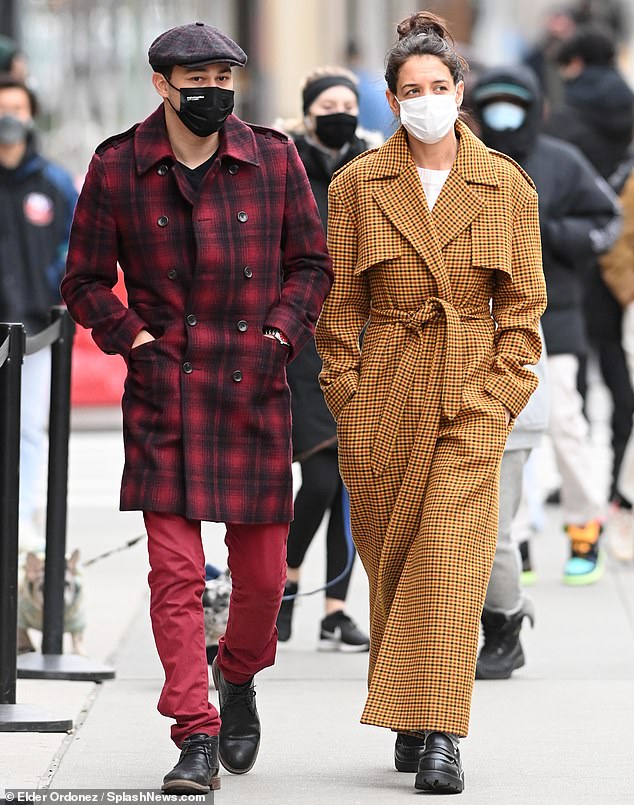 Katie Holmes and her boyfriend Emilio Vitolo Jr know how to make a fashion statement together.

On Monday, the 42-year-old actress and her 33-year-old boyfriend took a stroll through the SoHo neighborhood of New York City together.

The two were dressed to the nines as each of them wore super stylish outfits during their outing.

Shared walk: Katie Holmes and her boyfriend Emilio Vitolo were spotted going for a stroll together in New York City on Monday

The Dawson’s Creek actress donned a stylish dark yellow plaid overcoat on top of a white sweater, blue jeans and a pair of black loafers.

She tied her gorgeous brunette hair into a messy bun.

Her boyfriend looked dapper in a double-breasted red flannel coat and a black v-neck t-shirt above a set of crimson jeans and leather shoes.

The chef wore a multicolored cabbie hat to cover up his hair during the walk. 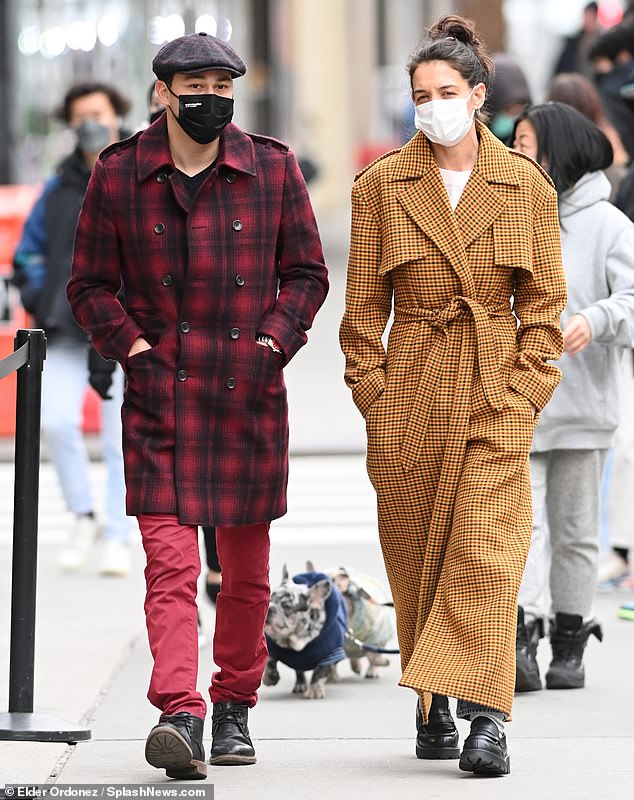 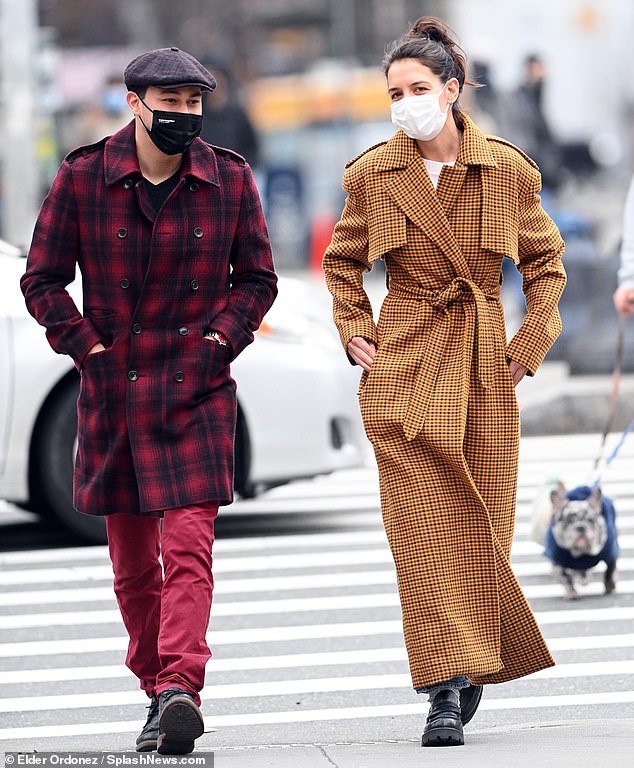 Taking it easy: She contrasted her colorful top with a pair of blue jeans and black leather shoes

The couple wore masks to protect themselves from any potential exposure to the coronavirus.

Holmes and Vitolo have been dating since September, when they were seen getting close to each other in a New York City restaurant.

The actress was previously married to actor Tom Cruise from 2006 until 2012; the couple shares a daughter named Suri, aged 14.

She was also romantically involved with actor Chris Klein, who she reportedly remain friends with.

After her divorce, Holmes entered into a relationship with Jamie Foxx, which was not confirmed publicly until they accompanied each other to the 2019 Met Gala. They split up not long after the appearance. 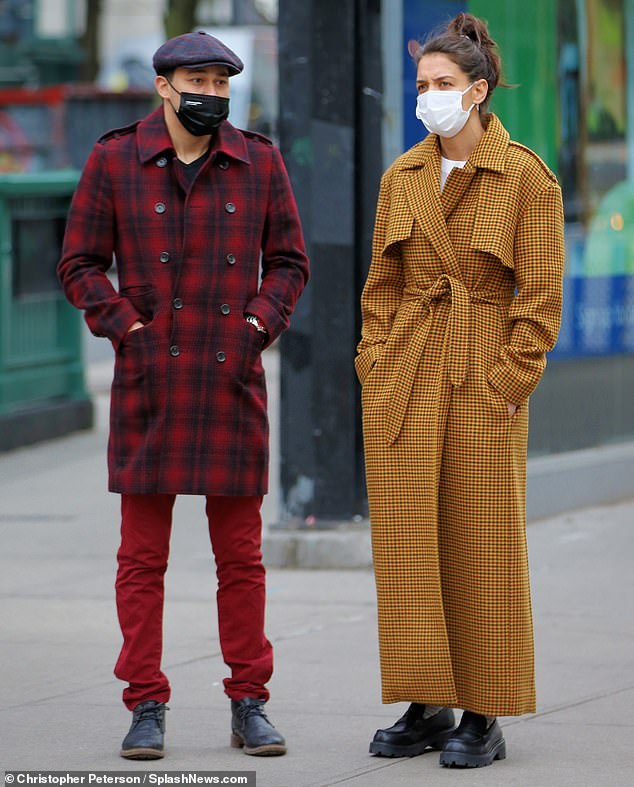 Tying it back: Holmes kept her usually flowing brunette hair in a messy bun 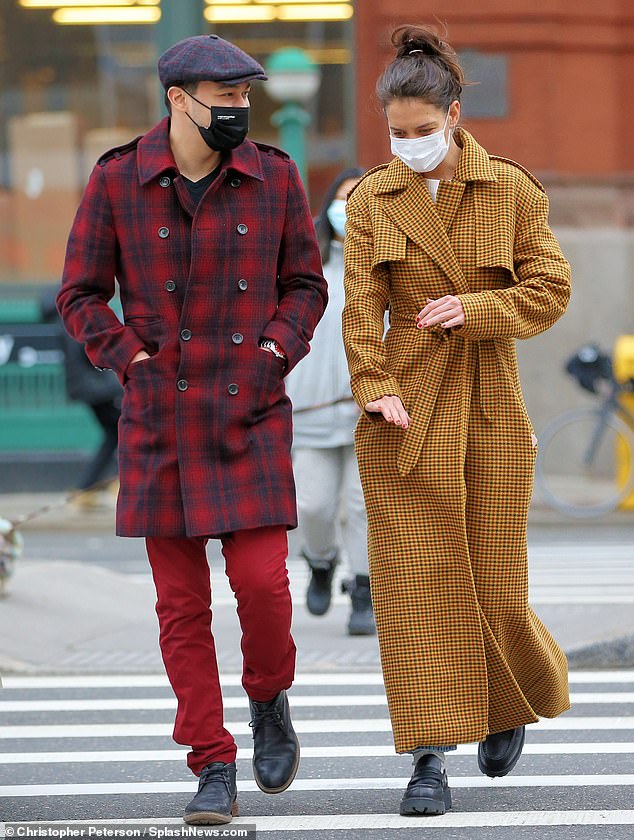 Keeping it consistent: Vitolo wore a double-breasted red plaid jacket on top of a pair of crimson-colored pants

The actress and her beau have been taking things easy outside of their relationship for the past few months as the circumstances of the global pandemic have forced them to simplify their lives.

In an interview with Vogue Australia, Holmes discussed quarantining in New York City with her daughter and listed what she had come to be thankful for in that time. 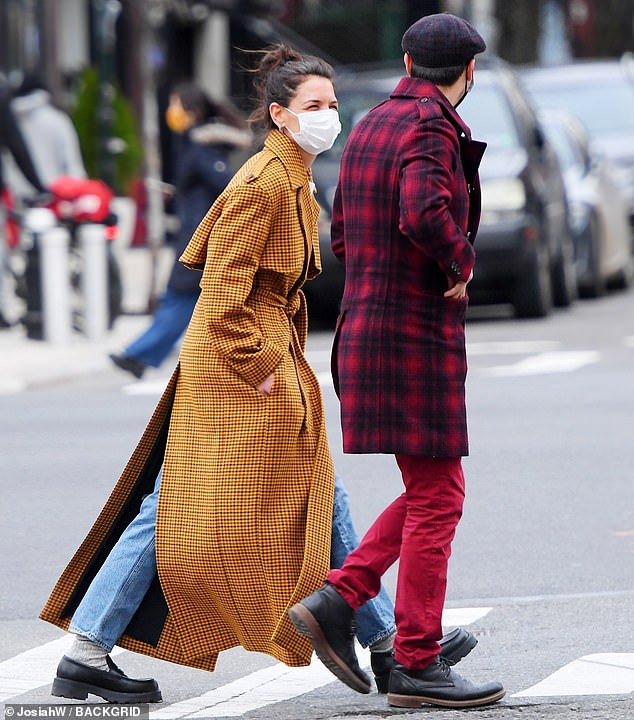 Taking precautions: To keep themselves safe in the midst of the global pandemic, Holmes and Vitolo wore face masks for the length of the walk

‘To live for a moment in time without the pressure of results and instead appreciate the natural rhythms of mother and daughter was the most precious gift,’ she remarked.

The actress also spoke about the life lessons that she had indirectly learned during her time at home, including what she referred to as the most important one overall.

Holmes remarked: ‘Throughout this experience the through-line for me has been a heightened awareness of each moment and really taking it in and appreciating it.’ 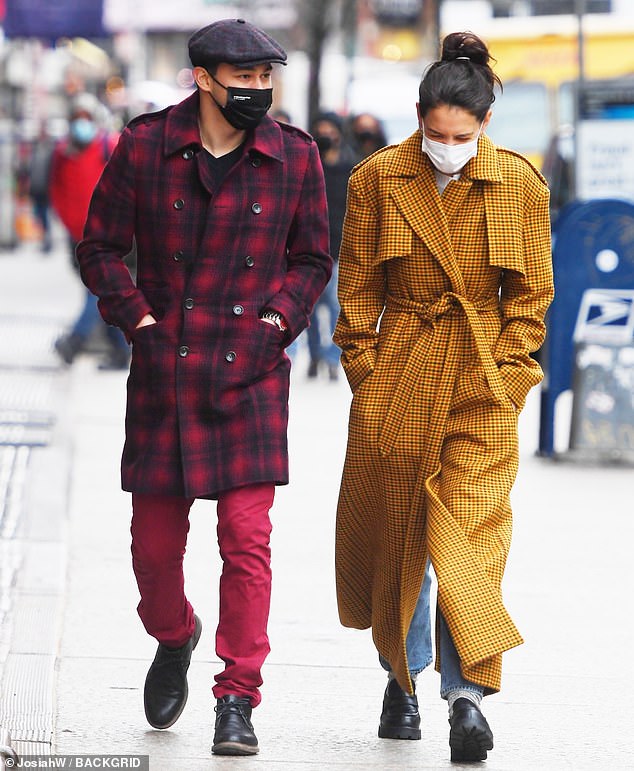 Time for two: Holmes and her boyfriend have been seeing each other since September of last year when they were first spotted together at a New York City restaurant

Before spending time with her boyfriend the Ohio native was spotted shopping.

Holmes was seen carrying multiple bags out of a Santa Maria Novella location in New York and nonchalantly walked away from the store after making her purchases.

She was dressed in a large navy blue overcoat with gold buttons on top of a patterned blouse.

The actress contrasted her top with a wide pair of blue jeans and leather shoes that she would later wear during her time with Vitolo.

Holmes also wore a stylish red cap while allowing some of her hair to fall down her backside during her trip. 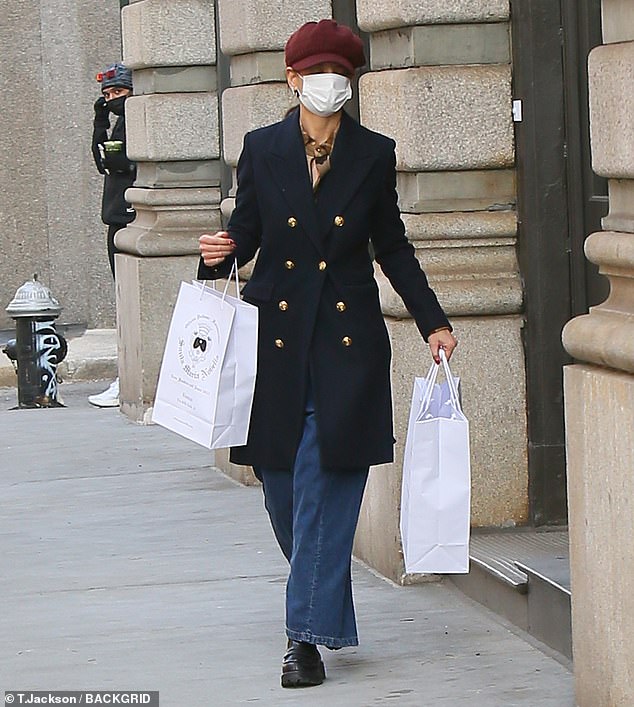 Stepping out: Earlier in the day, the actress was spotted going on a solo shopping trip 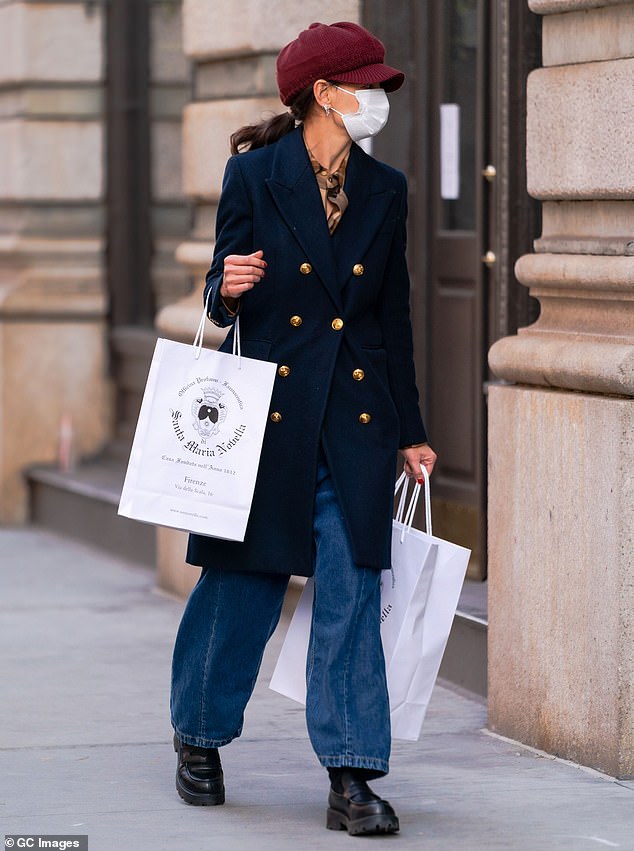 Similar outfit: Holmes wore a large navy blue overcoat and jeans with leather shoes, the latter of which she wore later in the day while seeing her boyfriend 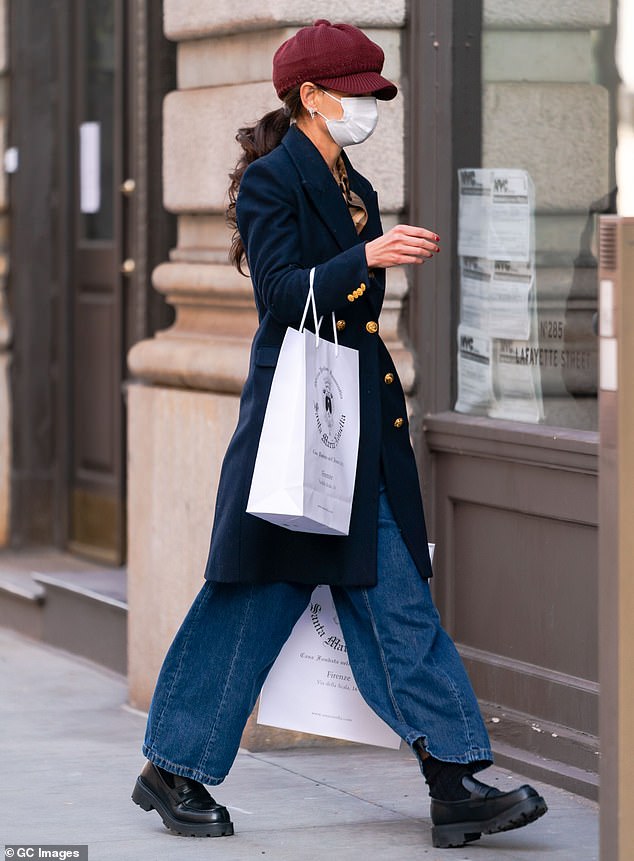 Half and half: The Ohio native’s hair was partially covered up with a stylish red cap; she also allowed some of it to hang down her backside during her trip

The New York City mayor’s race already has a national-politics tinge thanks to one guy: the businessman Andrew Yang, whose long-shot campaign for...
Read more