Junior Mance, Jazz Pianist Who Performed With Giants, Dies at 92 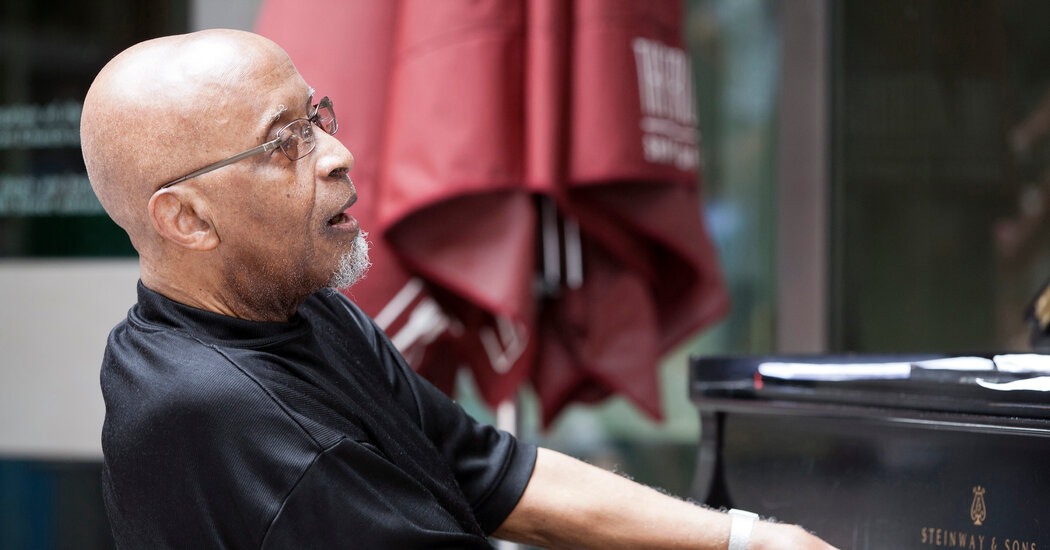 Junior Mance, a buoyant, bluesy jazz pianist who worked with some of the biggest names in jazz, including Lester Young, Dizzy Gillespie, Cannonball Adderley and Dinah Washington, before establishing himself as the leader of his own groups, died on Jan. 17 a his home in Manhattan. He was 92.

His wife, Gloria Clayborne Mance, said the cause was a brain hemorrhage caused by a fall last month. He also had Alzheimer’s disease.

Mr. Mance had a strong affinity for the blues — he wrote a book, “How to Play Blues Piano” (1967) — but he also played the standard repertoire with aplomb.

“The blues ooze through his performances, even when he is not actually playing a blues,” John S. Wilson of The New York Times wrote in a review of a performance by Mr. Mance in Manhattan in 1982.

Mr. Mance’s career took off in the late 1940s, when he worked with, among others, the saxophonist Gene Ammons, with whom he made his first records. Drafted into the Army, Mr. Mance wanted to join the band at Fort Knox but was told he could not unless he played a marching-band instrument. He did not.

One night while on guard duty, he heard big-band music coming from the service club. At first he thought he was hearing records, but when he entered the club he saw a live band led by a soon-to-be-famous saxophonist.

It was Mr. Adderley, who was leading the Fort Knox band. Mr. Mance, still in his fatigues and combat boots, asked to sit in, and impressed Mr. Adderley. The saxophonist soon arranged for Mr. Mance to join the band and become the company clerk, which let him avoid going to Korea. He would later learn that most of the soldiers in his company had died in an ambush.

“From that day on, Cannon and I were best friends for life,” Mr. Mance told the website JazzWax in 2011.

After his discharge in 1953, Mr. Mance joined the house band at the Beehive in Chicago, where he accompanied musicians like Charlie Parker and Coleman Hawkins. In 1954 and 1955 he toured with Ms. Washington. He played with Mr. Adderley’s quintet over the next two years before moving on to Mr. Gillespie’s group in 1958.

In a review of a performance by Mr. Gillespie’s band in Kansas City, Mo., in 1959, a critic for The Kansas City Times wrote: “In Junior Mance, Dizzy has found a remarkable pianist. Mance plays with the effects of thunder and lightning and seems to have at least 14 fingers.”

That year, at the invitation of the producer Norman Granz, Mr. Mance recorded “Junior,” his first album as a leader, with Ray Brown on bass and Lex Humphries on drums.

A review in The Boston Globe called Mr. Mance “one of the most swinging and utterly delightful pianists in jazz today” and described the album as a “ball all the way.”

Julian Clifford Mance Jr. was born on Oct. 10, 1928, in Chicago and grew up in Evanston. His father was a clothes presser, and his mother, Marie (McCollum) Mance, was a housekeeper.

Young Julian began playing the upright piano in his family’s apartment at age 5. He picked up music easily, and his father taught him boogie-woogie and stride. When he was 10, the saxophonist who lived upstairs from the Mances asked the elder Mr. Mance if Junior could fill in for the ailing pianist at the roadhouse where his band was playing.

“My father said I could,” Mr. Mance told JazzWax. “The gig went well. The audience was made up mostly of truckers taking a break from the road. No one paid much attention.”

He played in clubs throughout his teens, before entering Roosevelt College in Chicago (now Roosevelt University). His mother wanted him to be a doctor, but he registered for music classes. He stayed in school for a year and a half — at one point he was suspended for a week for playing jazz in a practice room instead of classical music — before joining Mr. Ammons’s band.

After playing in others’ bands through the 1950s, he spent the rest of his career largely leading small groups and recording dozens of albums for Atlantic, Capitol, Jazzland and other labels. His last two albums, both released in 2008, were “Groovin’ With Junior” and “Blue Minor.”

Reviewing his album “Mance,” released in 2000, Alex Henderson of AllMusic wrote: “Junior Mance’s work was impressively consistent in the ’90s. The veteran pianist didn’t do anything groundbreaking, but he excelled by sticking with the hard bop/soul-jazz approach that he had long since perfected.”

Mr. Mance also taught in the B.F.A. jazz program at the New School from the late 1980s until 2011, and toured with 100 Gold Fingers, a jazz ensemble consisting of 10 pianists, including Marian McPartland, Hank Jones and Tommy Flanagan.

For more than two decades, accompanied by a bassist, Mr. Mance was a fixture at the Knickerbocker Bar and Grill in Greenwich Village. He retired in 2016.

In addition to his wife, Mr. Mance is survived by his stepdaughters, Nadia King and Gail Wilson; a stepson, Walter Jones III; two step-granddaughters; and one step-great-grandson. Two previous marriages ended in divorce, and a third ended in his wife’s death.

Although Alzheimer’s prevented Mr. Mance from performing, music still played in his mind, his wife said. On the night he fell, she said, he imagined that he had finished a road engagement.

“He was in bed, talking to a fan who must have said he enjoyed his last number, and Junior said ‘I’m so glad you did,’” Ms. Mance said. “And I think he must have reached out to give the guy a hug or a handshake and tumbled out of bed.”