Jimmie Rodgers, Who Sang ‘Honeycomb’ and Different Hits, Dies at 87 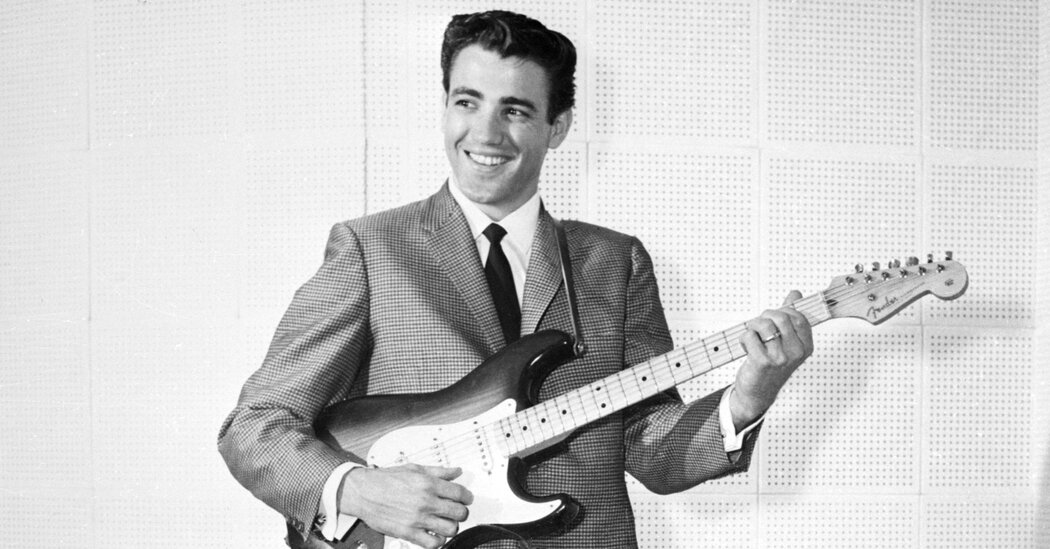 Jimmie Rodgers, whose smooth voice straddled the line between pop and country and brought him a string of hits — none bigger than his first record, “Honeycomb,” in 1957 — died on Monday in Palm Desert, Calif. He was 87.

His daughter Michele Rodgers said that the cause was kidney disease and that he had also tested positive for Covid-19.

Mr. Rodgers was a regular presence on the pop, country, R&B and easy listening charts for a decade after “Honeycomb,” with records that included “Oh-Oh, I’m Falling in Love Again” (1958) and “Child of Clay” (1967), both of which were nominated for Grammy Awards.

He might have continued that run of success but for an ugly incident in December 1967, when he was pulled over by a man who, he later said, was an off-duty Los Angeles police officer and beat him severely.

Three brain surgeries followed, and he was left with a metal plate in his head. He eventually resumed performing, and even briefly had his own television show, but he faced constant difficulties. For a time he was sidelined because he started having seizures during concerts.

“Once word gets out that you’re having seizures onstage, you can’t work,” he told The News Sentinel of Knoxville, Tenn., in 1998. “People won’t hire you.”

Mr. Rodgers was found to have spasmodic dysphonia, a disorder characterized by spasms in the muscles of the voice box, a condition he attributed to his brain injury. Yet he later settled into a comfortable niche as a performer and producer in Branson, Mo., the country music mecca, where he had his own theater for several years before retiring to California in 2002.

James Frederick Rodgers was born on Sept. 18, 1933, in Camas, Wash., in the southwest part of the state. (Four months earlier, a more famous Jimmie Rodgers, the singer known as the father of country music, had died; the two were unrelated.) His mother, Mary (Schick) Rodgers, was a piano teacher, and his father, Archie, worked in a paper mill. Jimmie started out singing in church and school groups.

After graduating from high school, he briefly attended Clark College in Washington State but left to enlist in the Air Force, serving in Korea during the Korean War. In a 2016 interview with The Spectrum, a Utah newspaper, he recalled one particular evening near Christmas 1953.

“I bought a beat-up old guitar from a guy for $10 and started playing and singing one night and all the guys joined in,” he said. “We were sitting on the floor with only candles for light, and these tough soldiers had tears running down their cheeks. I realized if my music could have that effect, that’s what I wanted to do with my life.”

Back in the States and stationed near Nashville, he started performing in a nightclub for $10 a night and free drinks before returning to Washington after mustering out. In 1957 he traveled to New York to perform on a TV talent show and also snagged an audition for Roulette Records, singing “Honeycomb,” a Bob Merrill song he had learned off a recording by Georgie Shaw and had been performing in the Nashville club.

“They basically said, ‘Don’t go any further, that’s great,’” he said in an interview with Gary James for classicbands.com.

Mr. Rodgers was taken to a studio to record what he thought would be a demo with musicians he had only just met.

“They brought in four players and three singers and we recorded it in about two hours — no charts, no music,” he said in a 2010 oral history for the National Spasmodic Dysphonia Association.

A week or two later, he was surprised to hear the song on the radio. It reached the top of the Billboard pop and R&B charts.

Later that year he had another success with his version of a song that had been a hit for the Weavers, “Kisses Sweeter Than Wine,” giving it an up-tempo kick and injecting key changes similar to what he had used in “Honeycomb.”

“I was told that they won’t sell — records that change keys, people can’t sing along with them,” Mr. Rodgers recalled in an oral history recorded in 2002 for the National Association of Music Merchants. The public disagreed.

His early songs, released as Elvis Presley was shaking up the music scene, were a sort of comfort food, jaunty yet melodic and not too earthshaking. In 1959 his quick popularity earned him his own television variety show, which ran for one season.

“If his singing style calls for more emphasis on beat than lilt,” Jack Gould wrote of its premiere in The New York Times, “at least it has the virtue of being well this side of rock ’n’ roll.”

Mr. Rodgers dabbled in acting in the 1960s, including a leading role in “Back Door to Hell,” a 1964 war movie whose cast also included Jack Nicholson. In 1965, “Honeycomb” found new life when Post introduced a cereal by that name, repurposing the song to advertise it, the jingle sung by Mr. Rodgers. He also sang a SpaghettiOs jingle that riffed on his “Oh-Oh, I’m Falling in Love Again.”

Mr. Rodgers said he was under consideration for a featured role in the 1968 movie musical “Finian’s Rainbow” when the encounter on the freeway derailed his career. In his telling, he was driving home late at night when the driver behind him flashed his lights. He thought it was his conductor, who was also driving to Mr. Rodgers’s house, and pulled over.

“I rolled the window down to ask what was the matter,” he told The Toronto Star in 1987. “That’s the last thing I remember.”

He ended up with a fractured skull and broken arm. He said the off-duty officer who had pulled him over called two on-duty officers to the scene, but all three scattered when his conductor, who went looking for Mr. Rodgers when he hadn’t arrived home, drove up.

The police told a different story: They said Mr. Rodgers had been drunk and had injured himself when he fell. Mr. Rodgers sued the Los Angeles Police Department, prompting a countersuit; the matter was settled out of court in his favor to the tune of $200,000.

During his long recovery Mr. Rodgers got another shot at a TV series, a summer replacement variety show in 1969.

His marriages to Colleen McClatchy and Trudy Ann Buck ended in divorce. In 1978, he married Mary Louise Biggerstaff. She survives him.

In addition to her and his daughter Michele, he is survived by a son, Michael, from his first marriage; two sons from his second marriage, Casey and Logan; a daughter from his third marriage, Katrine Rodgers; five grandchildren; and two great-grandchildren.

Rusty Young, a founding member of the popular country-rock group Poco and a key figure in establishing the pedal steel guitar as an...
Read more
Music

When a TikTok Influencer Dances, Who Will get Credit score?