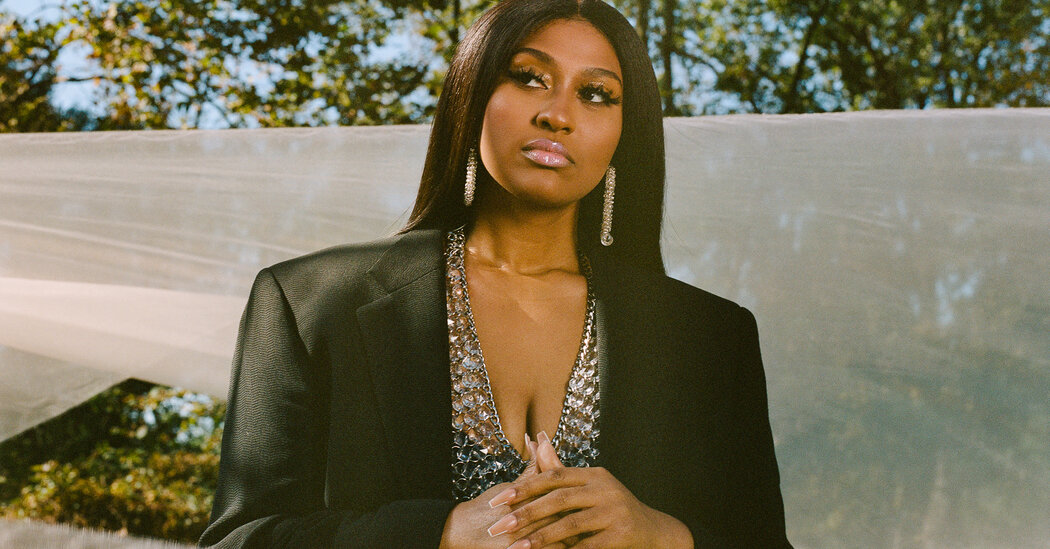 Jazmine Sullivan has never prettified romance. In her songs, love nearly always leads to pain: rejection, infidelity, heartbreak, violence. She opened her 2008 debut album, “Fearless,” with “Bust Your Windows,” taking revenge on a cheating boyfriend, and a few songs later, the singer ends ongoing domestic abuse with murder. Her narrators don’t spare anyone who wrongs them; they don’t forgive their own failings either.

Sullivan’s music carries the churchy, high-stakes emotionality and down-to-earth detail of vintage Southern soul into the everyday situations and electronic soundscapes of hip-hop. And in case no one noticed before, her fourth and bleakest album, “Heaux Tales” — arriving five years after “Reality Show” — makes clear that her stories were never meant to be hers alone.

“Heaux Tales” is schematic, a successor to didactic concept albums like “The Miseducation of Lauryn Hill” and the visual version of Beyoncé’s “Lemonade.” Spoken-word “tales” from six women — confessions and hard-earned observations — are followed by songs that flesh them out as character studies. (Although the spoken-word tracks get some accompaniment from electronic beats and gospel organ, the songs alone stand up far better to repeated listening.)

“Heaux” is a Frenchified version of “ho,” placing a longtime insult at an analytical distance. In the songs on “Heaux Tales,” Sullivan looks behind dismissive stereotypes — party girl, avenger, sex addict, gold digger, cheater, castoff — to show complicated human longings behind them.

Sullivan released “Pick Up Your Feelings” in November in two versions: as the album’s audio track and as a live version. It’s a cutting, unforgiving farewell to a cheating lover, by no means the first in her catalog. “I deserve so much more than you gave to me/Now I’m saving me,” she declares to someone she’s caught “double dippin’.”

The live version, with Sullivan accompanied only by electric guitar and backup singers, matches virtuosity to vehemence as she switches among long swoops, cascading runs, quick jazzy syllables and wide leaps. The album track, with drums, retro-sounding strings and disorienting studio-reversed piano chords, is more dismissive and colder in its fury; Sullivan flings short phrases like a knife-thrower.

But the righteous anger of a breakup is one of the album’s easier stances. Other songs venture into trickier, more ambivalent territory. In the singer is the betrayer in “Lost One”; it’s a confession of pure despair, moaned in Sullivan’s low register over a hollowly echoing guitar, as she watches the one she cheated on have rebound affairs and begs, “Try not to love no one.”

She also embraces female desire as compulsion and challenge. In “Put It Down,” Sullivan sings in crisp, near-rap cadences about letting lust override all her better judgment, while in “On It,” she and Ari Lennox coo over a slow-swaying groove as they tease a lover to “prove why you deserve it,” adding some hints on technique.

And with some spoken-word goading, Sullivan ponders the ways sex can turn into a material transaction — being a “heaux” — in “Pricetags,” “The Other Side” and “Girl Like Me.” In “Pricetags,” the singer’s simple greed is answered by Anderson .Paak with comic, escalating exasperation. “The Other Side” has a more sympathetic narrator. She’s broke and struggling, with her voice yearning and sailing upward as she sings, “I got dreams to buy expensive things”; then, over a brisker beat, she reveals her plan to “move to Atlanta” and “find me a rapper” who can afford all her imagined luxuries.

Sullivan ties the album’s themes together in its finale, “Girl Like Me.” Joined by H.E.R., with their voices overlapping over a handful of syncopated, descending guitar chords, the singer is wounded and adrift. Her boyfriend moved on with no explanation, leaving her insecure about her body and wondering what he wanted: “What you asked I would have given.” She’s sure “It ain’t right how these hos be winning,” then reconsiders: “That’s what you wanted, that’s what you get/A ho I’ll be.”

It’s not a happy ending, much less a role model’s advice. It’s just a way for one scarred character, on an album full of them, to persevere.