In Digital Readings, Much less (a Lot Much less) Is Generally Extra 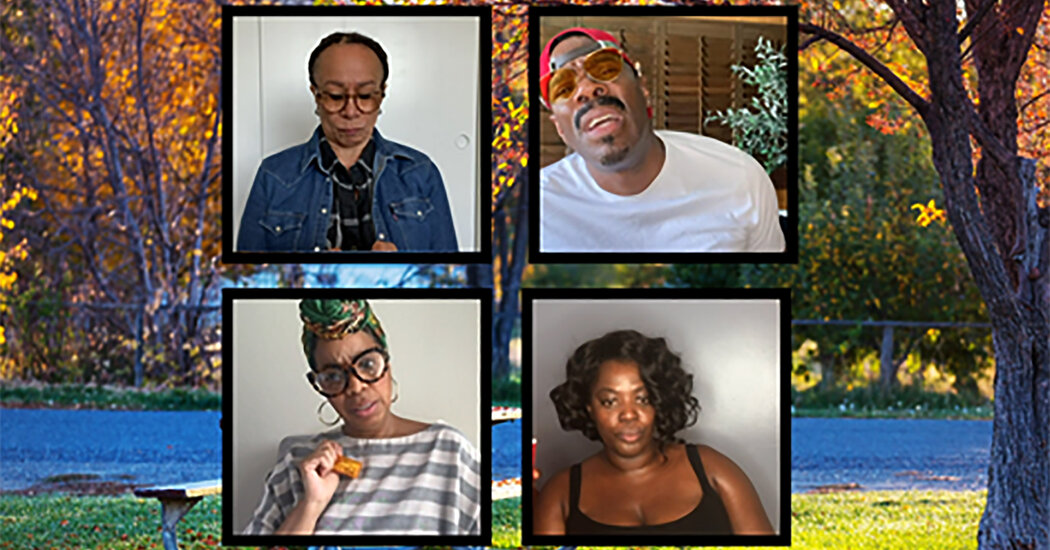 Despite those similarities, “Gloria” and the dozens of other examples of the form I’ve seen in the last 10 months are as different from traditional readings as they are from traditionally staged productions in how they shape dramatic material and how they work on the audience. Also in who that audience is. Generally either free or low-cost, and easily available to anyone with a computer or smartphone, virtual readings can be seen by many more people, of many different stripes.

That’s no small thing; mainstream theaters have for decades sought new audiences without offering them much reason to be found. Developmental virtual readings — to name one of three main subtypes I’ve discerned in the emerging genre — have been especially successful at putting more diverse material before the public’s eyes and, in the process, helping audiences feel engaged in a process that used to be kept from them, often deliberately.

At MCC Theater, developmental virtual readings are called LiveLabs; six new one-act plays, beginning with “Frankie & Will” last May, have been produced as part of the series. Two more, by Mfoniso Udofia and Susan Soon He Stanton, arrive in February.

“Frankie & Will” starred Michael Urie as Shakespeare and Ryan Spahn as his put-upon apprentice, riding out quarantine in a plague-struck London that was somehow also New York today. For audiences seeking some levity in a very dark moment, “Frankie & Will,” which could never have made it to a live stage so fast, was a welcome diversion, and a witty calling card for the playwright Talene Monahon.

Aziza Barnes, Halley Feiffer, Matthew Lopez, C.A. Johnson and Omar Vélez Meléndez are the other playwrights to whom LiveLabs has so far offered a casual, low-impact opportunity to test new ideas.

There was something to like in each of their one-acts, most of which will remain available online indefinitely. Feiffer’s “Between the Two Humps,” a spoof of the biblical Mary and Joseph, featured “live” design by Clint Ramos that for once enhanced the storytelling, while also matching the makeshift Zoom aesthetic. Barnes’s supernatural thriller “Pues Nada” — following up on her terrific “BLKS,” seen in a live MCC production in 2019 — exploited the psychological possibilities of the electronic medium while remaining emphatically a play.