Glimmerglass Pageant to Stage Its Operas Outside This Summer time 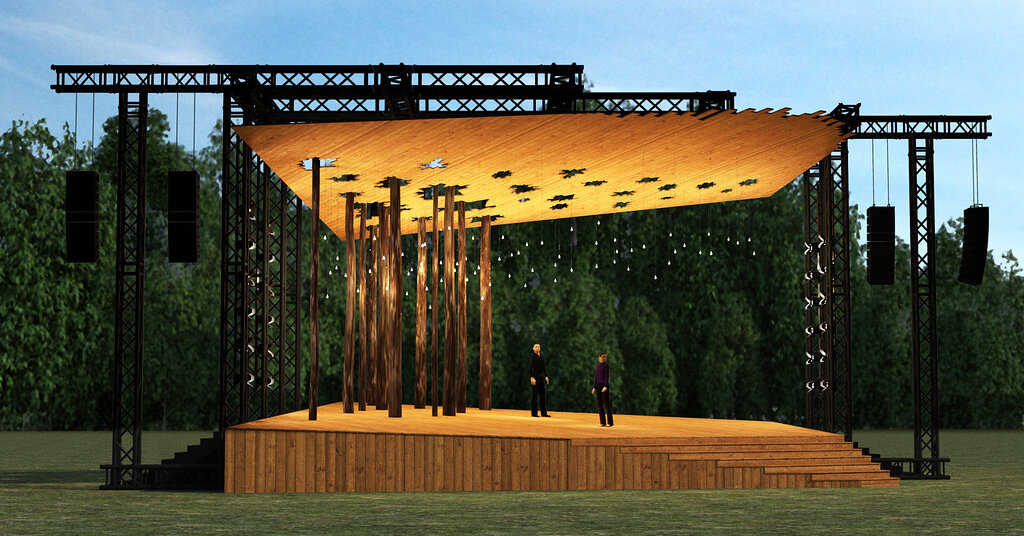 With many performing arts organizations trying to determine when it will be safe to return to their theaters, the Glimmerglass Festival announced Monday that it would take advantage of its bucolic surroundings in upstate New York to build an outdoor stage so it can perform this summer for socially-distanced audiences on its lawn.

The festival, in Cooperstown, N.Y., about 200 miles from New York City, was determined to make a comeback this summer after the coronavirus forced the cancellation of its 2020 season. So it will move performances out of its usual theater, the Alice Busch Opera Theater, to an outdoor stage, and will divide its rolling lawns into socially distanced areas that can fit up to four people with chairs and blankets. Covered booths will also be offered that can fit up to six.

“We invite you to join us this summer for a socially distanced festival where you will experience reimagined operas in the most ventilated area we could find: the great outdoors,” Francesca Zambello, the festival’s general and artistic director, said in a video presentation.

Festival leaders made the choice to move outdoors from its intimate 915-seat theater “primarily for the health and safety of our company members, audience members and community,” Ms. Zambello said. The stage will be built on the south side of its grounds.

The open-air performances will not be the only thing different about this summer’s festival, which is scheduled to run from July 15 to Aug. 17. The company said it would shorten its operas to 90 minutes for the safety of its audiences — avoiding the need for intermissions when people would mingle — and to build on the success it had with an abbreviated work in 2019, when it presented a 90-minute adaptation of “The Queen of Spades,” which combined elements of Tchaikovsky’s score and the Pushkin story.

Among this summer’s operas will be shortened versions of Verdi’s “Il Trovatore,” Mozart’s “The Magic Flute” and Offenbach’s “Songbird (La Périchole).” The festival has lined up several opera stars for its summer’s offerings, including the bass-baritone Eric Owens and the mezzo-sopranos Isabel Leonard and Denyce Graves.

The company will also mark the beginning of a three-year initiative this season called “Common Ground” that would unveil six new pieces that show an audience stories of life in America. As part of the initiative, the festival will offer two new pieces, a dance called “On Trac|<,” and an opera called “The Knock.”

The dance will be a homage “to the generations of people who have cultivated this land,” said Amanda Castro, who will perform the piece. “I think it’s so important that we tell these stories through dance, a physical manifestation of history, because it allows audiences to view the stories of their neighbors.”

“The Knock,” is a one-act opera piece that will showcase a group of American military wives waiting for news about their husbands who are deployed. The opera, by Aleksandra Vrebalov and Deborah Brevoort, features a libretto based on years of interviews with military spouses that Brevoort conducted.

The festival will give the world premiere of “The Passion of Mary Cardwell Dawson,” a play featuring music that celebrates Dawson, who founded a groundbreaking all-Black opera company called the National Negro Opera Company in 1941.

“Mary Cardwell Dawson broke through incredible barriers to give voice to singers of color, creating opportunities that eventually brought them to major American opera house stages for the first time,” said Graves, the mezzo-soprano taking on the title role.

The festival will also feature “Gods and Mortals,” a staged Wagner concert that will feature Owens, and “To the World,” featuring global popular music theater hits.