Home HOUSE DESIGN Does It Make Sense to Name Anybody ‘Regular’?
HOUSE DESIGN

Does It Make Sense to Name Anybody ‘Regular’? 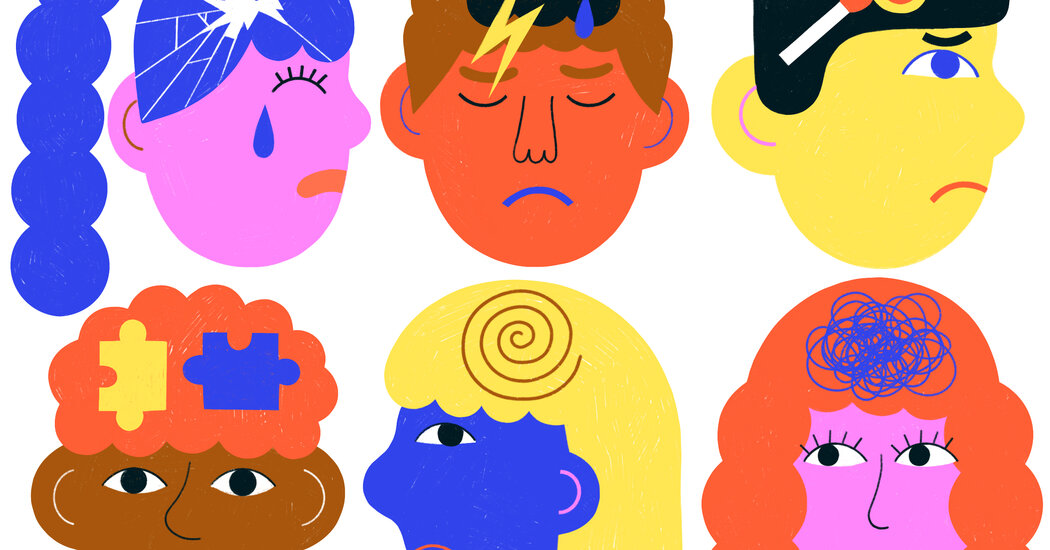 After treating several thousand troubled American pilots during World War II, the psychiatrist Roy Richard Grinker made a profound observation: that under such horrific stress, “a hair divides the normal from the neurotic.”

The doctor had witnessed how war could turn a man into a quivering child, unable to put words to his experiences. And he had seen how treatment — a combination of talk therapy and sodium pentothal, or “truth serum” — could spur recovery. His reports from the front lines, according to a 1944 article in this newspaper, “finally exploded as a myth” the notion of mental illness as a scourge of the weak.

But that myth never went away, as powerfully chronicled in a new book by the psychiatrist’s grandson, an anthropologist also named Roy Richard Grinker. A rich history woven with insights from four generations of the Grinker family’s research, “Nobody’s Normal” shows how a society’s needs and prejudices shape how it deals with mental illness, from the regrettable asylums and lobotomies of past centuries to the recent corporate trend of recruiting employees with autism. Grinker makes an edgier point, too: that cultural circumstances — whether in combat or on a college campus — can influence how someone expresses psychological pain.

The book sings with the empathetic and authoritative voice of Grinker, whose studies have investigated how autism is perceived across the world. His grandfather, before treating Air Force pilots, was one of Sigmund Freud’s last patients — and left his grandson vivid stories of the famous analyst’s methods, paranoia and smelly Vienna waiting room. Grinker’s great-grandfather was also a scholar of the mind, a Chicago neurologist who believed that insanity was caused by “that hallucination called love” and a woman’s penchant for shopping.

For example, distressed soldiers in World War I — anxious, mute, their bodies stiff and contorted — were labeled with a new term, as sufferers of “shell shock,” because the previous one, “hysteria,” was considered too feminine. In the civil rights era, some psychiatrists called schizophrenia the “protest psychosis,” and ads for antipsychotics included images of African masks — two manifestations of the biased belief, still prevalent today, that Black (and other nonwhite) people are more prone to psychosis. In South Korea today, an autism diagnosis is often received as a stain on a family’s bloodline because of the disorder’s genetic roots. As a result, parents there, Grinker’s research has found, prefer an environmental reason, even the label “reactive attachment disorder,” thought to be caused by loveless mothering.

Grinker does not claim that everyone is sick, nor that mental illness does not exist. In fact, the book shows that psychiatric disorders, whatever they happen to be called, have always been with us. But for the past few centuries, he argues, Western doctors have been fixated on distinguishing real illnesses from fictive ones, normal from abnormal. And those bright demarcations have made it easier to stigmatize people as other — and less than.

Like his grandfather, Grinker prefers to think of neurosis on a continuum. “I was raised in a family that believed everyone had a little mental illness,” he writes. This mind-set has become more common over the past decade, as people joke about being “O.C.D.” or “on the spectrum,” and celebrities regularly share their experiences with one diagnosis or another. This growing awareness, if not full acceptance, has led to better accommodations — and empathy — for people in the outer bands of the spectrum.

A few years ago, while watching his daughter give a speech at her high school graduation, Grinker “saw stigma appear and disappear within seconds.” When she began to speak, the crowd giggled at her singsong voice — then went silent the moment she told them she had autism. “The audience now had a way of understanding her,” Grinker writes. “And what had been strange suddenly made sense.”