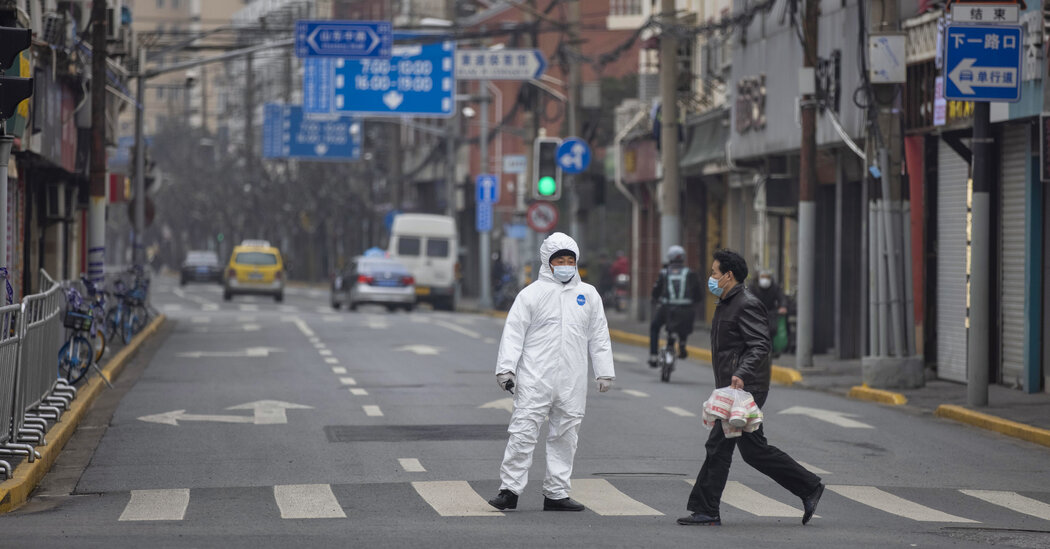 An official in the northeastern Chinese city of Tonghua, where residents are barred from leaving their homes amid a strict lockdown, apologized to residents who said they had not been receiving enough food.

Tonghua, an industrial city of about two million people in Jilin Province, went into lockdown on Jan. 20 after the number of recent cases grew to nearly 100. Since then the local outbreak has been largely brought under control, with just two new symptomatic cases reported on Saturday.

As China observes the one-year anniversary of the lockdown in Wuhan, the central city where the virus was first discovered, other parts of the country are confronting smaller outbreaks. The government has responded with mass testing and citywide lockdowns that at one point affected more than 28 million people, almost three times the size of the population that was initially locked down in Wuhan.

On Monday, China reported 124 new cases in the previous 24 hours, including 117 local cases and seven among travelers in quarantine after returning from overseas. That is an increase from 80 cases reported a day earlier, though still vastly lower than other large countries. Mainland China, which has a population of 1.4 billion people, has recorded a total of about 100,000 coronavirus cases and 4,635 deaths, according to a New York Times database.

In Tonghua, the tough restrictions on movement have led to widespread complaints, with residents taking to social media to vent and seek help. Jiang Haiyan, a deputy mayor, acknowledged the problems on Sunday, saying that a lack of personnel had hindered the distribution of supplies.

“At present, there are problems of untimely and inadequate distribution of household materials for citizens, which has caused great inconvenience to everyone’s lives,” Ms. Jiang said.

The city’s Communist Party committee and local government “express their sincere apologies to everyone,” she added.

The city had since recruited a large number of community workers and volunteers to ensure adequate supply distribution, Ms. Jiang said.

But on the social media accounts for The People’s Daily, the Communist Party’s main newspaper, some people continued to express dissatisfaction with the situation.

“Before the residents weren’t treated humanely, they didn’t tell us anything and in one night went from house to house sealing everything up,” read one popular reply. “Now grass-roots officials and volunteers are treated inhumanely, and in one night all the food must be distributed door to door.”

In other developments around the world: