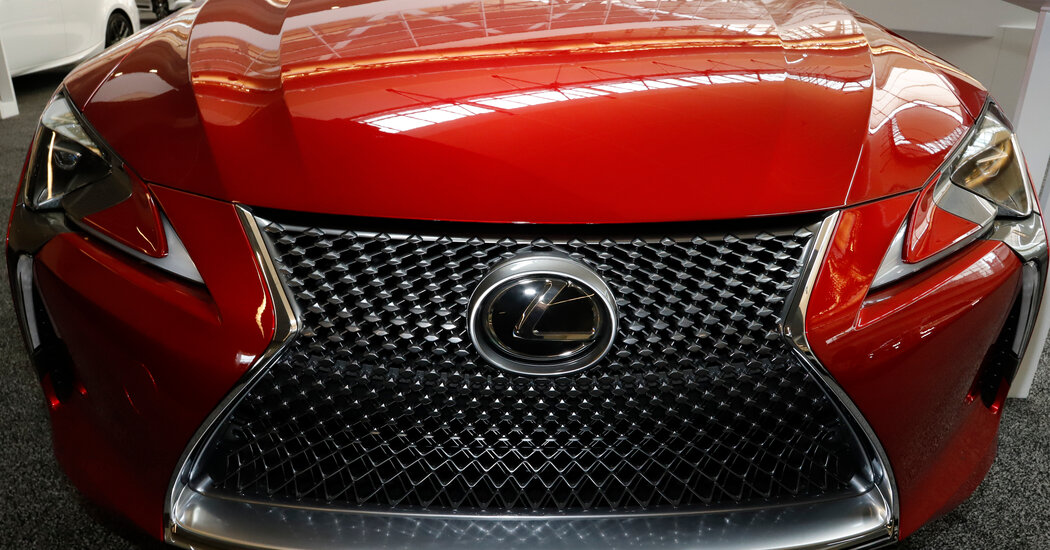 Every generation of automotive design has its Mona Lisa — and its Dogs Playing Poker.

We’ve had tail fins (time for a comeback?) and the mock-convertible tops of landau vinyl roofs (I cruelly — but rightfully — judge my parents on that tacky 1980s decision). Remember the sharply angled rears of the “bustleback” Cadillac Seville, Lincoln Continental and Chrysler Imperial? No? Lucky you.

We may look back at 2020 as the moment automakers reached peak grille. Of course there’s that pandemic and political chaos. But more than ever, grilles are in. Grilles are big. Grilles are bold. Grilles are somewhat unnecessary on some cars, but there they are. Some could qualify for their own ZIP code if they weren’t on wheels.

To understand why this is, it helps to understand the difficulties automakers face in trying to produce standout designs. Cars and trucks are global products that must meet seemingly countless worldwide governmental safety and fuel efficiency standards. Imagine a new law school graduate having to pass the American, German, Japanese, Korean and Swedish bar exams in order to work. I rest my case, Your Honor.

Automakers spend billions of dollars meeting the blizzard of regulations and shaping silhouettes to cheat the wind. We see only the styling that envelops the engineering. Design is the sizzle, the emotion, at the very least a tiebreaker when it comes to choosing a vehicle.

In 2009 when Akio Toyoda assumed the presidency at the company with his family name on the building, he famously declared, “No more boring cars.” Take a look at the lineup now. My, what a large face you have, Camry.

“Years ago, Lexus didn’t have identity,” said Kevin Hunter, president at Toyota’s Calty Design Research studio. “It was trying to be a brand for everyone, which neutralized our position and identity.”

“The identity is one we call our own, very different from our competitors,” he said. “It’s very big and polarizing, that’s true, but we like the fact we’re polarizing now. It means that we’re pushing the envelope and taking more chances. Consumers recognize it — the grille binds our cars together as a cohesive unit.”

With aerodynamics dictating auto design, the front is the best place to give vehicles some character. People don’t buy the cars they forget. You may not like Picasso’s Cubism period, but you know it when you see it.

It might come as a surprise, but automakers aren’t necessarily trying to appeal to the widest possible audience. Ask Domagoj Dukec, head of BMW design, what the brand stands for and he says, “Be stunning, and make a difference.” Mission accomplished with the 2021 BMW 4 Series Coupe. The current “it” car for maximum face, it takes the brand’s classic twin-kidney grille and turns the visual up to 11. Maybe 12.

The design has generated attention that money can’t buy — exactly what Mr. Dukec and his team aimed for.

“Design is the emotional approach to any product experience,” he said. “It’s of course very subjective. Not everybody will like it, but it must have personal and individual significance to the customer. This can be different from product to product. That bold face on the 4 Series is not something a businessperson would want on their 5 Series.”

BMW is no stranger to styling controversy. In a 10-year run that began in 1999, Chris Bangle turned out designs so polarizing there were back ends widely known as “Bangle Butts.” Now many see Mr. Bangle’s designs as groundbreaking.

Mr. Dukec understands that not all will like the large nostrils of the 4 Series. But they get the message across.

“It’s very distinctive in our portfolio, and clearly BMW,” he said. “Polarizing, yes, but this is very welcome because people want to show off.”

Another contender for Grille of the Year can be found across the Genesis lineup. Called the Crest Grille, it’s an elongated version of the emblem found between the wings of the brand’s badge. And it’s the size of Seoul.

Brash? Certainly. But the scarcity of the brand’s new GV80 S.U.V. suggests the designers did something right.

“You might absolutely hate the grille,” said Jarred Pellat, from Hyundai’s luxury brand, “and that’s what I love about Genesis design. The designers aren’t afraid to make strong statements while building a brand from scratch. We don’t have the history of some of our German competitors — we’re free to innovate with design. The Crest Grille tells people this is a Genesis, like a second logo.”

The round headlights and seven-slot grille of Jeep’s Wrangler are an actual trademark for the brand (though the lights were square for a spell starting in the late ’80s). Jeep defends it like a Rubicon clawing rugged terrain, suing General Motors’ Hummer division and most recently Mahindra, the Indian automaker.

Fun fact: All Jeeps have a seven-slot grille, but “not all of them are actually functional,” said Mark Allen, head of Jeep design. “It’s completely blocked off on the Compass, but it’s far from useless: It says this is a Jeep.”

That rugged American image has helped the brand grow in sales to 1.5 million, from 350,000 at the start of Mr. Allen’s tenure in 2009. Jeep is the most successful American brand in the famously closed Japanese market. It can’t hurt that Wrangler is the most recognizable vehicle on the planet. Oh, and its grille is pretty darn large.

Andrew Smith, executive director of Cadillac design, said, “Design is ultimately about making the customer feel special, to make them feel like they stand out in the crowd.” While the brand’s frontal signature is large vertical LED running lights, only a few models, like the Escalade, have an acre of face space.

“We don’t do Russian doll design, where there’s a small, medium and large version of an S.U.V., ” Mr. Smith said. “They’re all Cadillacs, but they’re different, and the grille wants to be in proportion to the face of the vehicle.”

He added: “In the case of Escalade, the giant maw is functional. People tow with it, it hauls a lot of people and cargo, so there needs to be airflow to cool the engine.” The same goes for pickups.

Cadillac has announced that it is accelerating the switch to electrification, starting with the Lyriq S.U.V. in late 2021. Electric vehicles will challenge designers. With no engine to cool, the fronts will still have a big role.

“Lyriq’s face will have a complex lighted feature so it looks like a truly luxurious vehicle,” Mr. Smith said. “Plus, we’ve got Super Cruise and emerging autonomous technologies with sensors that need to be at the front of the vehicle. We’re designing surfaces that are flush and clean to put those sensors behind so they’re invisible to the customer.

“The front will continue to provide identity, like a belt buckle of sorts,” he added.

BMW’s Mr. Dukec agrees. “Our upcoming iX electric vehicle has almost no openings in front,” he said. “The signature twin kidneys that announce this is a BMW are closed because it’s an E.V. But the kidneys will house the cameras and sensors that can’t see through paint.”

And those kidneys? You guessed it, they’re huge.