Business Leaders Condemn Violence on Capitol Hill: ‘This Is Sedition’ 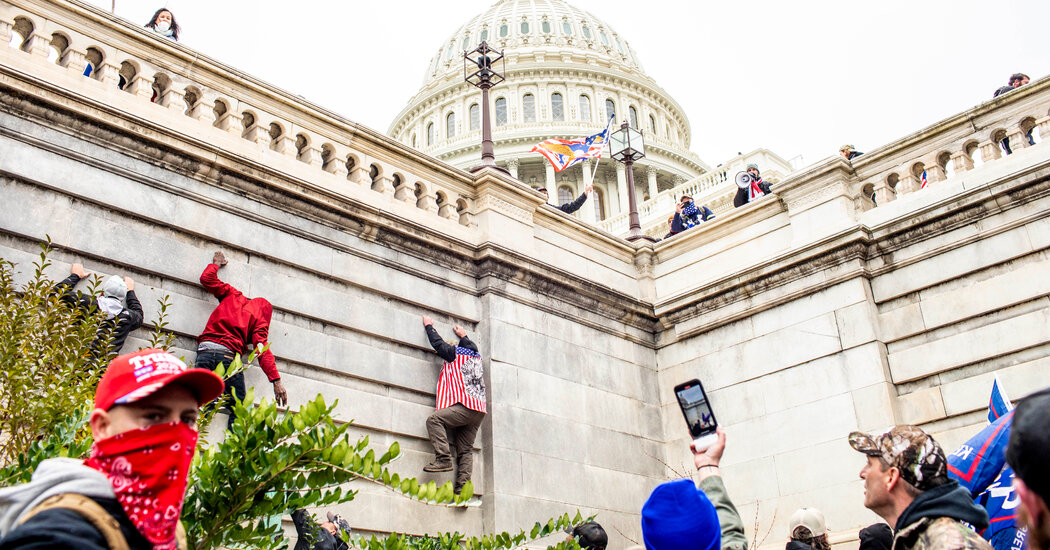 Many business leaders spoke out individually, though many avoided calling out the president and other politicians by name. “I strongly condemn the violence in our nation’s capital,” Jamie Dimon, the chief executive of JPMorgan Chase, said in a statement on Wednesday afternoon.

“Our elected leaders have a responsibility to call for an end to the violence, accept the results and, as our democracy has for hundreds of years, support the peaceful transition of power,” he said.

Sundar Pichai, the chief executive of Alphabet, Google’s parent company, said the events were “shocking and scary for all of us,” in an email to employees that was obtained by The New York Times.

“The lawlessness and violence occurring on Capitol Hill today is the antithesis of democracy and we strongly condemn it,” Mr. Pichai said.

Tim Ryan, the chief executive of the accounting firm PwC, formerly known as PricewaterhouseCoopers, was addressing staff during a previously planned webcast as the Capitol was stormed, prompting him to tell employees what was happening.

“Our Capitol building has been stormed by protesters that are resisting our democratic process and are threatening violence,” Mr. Ryan said, according to the company. “I think it is safe to say that this is a surreal day that will go down in our country’s history, and it is devastating to watch these events unfold right before our eyes.”

Shawn G. Kennedy, Occasions Reporter in a Vanguard, Dies at 73

Back in the 1970s, as The New York Times lagged behind other papers in hiring reporters and editors of color, Paul Delaney, the...
Read more
Business

Vegan Cheese, however Make It Scrumptious

The pleasures of a bloomy-rind cheese begin before you slice into it — the softly wrinkled wheel, dappled and dimpled like the face...
Read more