Bringing Levels to Storefronts in a Theater-Hungry Metropolis 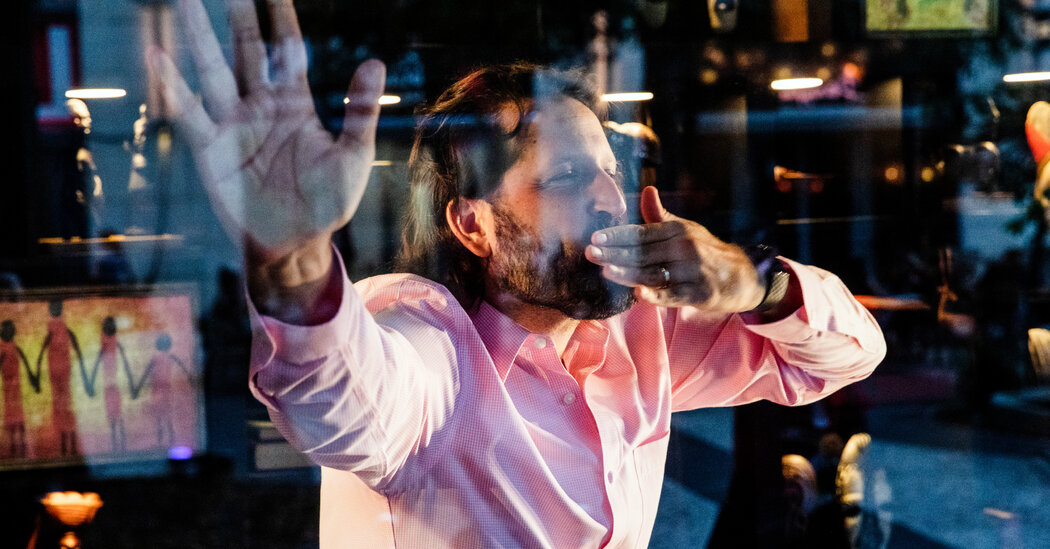 MIAMI — As the final performance of Miami New Drama’s “Seven Deadly Sins” ended Sunday night, the actors streamed onto Lincoln Road, thanking the company’s artistic director, Michel Hausmann. They had spent months performing separately, inside adjacent vacant storefronts on this South Beach pedestrian mall, to an audience that watched and listened from a distance.

Whooping and hugging each other, they gathered around the gregarious Hausmann at the outdoor bar lit by a neon “Purgatory” sign. They continued celebrating, even as the glowing red signs, reading “Lust” “Greed” “Wrath” and more, flickered off and the block turned dark.

The pandemic closed the city on March 13, the eve of the opening of Miami New Drama’s first musical. To keep the 5-year-old company going, Hausmann, who is from Venezuela, commissioned seven notable playwrights — five Latino or Latina, two Black — to write short works that would fit under the “Seven Deadly Sins” rubric.

They included Aurin Squire, who imagined sloth as a white woman claiming Black identity. Carmen Pelaez envisioned pride as the arrogant statue of John Calhoun, an outspoken defender of slavery, challenging the crowd that is pulling him down. Moisés Kaufman, who co-founded New Drama with Hausmann, portrayed greed by way of a brother and sister clashing over their father’s will.

Six of the plays, all with either one or two actors, were staged in glassed-in storefronts, the seventh in the loading dock of the Colony Theater, the company’s regular home on Lincoln Road.

Guides led audience groups of 12 from store to store, where they listened to the actors over iPods Velcroed to their bright red, socially distanced chairs.

“Seven Deadly Sins” was extended twice, selling out for most of its two-month run. According to Actors Equity, “Seven Deadly Sins,” produced at a cost of $580,000, was the biggest live professional theater production in the country at the time, employing 100 theater workers, from stage crew to designers and actors. And thanks to meticulous precautions — including individual dressing room/rehearsal spaces — no one got sick.

On the phone the morning after the show wrapped up, Hausmann reflected on the inspiration for the production and why it mattered. These are edited excerpts from the conversation.

How did you feel seeing this show end?

I cried when we couldn’t extend again. Then I made my peace with it. I feel like we pulled off a miracle. Not only artistically, but that the health protocols worked.

How did you come up with the idea?

I was extremely pessimistic when the pandemic hit. I’m normally an optimist. But I understood what we were facing was an unprecedented disruption. I’d been thinking for years about the empty storefronts on Lincoln Road. I was packing my office knowing I wouldn’t return for a very long time, and it hit me walking to my car and looking at those storefronts and boom! I saw the actors inside, the audience outside.

Then I had the good and bad fortune of breaking my knee and wrist riding my bike. I spent weeks in bed. It was a quarantine inside the quarantine. My escape was imagining what I could do with the storefronts. I borrowed Thornton Wilder’s idea of doing 10-minute plays around the seven deadly sins, and a production in Venezuela in 1974 that commissioned different authors.

My first call was to Dan Gelber, the Mayor of Miami Beach. I told him we have this crazy idea that is impossible to pull off without the support of the city. He said, “We’re all in.”

What were you worried about?

Everything. We’ve become pretty good at producing shows inside the Colony Theater. Although this is literally 40 paces from our door it was like producing on the moon. We had to create seven different theaters — lighting, sound, sets. It was uncharted territory.

We had an incident before we opened where a man who I assume was a white nationalist was so offended by the Calhoun set that he threatened to bomb not only that storefront, but the Colony. He made that threat in a credible way. Twenty minutes later the whole block was taken over by police. That’s frightening, but that’s what theater should do. Theater needs to be political.

How did Covid-19 protocols shape the process?

You’ve always produced theater with a political dimension. How did that enter here?

I gave the playwrights a broad mandate: Pick your favorite sin and write a 10-minute play with one or two actors. What they brought back was a look at American society through the seven deadly sins. We helped process what it means to live in America in the year of the pandemic, Black Lives Matter, and political reckoning.

Given everything else going on, why was it important to stage live theater this year?

I felt a great sense of responsibility to the theatrical ancestors who figured out how to do theater in the Theresienstadt concentration camp, during apartheid in South Africa, in the living rooms of dissidents behind the Iron Curtain. To keep the flame alive.

I felt an even bigger responsibility to our local artists. We never furloughed anyone. We employed a hundred people for the setup of the play and 60 professional actors and techs for the almost three months we were rehearsing and performing. Even if the play had had no artistic merit, that for me is dayenu. [Hebrew for “It would have been enough.”]

What else did you learn?

It’s liberating to understand we are in the business of live storytelling. The possibilities are really endless.