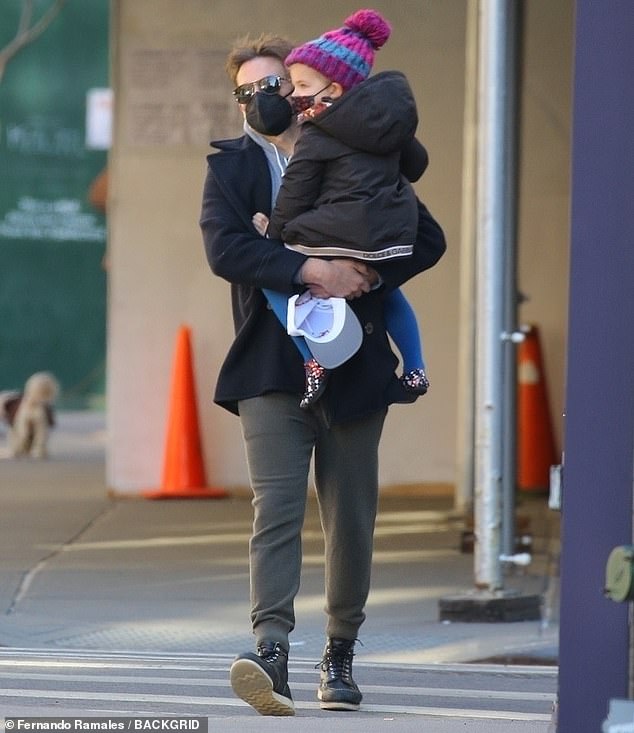 Bradley Cooper was seen getting a bit of fresh air for himself on Friday morning.

The 46-year-old actor was first spotted carrying his daughter Lea de Seine while they stepped out into the streets of New York City.

The Hangover franchise star was later seen taking a solo walk without his only child.

Quality time: Bradley Cooper was pictured carrying his daughter Lea while they enjoyed a shared walk through the chilly streets of New York City

Cooper was dressed in a sizable double-breasted black overcoat; he popped his outerwear’s collar during his solo walk.

Underneath his top layer, the actor wore a grey zip-up hoodie that provided a little extra warmth as he spent time in the chilly outside weather.

The director kept his bottom half comfortable in a pair of olive green joggers and leather high-top boots.

He also wore a pair of dark sunglasses and put on a baseball cap before stepping out on his own. 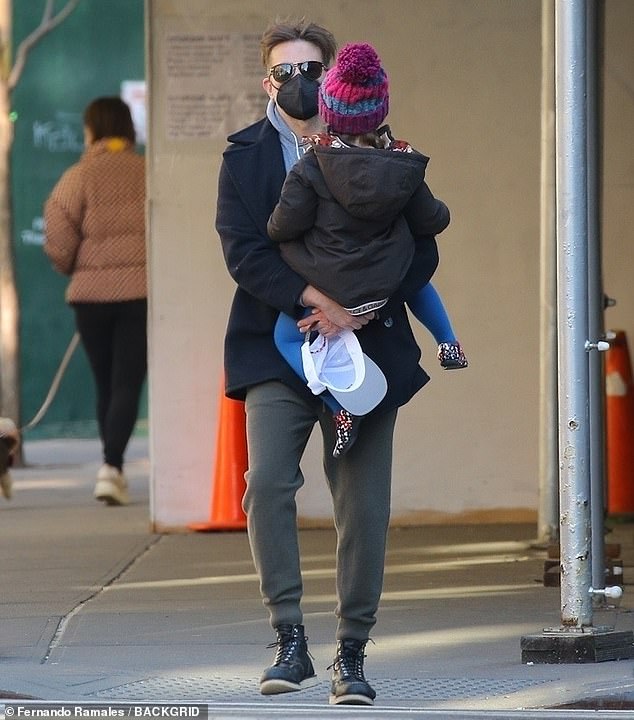 Staying cozy: The A Star Is Born actor was spotted wearing a black double-breasted overcoat while holding his only child 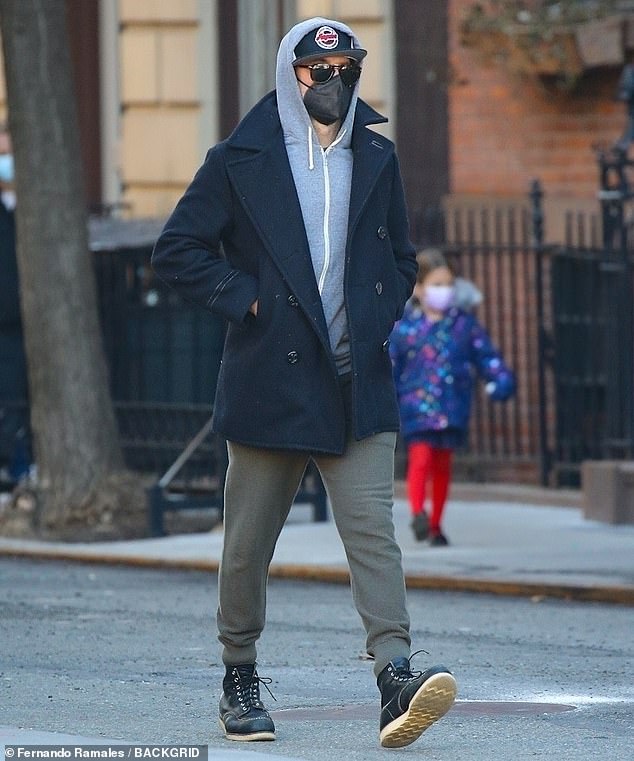 Doing his own thing: After dropping Lea off at home, Cooper ventured out into the city’s streets to take a solo walk

Cooper wore a large black facial covering to reduce the chance of exposure to coronavirus while spending time in public.

Lea, aged three, is the actor’s only daughter with his former partner Irina Shayk; the two were in a relationship from 2015 until 2019.

Prior to his involvement with the Russian supermodel, the actor was married to Jennifer Esposito from 2006 until 2007.

He was also previously in high-profile relationships with Renee Zellweger, Zoe Saldana and Suki Waterhouse.

Although Cooper and Shayk are no longer together, they remain on amicable terms and co-parent their daughter. 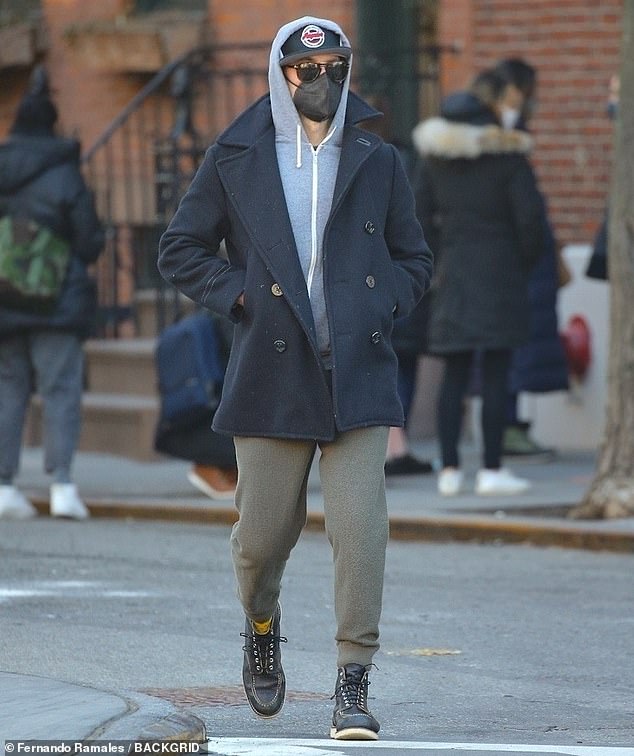 Love life: Before he became involved with Irina Shayk, whom he eventually welcomed Lea with, Cooper was briefly married to Jennifer Esposito and dated Zoe Saldana and Renee Zellweger, among others

During an interview with British Vogue, the 35-year-old supermodel expressed that the two are focused on raising Lea as best as they can, despite their status as single parents.

The runway fixture also remarked that she was happy to have welcomed a daughter with the actor and that she was grateful for the time they spent together. 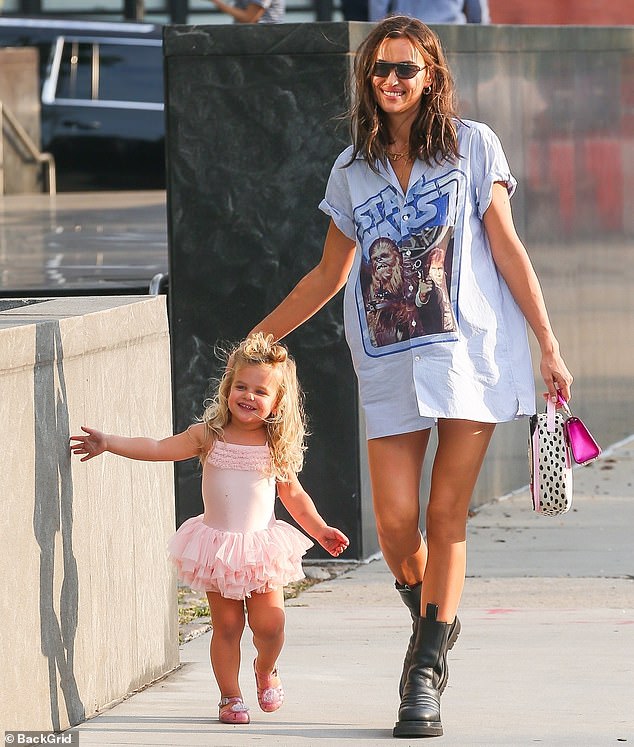 It’s all good: During an interview with British Vogue, the Russian supermodel reflected on her relationship with her former partner and commented that she was ‘very lucky’ to have spent time with the father of her daughter

‘Two great people don’t have to make a good couple. I think we’ve been very lucky to experience what we had with each other,’ she said.

Shayk also stated that she was attempting to set a positive example for her daughter about maintaining a steady profession.

‘I want my daughter to know that momma has a job in her life because I want to raise a strong, powerful woman.’ She added, ‘Presents and food do not come out of the blue.’ 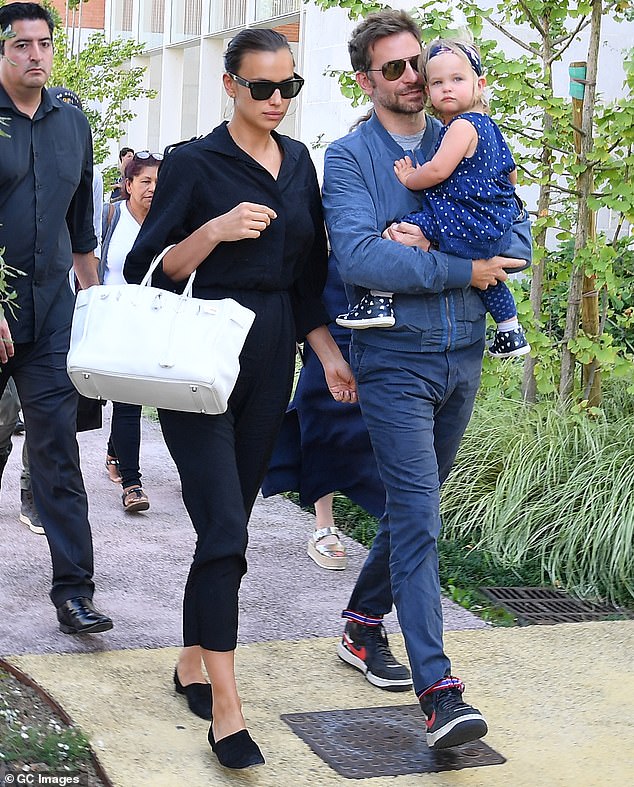 Timeline: Cooper and Shayk first met in 2015 and welcomed their daughter two years later before separating in 2019; the former couple is seen together at the Venice Film Festival in 2018