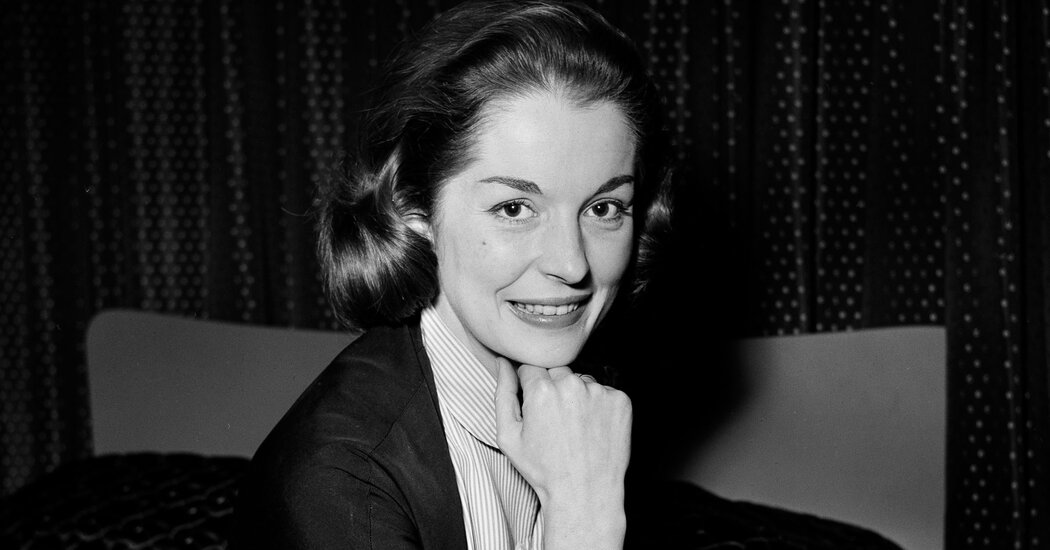 Sometimes Barbara Shelley was the victim. By the end of the movie “Blood of the Vampire” (1958), the Victorian character she played — her brocade bodice properly ripped —was in chains in a mad scientist’s basement laboratory.

She was at Christopher Lee’s mercy in “Dracula: Prince of Darkness” (1966), although before the end she had fangs of her own.

Sometimes she was an innocent bystander. In “The Village of the Damned” (1960), she was impregnated by mysterious extraterrestrial rays and had a son — a beautiful, emotion-free child whose glowing eyes could kill.

Sometimes she was the monster, although in “Cat Girl” (1957) it wasn’t her fault that a centuries-old family curse turned her into a man-eating leopard.

Ms. Shelley, the elegant queen of camp in British horror films for a decade, died on Jan. 4 in London. She was 88.

Her agent, Thomas Bowington, said in a statement that she had spent two weeks in December in a hospital, where she contracted Covid-19. It was successfully treated, but after going home she died of what he described as “underlying issues.”

Barbara Teresa Kowin was born on Feb. 13, 1932, in Harrow, England, now a part of Greater London. In 1955, she enjoyed a vacation in Italy so much that she stayed two years and made films there. When Italians had trouble pronouncing Kowin, she renamed herself Shelley.

Making “Cat Girl” back home in England led to her calling as a leading lady of horror. Most of her best-known pictures were for Hammer Films, the London studio responsible for horror classics including “The Mummy” and “The Curse of Frankenstein.”

But she also played almost a hundred other roles in movies and on television. She was Mrs. Gardiner, the Bennet sisters’ wise aunt, in a 1980 mini-series version of “Pride and Prejudice.” She appeared in “Doctor Who,” “The Saint,” “The Avengers” and “EastEnders.”

She made guest appearances on midcentury American series, including “Route 66” and “Bachelor Father.” And she had a stage career as a member of the Royal Shakespeare Company in the 1970s. Her final screen role was in “Uncle Silas” (1989), a mini-series with Peter O’Toole.

But the horror movies were her legacy.

“They built me a fan base, and I’m very touched that people will come and ask for my autograph,” Ms. Shelley told Express magazine in 2009. “All the other things I did, nobody remembers.”