Home WORLD Arizonans in search of vaccination are mistakenly calling an 8-year-old lady in...
WORLD

Arizonans in search of vaccination are mistakenly calling an 8-year-old lady in Missouri. 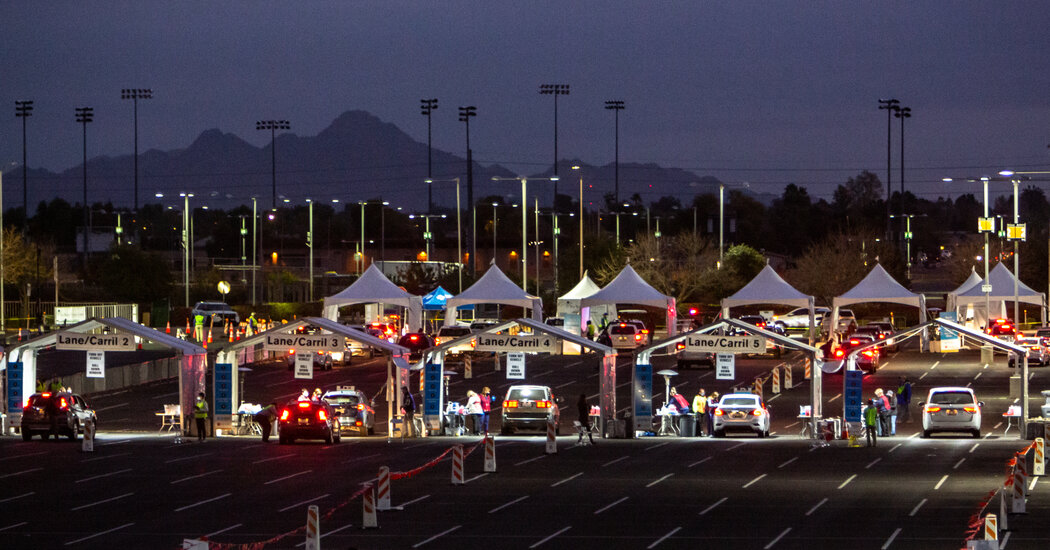 An 8-year-old girl in Missouri is getting an earful from frustrated Arizonans who are trying to get inoculated against Covid-19 and mistakenly calling her instead.

Sophia Garcia of Sullivan, Mo., who used to live in Arizona, has been receiving dozens of calls from people in the state on her hand-me-down phone, whose Phoenix number is just one digit different from the Arizona health department’s vaccine help line.

“Every five minutes my phone keeps ringing,” she told Phoenix’s CBS affiliate, KPHO/KTVK. Callers have been complaining about scheduling difficulties and asking how to book an appointment, her family said. In response, Sophia has recorded a voice mail message directing callers to the appropriate number.

Her story offers a glimpse of the struggles and at times desperation of people seeking vaccination in Arizona and elsewhere. People across the United States have complained of their second dose appointments being canceled after vaccination sites ran out of supplies. And there are concerns that President Biden’s goal of 100 million shots in 100 days may not be ambitious enough.

Arizona, which has the worst infection rate in the country, is speeding up vaccinations after a slow start, with the Department of Health Services announcing on Sunday that more than 400,000 doses had been administered. Over 61,000 people have received both doses, the health department said. A New York Times tracker monitoring the vaccine rollout in each state places Arizona in the top 20 for doses administered.

After earlier glitches and staff shortages, the state attributes the turnaround partly to round-the-clock use of the State Farm Stadium in Glendale, a suburb of Phoenix, as a site for inoculations in the past few weeks. “The success of our State Farm Stadium vaccination site has made it clear that Arizona can efficiently and effectively administer vaccine to large numbers,” Dr. Cara Christ, director of the Arizona Department of Health Services, said in a statement.

Another vaccination site at the Phoenix Municipal Stadium is set to open next week.

In the meantime, Arizonans who inadvertently call Sophia in Missouri will get this firm but encouraging message: “Hopefully, if you try carefully, you could get the right number.”

U.S. plans full Afghan withdrawal by Sept. 11 President Biden has decided to pull out the remaining U.S. troops from Afghanistan by the...
Read more
WORLD

Iran said Tuesday that it would begin enriching uranium to a level of 60 percent purity, three times the current level and much...
Read more