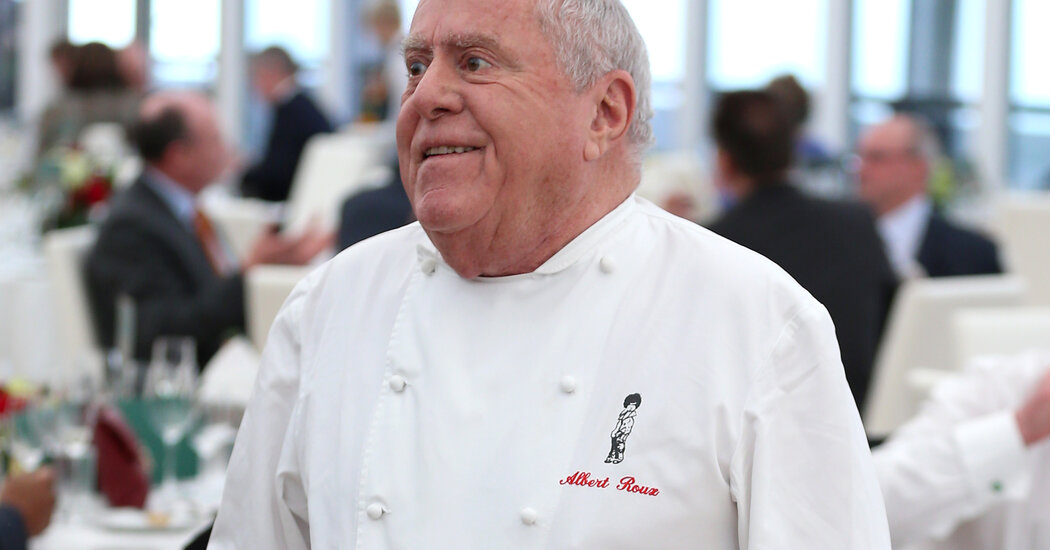 Mr. Roux and his son had recently opened two restaurants in Scotland, where Mr. Roux liked to go fishing.

In 1986 Mr. Roux set his sights westward, to Santa Barbara, Calif. There he invested in his first American gastronomic venture, Michael’s Waterside Inn, which was established by an American protégé, Michael Hutchings.

The year-round mild climate, abundant fresh produce and seafood appealed to Mr. Roux. And he had much to say about the American culinary possibilities in California, where the vegetables may “look more beautiful” than French or English vegetables, but “they do not taste as strong.”

He told The New York Times in 1986 that America’s beef was “unbeatable” and its veal “fantastic,” but that its lamb, though tender, left “a little bit to be desired.” Still, Mr. Roux said Americans were becoming “alert to what they have around them rather than go and import it.”

Asked in a 2016 interview, “What drives you on?,” Mr. Roux answered: “Wanting to train and help people. I get such happiness from training chefs, ‘making a racehorse out of a donkey’ as I say. I never give up on people.”

The solution in many European countries — to stop using seemingly riskier vaccines in younger people, who are at lower risk from Covid-19...
Read more
WORLD

South Africa has faced blow after blow to its pandemic-control efforts: A worrisome variant swept across the country, driving a devastating second wave...
Read more
WORLD

By then, Mr. Robson had in fact made two friends, both Irishmen working for Victorian Railways. They decided to pretend he was a...
Read more