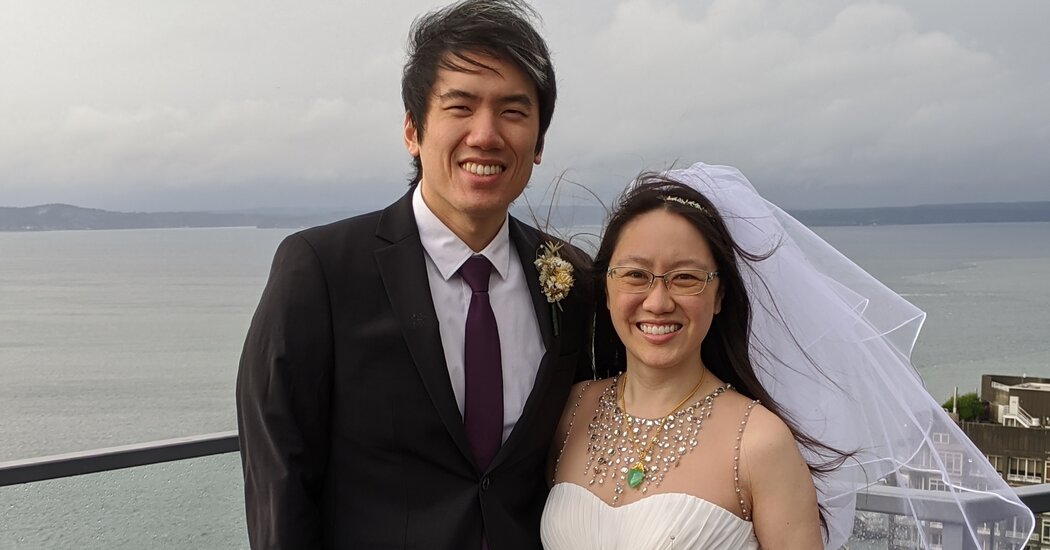 The spreadsheet that Nicole Alison Woon and Jeffrey Ryan Chheng use to record the restaurants they’ve patronized in Seattle, nearly over 500 and counting, can be read as an oblique diary of the couple’s developing relationship. It contains Umi Sake House, the sushi spot where Ms. Woon and Mr. Chheng had their second date; RN74, a Valentine’s Day tradition every year since they began dating in 2017; and Sushi Kashiba, a birthday favorite of Ms. Woon’s and a place that evokes their time traveling in Japan.

“I remember one of the things Jeff had on his dating profile was that he liked going to explore new restaurants and bars and so I was like ‘Great, I have someone to go eat with and try new places in the city with,’” said Ms. Woon, a program manager at Microsoft. “It just kind of built from there.”

Ms. Woon began organizing her culinary adventures in spreadsheet format while attending University of Pennsylvania, where she received degrees in engineering and in economics and a masters in mechanical engineering. When she moved to New York, for summer internships, and Boston, to join Microsoft, she continued to keep a detailed database of her restaurant excursions. But it was only when she moved to Seattle in 2017 and met Mr. Chheng, that she finally found someone who could (almost) keep up with her appetite for food, urban exploration and organization.

“She’ll keep me honest and make me go to a new place instead of going to Shake Shack like 10 times or the same ramen place over and over again,” said Mr. Chheng, a front-end engineer at Amazon. (Mr. Chheng’s proclivities sometimes win out: after the couple’s wedding ceremony on Dec. 21 they dined on Shake Shack with their only guests, Ms. Woon’s parents and Mr. Chheng’s brother.)

The couple’s passion for cuisine extends even into the virtual realm. One of their favorite video games to play together is “Overcooked,” which requires teams of players to work together to fulfill food orders. “I feel like if you play ‘Overcooked’ and you’re not happy with the person you’re playing with, you will get very annoyed with how they do things and I never feel that way with Nicole,” said Mr. Chheng, who graduated from the University of Washington.

It’s ultimately operating in sync, spending time together and honing their shared sensibilities that Ms. Woon and Mr. Chheng enjoy about collaborative games, restaurant hopping and their other shared interests (musicals and travel). “We can almost read each other’s minds,” said Ms. Woon, 28. “I didn’t know you could develop that sense of understanding with another person.”

Mr. Chheng, 30, proposed on Dec. 21, their two-year anniversary of dating, at Pacific Park on the Santa Monica Pier near Los Angeles, Ms. Woon’s hometown. They rode the Ferris wheel twice that day but it wasn’t until the second spin that weather conditions improved and Mr. Chheng’s anxiety abated enough to allow him to follow through with his plan. It was almost scuttled for a second time when Ms. Woon, enchanted by the newly visible sunset, suggested they take pictures while their car was stopped at the top of the wheel.

Luckily, they had enough time afterward for Mr. Chheng to ask Ms. Woon to be his wife. A year later, the couple were married on the rooftop of their Seattle apartment building by Judge Faye Chess, who agreed to officiate during the winter holiday period even though the Seattle Municipal Court was closed because of a Covid-19 exposure.

Giving climate change a worthy amount of attention can seem a daunting task. The scope of the problem is colossal; the obstacles...
Read more
Lifestyle

Managing MotherhoodOne of my responsibilities is managing a team in another state. That department is used to a lot of freedom. I’ve implemented...
Read more
Lifestyle

How Do I Gown After a Mastectomy?

I have always had a large bust, but I am about to undergo a bilateral mastectomy. I do not intend to undergo any...
Read more