15 Years of Giving Authors the Mic 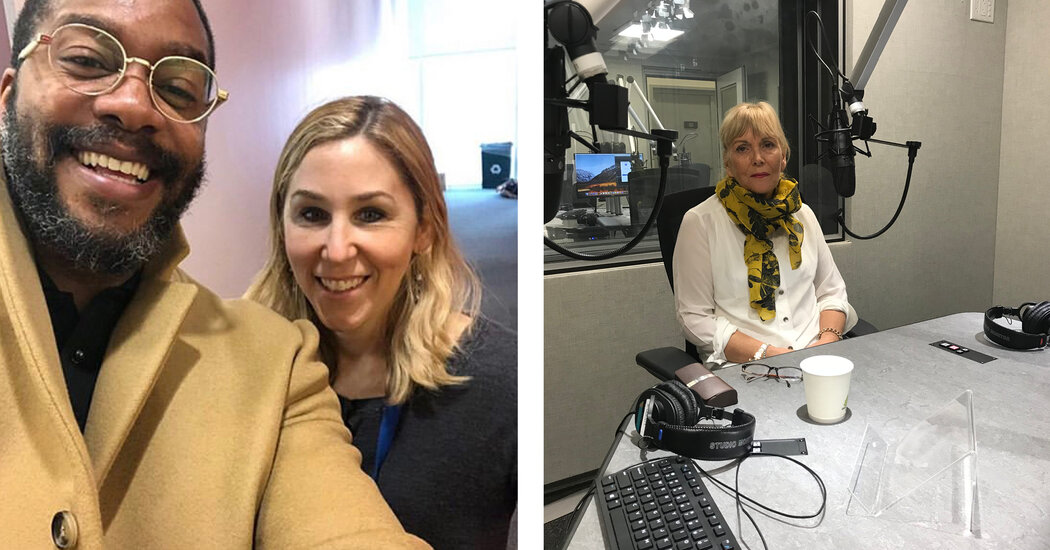 So much fun for both Sam and Pamela that the podcast has missed only three weeks since it began — the first three weeks of quarantine in March 2020. Under Pedro’s guidance, Pamela and the rest of us quickly ordered the necessary recording equipment to have at home, and the show returned from its brief hiatus on April 3, 2020, with the clinical psychologist Lisa Damour talking about the challenges of raising children during the pandemic.

“There’s a kind of intimacy to it,” Pamela said. “We feel like we’re just talking to our friends and colleagues, but it’s clear from the feedback we get that listeners feel they’ve gotten to know us the way we know each other. It feels like there’s an ongoing relationship.”

Gary Shteyngart was the first author to appear on the show, in the third episode, discussing his novel “Absurdistan.” In the years since, it’s difficult to name an author who hasn’t appeared. For several years, literary rock stars signed their names in a small room on the fifth floor of the Times building, creating a literary Wall of Fame.

Then there have been the actual rock stars. Sam remembers the buzz that accompanied his conversations with Keith Richards, Patti Smith and Andre Agassi about their books. “I took Smith and Agassi on tours of the newsroom, and people were dazzled,” he said. “Patti especially. Journalists climbed over cubicle dividers to tell her, ‘I heard you at Roseland in ’76.’”

J.D. Biersdorfer, the Book Review’s production editor, recalls having a long talk about rabbits with Amy Sedaris after Ms. Sedaris spied a picture in the office of J.D.’s pet rabbit Caramel.